Throughout the global stock market last week, European and American stock markets remained relatively stable, and the Asia-Pacific market ended the week at a low price. Gold prices were high last week, while oil prices fell. In Australia, both the retail industry and housing construction approval numbers have shown gratifying records in the past 12 months. Experts point out that this seems to show that the policy of lowering official interest rates has worked.

In the Asia-Pacific stock market, Hong Kong's Hang Seng stock market closed 58 points higher last Friday, up 0.1% a week.In Shanghai, the Shanghai Composite Index fell to a low of five and a half months, falling 5% in a week, and the Shenzhen Composite fell 3%.In Taiwan, the weighted index rose slightly by 0.2% last Friday, and fell 0.2% over the week.In Japan, the Nikkei index rose 0.2% last Friday, the worst performance for the week since October last year, with a cumulative drop of 10%.South Korea’s Seoul Composite Securities Index hit a 4-month closing low last Friday, mainly due to the drop in shipbuilding stocks such as Samsung Heavy Industries. The Seoul Composite Index closed at 1938 points, down 0.4%, and the index fell 0.4% this week.In Australia, last Friday, Australia's two major stock indexes experienced similar declines. The All Ordinaries index fell 11 points and stopped at 5316 points, and the ASX200 index fell 12 points and closed at 5312 points.

In the Australian economy, the retail industry has performed well. ABC Financial experts pointed out that this was mainly due to the good retail performance before Christmas last year. Figures show that retail sales in Australia rose 11% in November last year and 0.7% for the year. Only department stores and food sales experienced negative growth. This seems to show that Australia's low interest rate macroeconomic policy has worked. 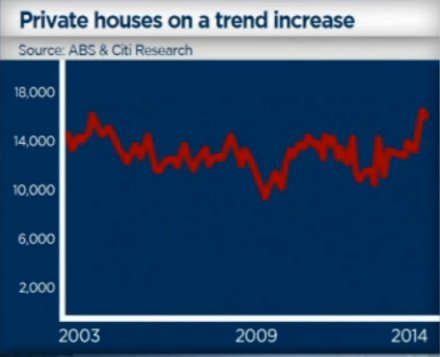 In terms of gold prices, the price of gold has risen. The number of non-agricultural jobs created in the United States last month was far less than expected. The market expects that the Fed will gradually reduce debt purchases this year. The fall in the US dollar has driven gold prices to rise. New York gold futures closed at $1246.9 per ounce on Friday, up $17.5. The price of gold has risen by nearly 1% in a week, which is the third consecutive week of increase and the longest weekly increase since August last year.