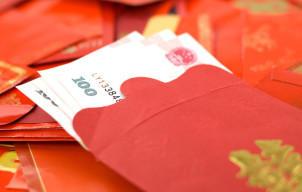 The Spring Festival, which can be described as "fun", seems to exist only in childhood memories. When we get to the age when we are forced to marry by our parents, the Spring Festival is no longer so interesting. However, the recent hot "grab red envelope" game may make this Spring Festival different.

"Snatching red envelopes" is not strictly a game. It is a commercial marketing for Tencent to gain access to the mobile payment market through WeChat. However, the vast majority of people who are keen to play "Snatching Red Envelopes" and "Sending Red Envelopes" do not care whether they are caught in Tencent's trap, nor do they care whether they have earned ten or twenty or lost eighty one hundred. One more reason to be happy, one more platform to have fun with friends, to sprinkle chicken essence for the Spring Festival is actually enough.

On the Spring Festival transport train, in previous years, you could only watch American TV shows, play poker, and eat melon seeds. This year, you can stay in WeChat groups and grab red envelopes from leaders, colleagues, and classmates. A wonderful thing. Too few WeChat groups? There are so many people in each carriage, just shake it and form a group. The once monotonous way home has thus become a distance measurable by the number of red envelopes.

On New Year's Eve, all TV stations broadcast the "Chinese New Year Tucao Gala", presumably many people will not stare at the TV screen, but will lock their eyes on the phone screen. Those who can be so enthusiastic that Tencent servers frequently go down, I am afraid that they will no longer have the interest and time to complain about the Spring Festival Gala. What they care about is how to grab red envelopes faster. No wonder someone ridiculed that "Grab the Red Envelope" was the rescuer moved by Feng Xiaogang, the director of the Spring Festival Gala.

The popularity of the Internet age is changing rapidly. "Stealing vegetables" seems to be an old story in the last century. "Aircraft wars" have quickly changed from being crazy to no one. Now the popular "grabbing red envelopes" can hardly escape quick death. fate. This game of using boredom to fight against boredom will soon be abandoned by people, but it is certain that it can at least become a kind of "New Year custom" for the Spring Festival this year, giving the Spring Festival a little more fun and making familiar friends Hi together. Of course, there are also the New Year blessings during the flow. Just as some netizens said, "If you can't afford to spend money, just disperse greetings and blessings to friends."

Sending red envelopes is a Spring Festival custom in many places. Today's mobile is only used for social networking on the Internet, but it has given new tricks to the old tradition. But even such a small innovation has aroused the enthusiasm of hundreds of millions of Chinese to participate, and brought a carnival-style joyful experience to everyone who participated in the game. In addition to admiration, it is not difficult to see that many traditional festivals have declined, not because the public has lost their interest in and participation, but because most of the so-called traditions are out of touch with the times. If there are more fun "New Year customs", the Spring Festival can actually become very exciting.

96 cases of human infection with H7N9 were confirmed nationwide this year, 20 deaths-Australia

Foreign media: China may choose a big tiger as a breakthrough in anti-corruption in 2014