Why must I go to Australia once in my life? Some people say that‏

Australia, here is the most livable place in the world. There is a reason to fall in love with it.

Australia is one of the seven continents in the world, with a land area of ​​7,682,300 square kilometers. Its size is similar to that of the United States (except Alaska), roughly equal to the sum of the territories of all countries in Southeast Asia, or about three-quarters of China's territory. Australia has a population of 1,900 million and only 2.5 people per square kilometer. Did you know that the world's largest livestock farm is in Stangeray Spring, South Australia? The area of ​​this spring is equal to that of Belgium.

The blue sky, bright sunshine and pleasant climate. There have never been extreme temperatures here, so no matter when, Australia is an ideal place to travel. Whether it is skiing in Melbourne, Australia from June to September, or a beach holiday in Queensland at any time of the year, it is a great choice. In Australia, the hottest weather in Melbourne in summer will not exceed 3 days, and the winter climate is mild. In Sydney, the typical winter climate is around 16 degrees Celsius.

No matter when you are visiting Australia, there must be a festival, celebration or special event taking place. Some events are international and receive news reports broadcast worldwide. These activities include the annual Melbourne Cup horse racing and the exciting Australian Formula One World Championship held in Melbourne, the spectacular Adelaide Festival, the colorful Canberra Flower Show, Sydney's unique scene, and the wonderful "Gay Parade" , The annual Sydney to Hobart Yacht Race, Darwin’s "Beer Can Boat Race" and the biennial Barossa Valley Wine Festival. 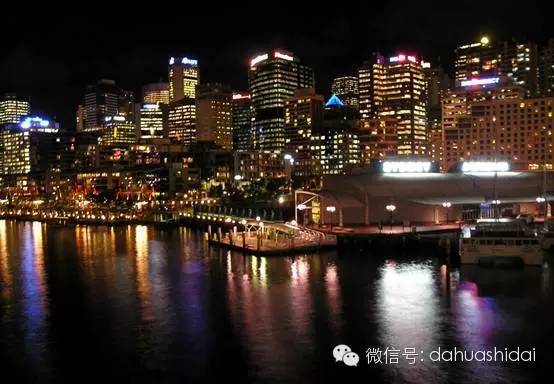 Since many major airlines provide multiple scheduled flights from major cities in Asia to Australia, traveling to Australia, studying abroad, and trade are both convenient and cheap. Compared with some Asian cities, the cost of food in Australia, hotel reservations, and air tickets is also cheaper. From the most exclusive five-star hotels to setting up tents in camps, Australia offers a variety of different accommodations to meet various travel budgets and personal preferences. You will be surprised to find that your money is so abundant when shopping. 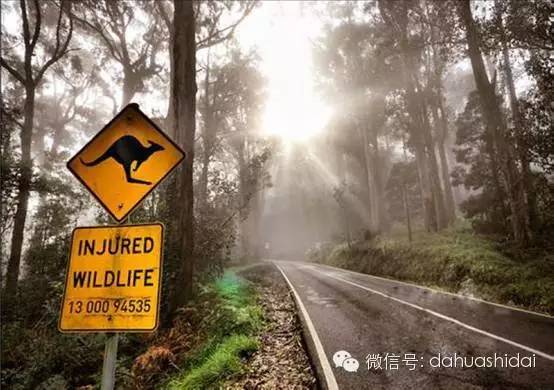 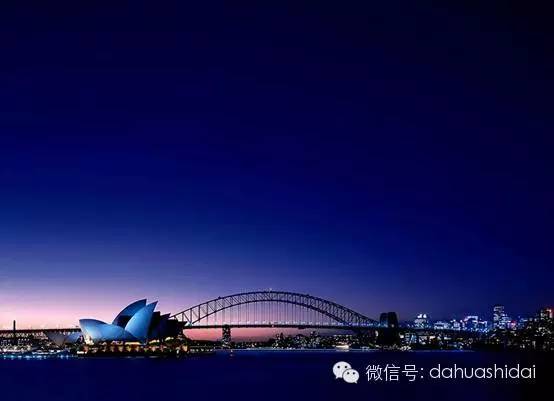 These spectacular buildings include the Sydney Harbour Bridge, the Sydney Opera House, the AMP Observation Tower (324.8 meters high), Queensland’s Sunshine Farm, the Big Pineapple Park (16 meters high) and Canberra’s 478.4-bell clock tower ( The largest bell tower in the world). Did you know that Australia has the longest straight railway in the world, XNUMX kilometers long? This section of railway is located between the towns of Ooldia and Nurina in Western Australia. 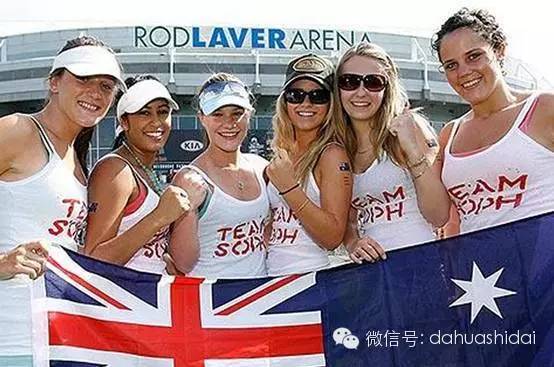 Australians are very friendly. They love nature and know how to enjoy their free time. They are also very good in sports, which can be learned from their dominant position in world rugby, cricket and swimming competitions. Australia is the oldest continent in the world. The local indigenous people have lived there for more than XNUMX years, and they have a rich and colorful culture. Their art, their knowledge of the land, and their myths about how the earth was formed are all worth exploring. During a holiday in Australia, you can see free performances by street performers in large shopping malls, streets and railway platforms. You can also enjoy the folk dance party, the dance party celebrated by the local indigenous people. 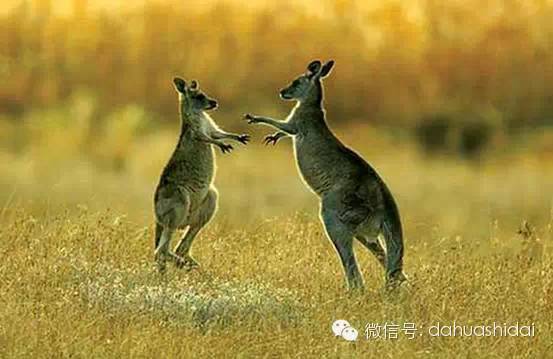 Kangaroo is the largest marsupial in the world, its weight can reach 65 kg. (The fetus of a marsupial does not develop in the womb but in the pouch.) The world’s only egg-laying mammals, echidna and platypus, have been discovered in Australia. They are two of the three mascots of the 2000 Sydney Olympic Games. The former is called Millie, while the latter is called Syd; the third mascot is Kookaburra, called Olly. Koala is also a native animal of Australia. In Australia, you will see camels roaming freely in the mainland. There are more camels here than anywhere in the world. 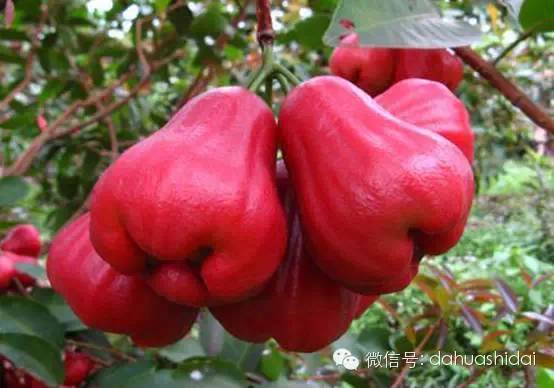 No matter where you are from, you can find your favorite dishes from a variety of foods. Those who are more daring can also try kangaroo steak, crocodile burgers, and cossard larva soup. (The wood codling moth is a maggot-like larva of one or other species of long-horned beetle. It is called Witchetty in the local aboriginal language.) For seafood lovers, Australia has a large number of fresh and plump indigenous fish and shellfish for sale. It's cheaper than anywhere else. Australia's more famous seafood are trout, lobster, crab, Sydney hard-shelled oysters, crayfish, abalone, crayfish (a kind of lobster) and smoked salmon from Tasmania. Also, you can immediately taste the famous Queensland mud crab caught by yourself. This is a unique and unforgettable experience. The fruits offered throughout the year are bananas, grapefruits, crusty watermelons, cantaloupe, honeydew, papaya, passion fruit seeds, pineapple and strawberries. Seasonal fruits include mangoes, nectarines, peaches, avocados, green seedless grapes, apples, oranges, kiwis, lychees and citrus. (Click here to enter) You can get more information about various fruits in Australia. To add fun to your menu, you can also choose from a variety of Australian wines that have won international awards. 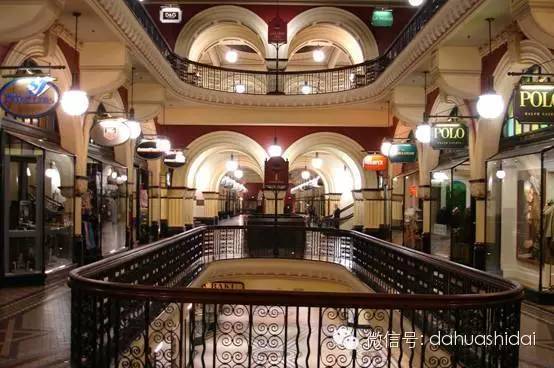 Here you will find outdoor markets, department stores and designer clothing stores, as well as everything else that allows you to enjoy shopping during your vacation. In addition, the process of finding and buying unique products is also very interesting. In addition to selections ranging from clothing and household items to fine wines and a variety of cuisines, you can also find many first-class and great-value items. The unique souvenirs here include indigenous crafts, native Australian costumes, wide-brimmed hats, woodcut crafts made of local wood, beach clothing, popular clothing designed by top Australian designers, opals and color diamonds, gems, jewelry, Wool clothing, cashmere products, leather products, wine from Australian wineries, glass products and ceramic products.

Australia’s national power is strong and its people are happy. No matter where you are, whether you have been to Australia or not, don’t be misled by subjective impressions and Australia’s simple municipal construction, because it is really a vast land with sparsely populated areas and vast resources.

Looking at the following data, you will know where Australia is really: It has only a short history of more than 200 years of founding a nation, a population of 2300 million, but it has many world-leading technological inventions; and it has 12 Nobel Prize winners, of which 9 He is the winner of the medical award, so it will become one of the mainstream countries for studying abroad.

Not only that, Australia uses its strong medical power to produce various health products that benefit the people. Australia is the only country in the world that uses the Drug Law to supervise health products. Health products from other countries are all food products. Only Australian health products are curative! ! Therefore, it is not surprising that everyone is yearning to use Australia's pure and natural products.