Give me 20 years and return you a miraculous Russia! --Putin's Quotations Collection‏

Russian President Putin went to South Korea for a state visit. On the evening of the 13th, Park Geun-hye said goodbye to Putin and introduced him to the Korean version of Putin's biography. "This book is called "If you want to marry, you will marry Putin." Putin nodded and said: " Really?" Then Park Geun-hye pointed to the second book and said: "This book is called "Putin, the Man of Men"." Putin responded shyly: "Don't laugh at me."

1. "Give me twenty years and return you a miraculous Russia!"

Three hundred years ago, Peter the Great once said: Give me twenty years and give you a brand new Russia. More than ten years ago, Putin made the above rhetoric when he was running for president.

2. Working for my country and people is the greatest reward for me

3. I am like a rowing slave on a wooden sailboat

"Faced with the citizens who voted for me twice and elected me as President of the Russian Federation, I have no shame. For all these eight years, I have been as busy as an oars slave on a wooden sailboat, working with all my energy from morning to night. "—— Putin's speech at the annual large-scale press conference held in the Kremlin in 2008.

4. The disintegration of the Soviet Union was a tragedy 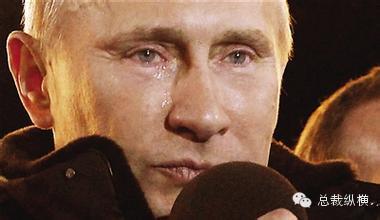 1. "Whoever is weak will be eliminated."

"There is no negotiation for territorial disputes, only war." "The rules of the jungle are effective for a long time." "Russia has only two allies-the army and the navy." "The anger without strength is meaningless!"

"Although Russia is large, no inch is superfluous." Regarding Japan's request for the four northern islands, Putin ridiculed contemptuously "I have the ability to grab it!"

3. "I don't want to say that your point of view is farting. Although this is indeed farting, we will listen to opinions in good faith."-Views of a German minister

4. "The American motive this time is no different from any of their other motives: order your house to boil eggs!"

5. "Even if the Kremlin is sold, a new generation of strategic nuclear submarines must be built in time, because this is related to Russia's future."-Speech to military generals

6. "People who do not give Russia a way out, we will not give them a way to survive." —— Putin said this when asked if NATO military intervenes in Georgia.

2. Do not trade with animals

In response to a Western reporter's question on whether the Russian government will negotiate with Chechnya's illegal armed forces, Putin asked: "Why don't you talk to bin Laden? Why don't you invite him to Brussels or the White House to negotiate, ask him what he wants, and then Give him what he wants, and let him leave quietly?" Putin said unfinishedly: "You don't think you can deal with beasts. Why should we negotiate with people who kill children? No one has the right to teach us morals, let us Negotiate with the child murderer!"

3. "If you want to become the most radical Islamist and prepare to be circumcised, I invite you to Moscow. I will recommend the doctor to perform the operation on you, so that you can't grow anything in the future."

1. "Look here! Listen to me! If it feels boring, please..."-At a meeting, some officials whispered to each other, and Putin issued a warning

2. "Everyone should always understand the truth: the law must be obeyed at all times, not when you are caught somewhere else."-Putin's comments on the Yukos case in November 2003

4. Housing, education, and medical care should be given to the people like air and sunshine. If a government cannot do this, it is a government without a conscience.

5. "I want to remind you that I want this to be done quickly, to be commensurate with the dignity of Russian officers, and not to let our people continue to live in those disgusting Khrushchev buildings."—— Putin's speech at the meeting of senior military generals in November 2007

XNUMX. Deal with the media

1. "People should be free" "Let me be honest with you, Russians don't want Iraq's democracy at all."-In response to someone criticizing Russia for democracy

2. "There is a well-known Italian film that says: real men have to constantly think of ways, while real women have to keep struggling."-Answering a reporter's question about freedom of speech in Russia

3. In 2006, a reporter asked Putin "when was the first love", Putin replied: "I don't remember. But I remember exactly when the last time was. I can be sure, accurate to the minute."

4. When I heard about the Israeli president’s sex scandal, I told an Israeli reporter: “Please say hello to your president for me. He must be in great health. He has an affair with 10 women! He really surprised us and envied us! "

5. In September 2000, when a reporter from the US CNN TV station asked what happened to the Russian nuclear submarine "Kursk", Putin gave a short answer: "It sank."

6. "There are too many leaders, and the final decision is the head of state. This is of course a heavy burden. It involves the leader of any country, whether it is a big country or a small country. Do you think Bush is easy?"—— In February 2008, Putin at a large press conference

Six, the principle of life

1. "The first thing a person should follow is not the opinions of others, but his own conscience."

2. "Don't regret anything. Once you regret it, you will inevitably feel sad when you look back. You have to think about the future and you have to look forward."

3. "As for faith, I tend not to discuss this issue in public at any time."

4. "People need to clearly reflect a quality-this is tolerance. In my opinion, tolerance is often a decisive thing."

2. "There is no person who has no weakness. Every new generation will be better."

3. "Although I often pay attention, I can't always show a pleasant smile." "Occasionally, I feel decadent."

4. "I am used to learning to allocate the necessary time and do something I want."

5. "To be engaged in judo is something I consciously and voluntarily in my life. It is not only a sport, but also seems to be a philosophy. It teaches me to treat my opponents with respect."

6. "Learning English-a bit like an intellectual sports program to me."

8. "Books-of course very important, but around your life, there are more important things-family and friends."

Well, live like a Nordic: simple, natural and happy‏

Literature teacher drifts in Canada: the difference between China and Canada from the details of life‏