Too rich to cause trouble? Nearly tens of millions of Australian dollars were looted and stolen in the Chinese settlement in Melbourne's east end! ‏

According to ABC News in Australia, in May, a group of masked robbers frequently committed burglaries around Dancaster in the eastern part of Melbourne, stealing a total of nearly tens of millions of cash and property.In just one burglary, A$300 million in jewelry and A$25 in cash were stolen.

Senior Inspector of Victoria Matt Volk said,This group of masked thieves deliberately ransacked the relatively affluent areas of the Eastern District. They stepped on the houses with alarms in advance. Usually before 6 to 10 pm, they found no one in the house. Then the alarms were completely disabled, and then they went in and ransacked outside. Usually there are 2 to 3 people standing guard and patrolling. The whole process is very organized and purposeful.

The police appealed to the people in the area to report any suspicious tasks and activities. Matt Volk said, "We are urging all sectors of society to come forward. If you find anything suspicious, please call 000. The picture below shows a photo taken by a camera in the city when a masked criminal enters the room and robs. From the screen, they are around 8pm Entered a house in the White Lodge Court community. They wore face masks, black gloves, and leather jackets with hoods. 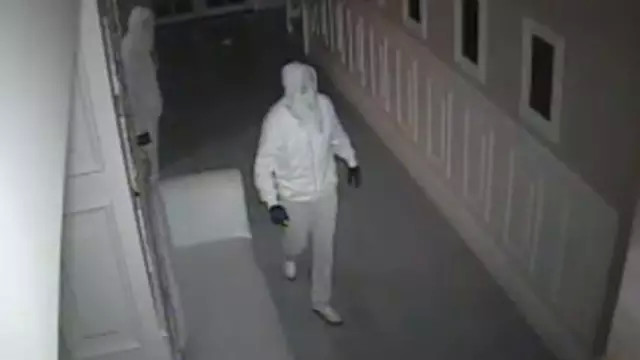 At present, nearly 20% of the houses in the area around Dancaster are owned by Chinese. I don’t know if this large-scale theft is aimed at Chinese. I also hope that the Victoria Police will solve the case as soon as possible. However, 300 million Australian dollars in jewelry and 25 Australian dollars in cash were stolen from the home at one time. It is speculated that usually only Chinese households will store so much cash assets. The editor was heartbroken when he saw that the Chinese were stolen. I just saw the news released by the Australian media ABC News 10 hours ago. I immediately edited and reported to the Chinese in Australia. Be sure not to reveal their riches easily. Be a low-key person. The gap between the rich and the poor in Australia is increasing. The more powerful, ordinary foreigners are slowly being squeezed away by Chinese buying houses, making it easy for thieves to target the houses in the Chinese area. After all, the Chinese are rich and well-known.

The Australian Immigration Department bans UGG: I am sick when I wear it to work!