What is the local food of Tai O Village? Don't say you have been to Australia if you haven't eaten it! ‏

Many people think that the quintessence of the Australian food industry is the national snack Meat Pie, the "notorious" Vegemite and the sugary Timtam are really too youngto naive~ Today I will take you to open your eyes and see how many people are. Ignored local Australian food! Damper Danbo bread is the most representative bread in Australia, with a history of decades. The traditional method is to bake it in a coal campfire, so the previous Damper is charcoal black. When eating, Damper is often served with dried meat, cooked meat or yellow syrup. Billy Tea is a culture that prevails among the indigenous people of Australia. It is called Billy Tea because it is placed in a Billy Can (Billy Can), built on a stand with branches outdoors, and hung on the fire to cook. Before drinking, the aboriginal people would take down this big pot, raise their arms and make a few large circles in the air, separating the tea from the tea by centrifugal force. The taste of Billy tea is a bit like Pu'er. You can add some milk and sugar according to your personal taste to turn it into a unique milk tea. Paviova is a dessert with meringue as the base. The crispy crust is crispy and fragrant, and the inside is a soft cake. The outer layer of the crispy skin is coated with thick cream, and then decorated with fresh fruits. If you taste it carefully, you can experience the richness of the cream, the sweetness of the fruit, and the crispness of the crispy cake. Kangaroo, as a unique animal in Australia, is of course a unique ingredient in Australia. Kangaroo meat is more like beef with thicker fiber in taste. Kangaroo meat STEAK can be tasted in Western and Chinese restaurants. The methods and flavors are different. Some shops also sell "kangaroo jerky" made into small bags, which are also popular with tourists. Lamington is recognized as a national treasure of Australia and a symbol of Australia. The appearance is very delicate, the cake is coated with a layer of rich chocolate syrup, and then dipped in white coconut paste, with cream or jam inside. 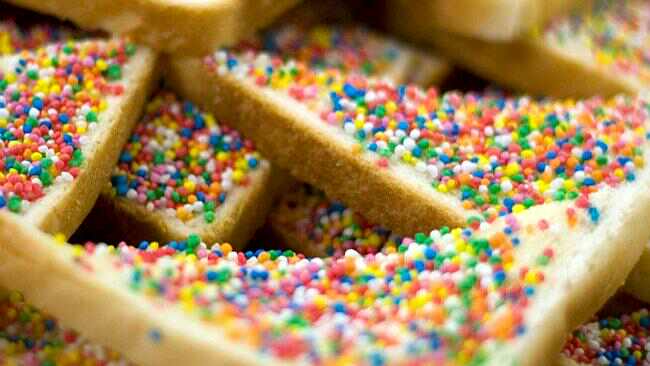 Slice the roasted toast, spread a thick layer of butter, and sprinkle with colorful sugar beads. It is the favorite snack of Australian children. It is a kind of sweet biscuit, popular in Australia and New Zealand. This kind of home-style biscuits is said to be the love biscuits that the women who stayed behind at that time baked their loved ones who were called up to fight overseas. It was later handed down as a memorial, so it was also named after the "ANZAC". The stuffing is minced meat and then wrapped in pie crust and grilled. It has the same effect as meat pie. It is full and juicy after biting, and it is more delicious with tomato sauce. The locals in Australia are slightly older, and they have eaten a snack called Iced VoVo when they were young. The status of this snack in their hearts is like our "Xinxin Cup" and "Bubu Star". In Australia, besides TimTam, you can try Iced VoVo to experience what snacks Australians eat when they are young. 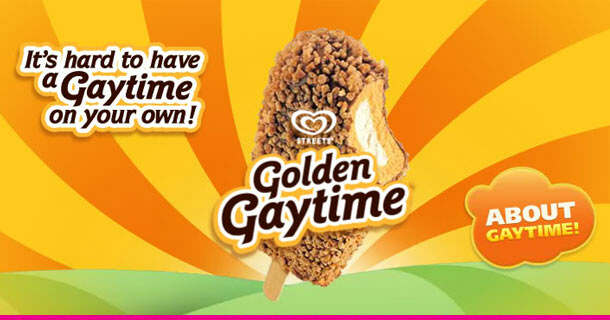 This local ice cream, whose name is ridiculed, is the number one ice cream. The inside is toffee and vanilla flavors, and the surface is covered with honey-flavored biscuit crumbs. The wagon wheel biscuits are filled with two biscuits and marshmallows sandwiched, covered with chocolate sauce. You deserve the fusion taste of the two sweets! Vanilla slice is actually found in cafes and bakery all over Australia. It is made with lasagna and vanilla cream. For Australians who like to eat sweets, this cake is already relatively "light", and the taste is also very crisp and delicious. Macadamia nuts are also called macadamia nuts. In fact, Australia is the largest producer. The nuts are crispy, tender and delicious, with a unique creamy fragrance, and are known as the "king of nuts in the world". It is rich in monounsaturated fatty acids, has the effect of regulating blood lipids and blood sugar, and is also beneficial to improving brain nutrition. This kind of square, simple and plain biscuit was originally used for charity, and it was a snack launched by the Office of Aid Army. This is an Italian name, but it has become a classic dish in Australian bars. It goes with a great beer! In addition to traditional cheese, patties and vegetables, the most unique beet burger is the addition of delicious beetroot. Beet burgers are very delicious, with a slightly sour and sweet taste. They are used in burgers to replace pickled cucumbers to relieve the greasy taste.

This is a very famous local cereal brand in Australia. Founded in 1930, it is a must-choice breakfast for all children in Australia, but the taste is not ordinary... These cookies have a surface that looks like frost and snow, irregular natural cracks, crispy outer layer, soft inside, and a layered taste. It is very famous in Australia and children like to eat colorful jelly. Why is it made into a snake shape? An easy-to-carry chocolate snack very suitable for parties and children. Is it like a spider? ? ? The crunchy honeycomb toffee sandwich is covered with chocolate sauce. One bite down, two layers of texture. 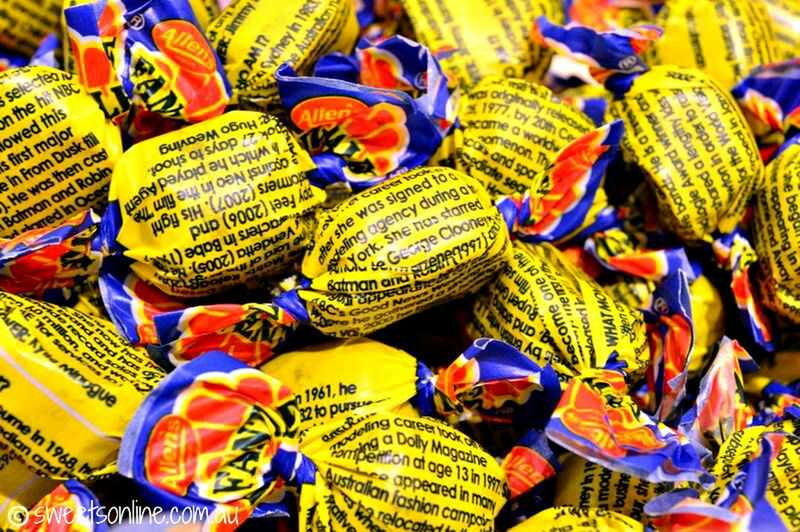 It's another Australian candy. The milk chocolate is wrapped in caramel, one bite, but the sweetness can be compared with TimTam.

Australian "Spring Rolls". The ingredients of the bread are not limited, do whatever you want! 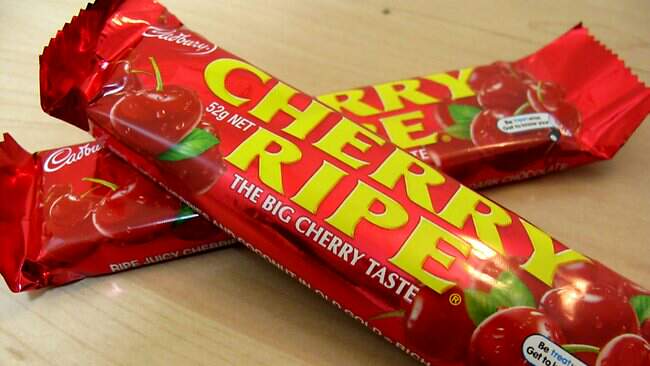 There are also three national treasures that everyone is very familiar with. Similar to the status of Lao Ganma, it also has the "famous name" of "Australian Stinky Tofu". Just like durian, people who can accept it like it, but those who can't accept it... But the nutritional value is very high! 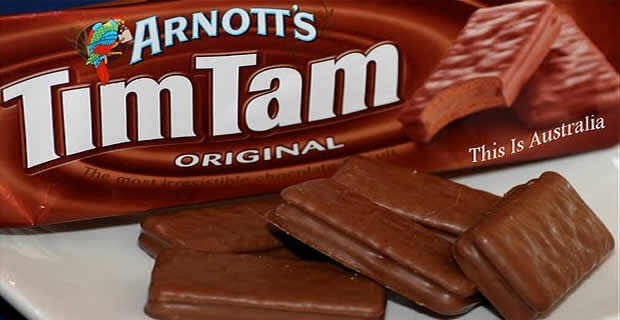 Experts know how to eat Tim TamSlam. Pick up a piece of Tim Tam and take a small bite at the opposite corner, then put it in the milk as a straw, and then eat it in one bite! Did you eat it right? If you only eat mince pies once in a while, you can't say that you are Australian! Australians love mince pies as much as BBQ!

Finally, there is a heavy taste, be careful of your little heart! The small worms as big as the palms and still leaking yellow mucus are the ingredients that Australian aboriginals have always liked to ingest protein. The typical way to eat them is raw food, which tastes like scrambled eggs. However, the codling moth larvae eaten in restaurants nowadays are all cooked, regardless of the appearance or taste of the dishes. Soup, bread or pizza, which way would you choose?

Your area is too messy! Yang Zi admitted for the first time that he had a child with Huang Shengyi! What about bigamy?

Hurry up if you want to be naturalized! Ai Ge has a new recruit for Australian citizenship test or join the test English requirements