Recently, the world's authoritative organizations have begun to publish various new rankings that are extremely eye-catching. Australia's performance on the major rankings has once again attracted hatred with the world... 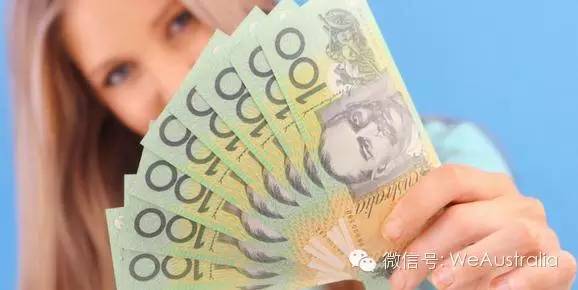 In the latest list, the top 10 countries in order of ranking are: Australia, France, New Zealand, United Kingdom, Canada, Japan, United States, Spain, Greece and South Korea.It is worth noting that Australia has a minimum hourly wage of US$16.88, which is significantly ahead of the second-ranked France by US$2 and higher than the seventh-ranked United States of US$4.79; this gap is even equivalent to the minimum hourly wage in some countries. 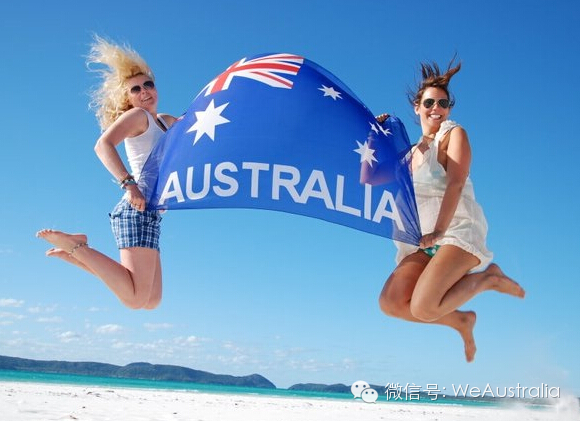 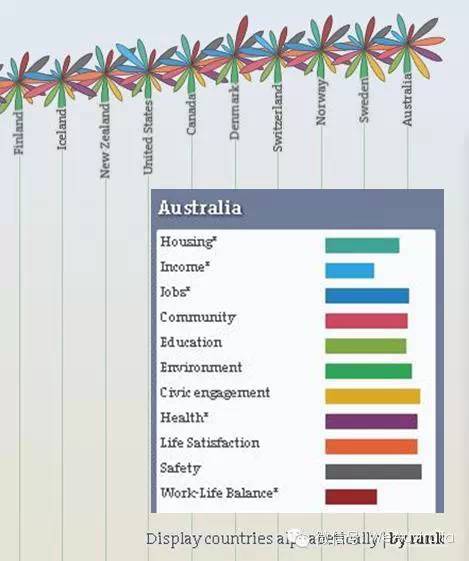 Since 2013, Australia has become the top country on the list; in the latest list of 2015, the top 10 countries in order are: Australia, Sweden, Norway, Switzerland, Denmark, Canada, the United States, New Zealand, Iceland, Finland.

Ranking of the world's most liveable cities: Australia first! 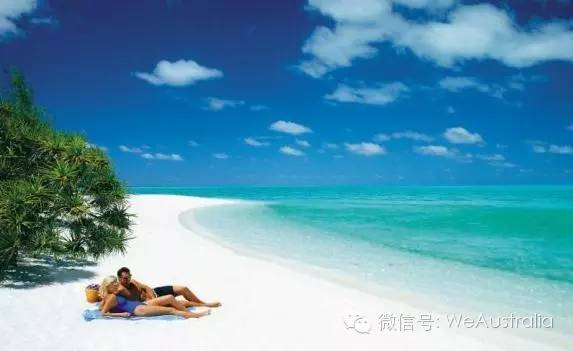 The Economist Intelligence Unit is based on30 factors including social security, healthcare, educational resources, infrastructure, living environment, etc., To evaluate 140 cities around the world, and publish the "World's Most Livable Cities Index" (Liveability Index). 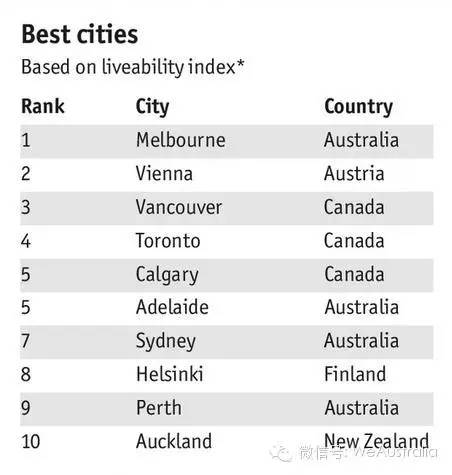 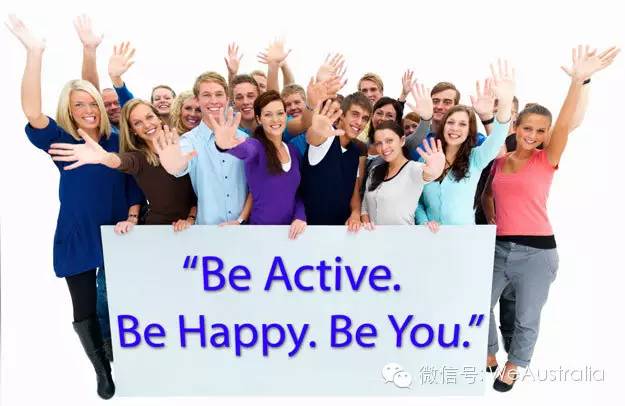 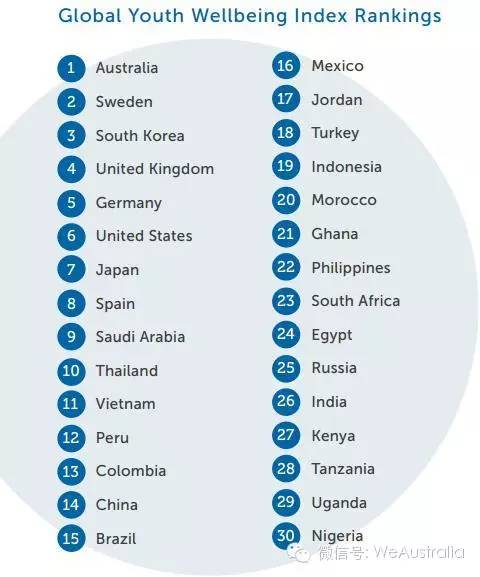 The world's top ten most suitable countries for the birth and growth of children: Australia second! 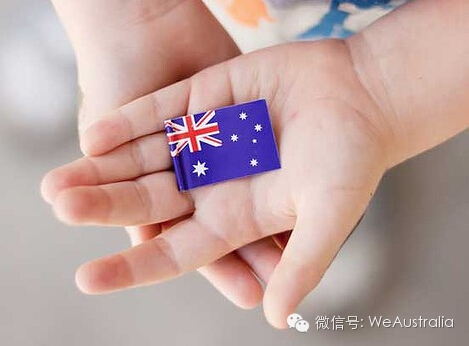 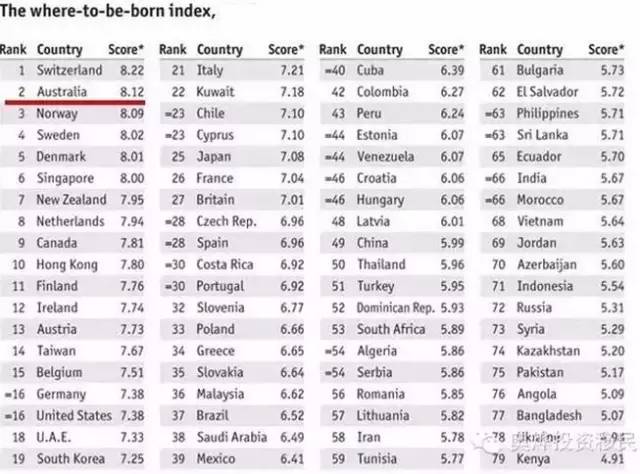 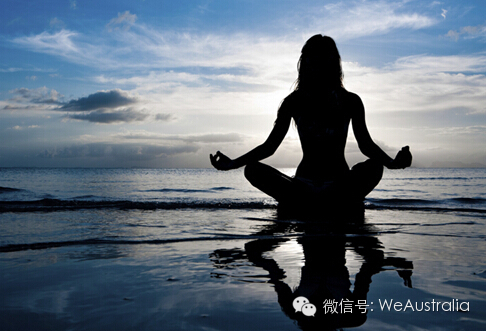 It is very worth noting that from 1980 to 2013 (no updated report has been released so far), Australia has maintained a very leading position in this ranking; in the latest list, the top 10 countries are ranked in order Yes: Norway, Australia, Switzerland, Netherlands, United States, Germany, New Zealand, Canada, Singapore, Denmark.

The best country in the world for retirement: Australia third! 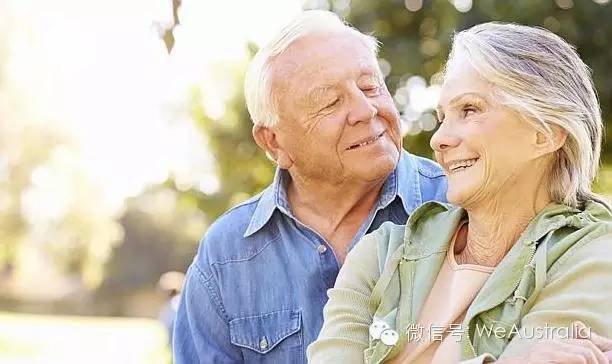 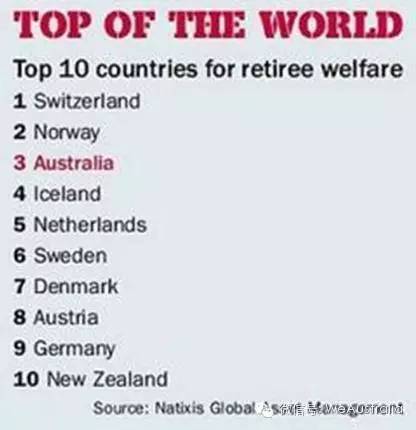 从2013年至今，澳洲在该榜单上的排名不断上升：从2013年的第11上升至2014年的第5，又继续上升至2015年的第3。In the latest list in 2015, the top ten countries in order of ranking are: Switzerland, Norway, Australia, Iceland, the Netherlands, Sweden, Denmark, Austria, Germany and New Zealand.It is worth mentioning that the general health and quality of life of Australian retirees are ahead of other countries. 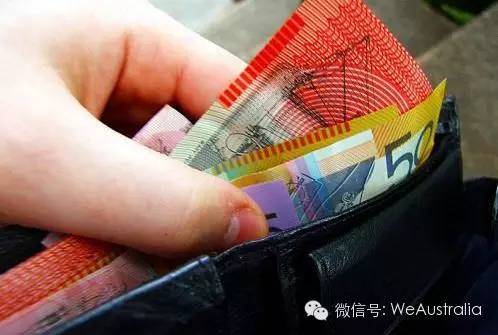 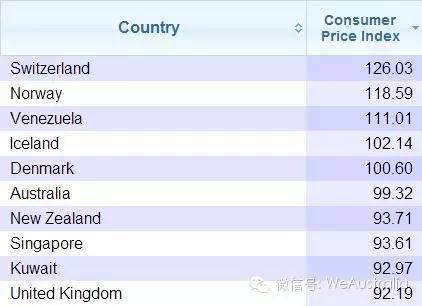 In the latest list of 2015, the top 10 countries in order are: Switzerland, Norway, Venezuela, Iceland, Denmark, Australia, New Zealand, Singapore, Kuwait and the United Kingdom.Australia ranks 8th in housing rent; 7th in commodity prices; 14th in restaurant prices; and 9th in purchasing power of locals.

The most powerful passport in the world: Australia's sixth! 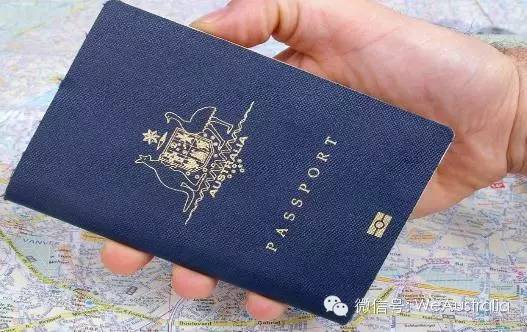 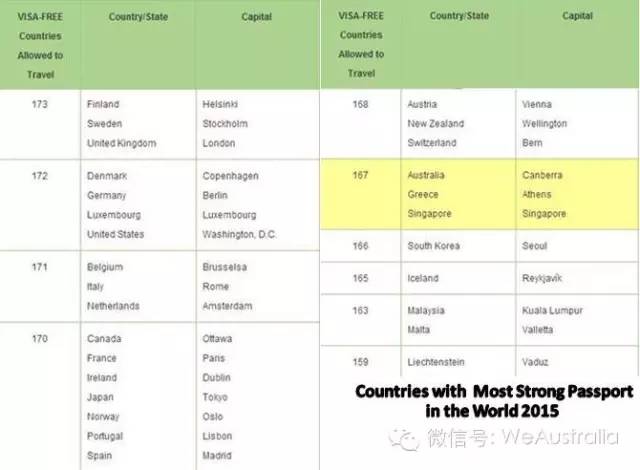 In the latest list in 2015, a total of 167 countries around the world provide visa-free permits to Australian passport holders, making Australia the sixth most powerful country in the world. 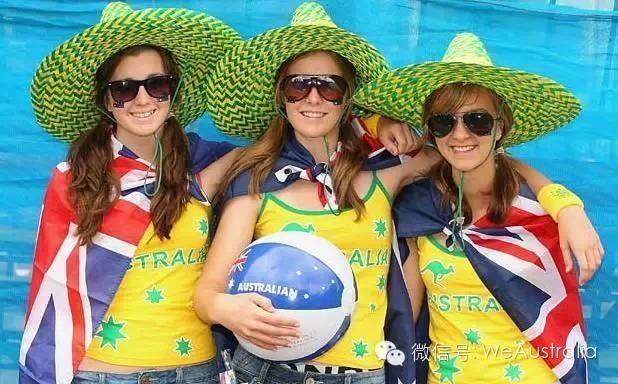 (Source: World Happiness Report 2015 official website; the report results are taken from the survey average from 2012 to 2014)

In the 2015 "World Happiness Report", the top 10 countries in order of ranking are: Switzerland, Iceland, Denmark, Norway, Canada, Finland, the Netherlands, Sweden, New Zealand and Australia.

Ranking of the world's easiest countries to do business: Australia XNUMXth! 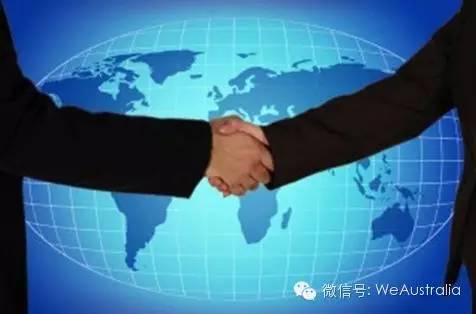 In the latest list in 2015, the top 10 countries in order are Singapore, New Zealand, Hong Kong, Denmark, South Korea, Norway, the United States, the United Kingdom, Finland and Australia. 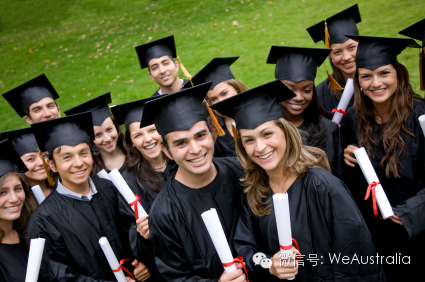 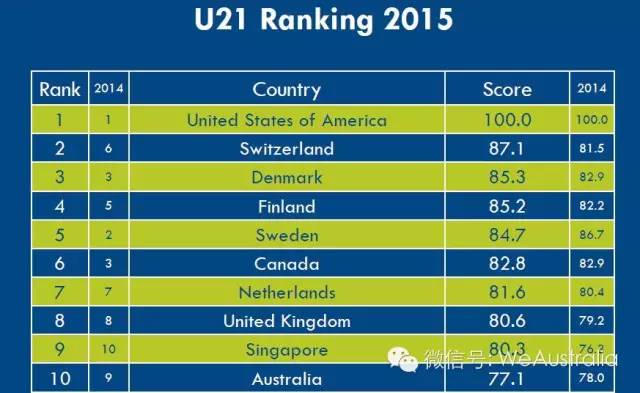 In the latest list in 2015, the top 10 countries in order of ranking are: the United States, Switzerland, Denmark, Finland, Sweden, Canada, the Netherlands, the United Kingdom, Singapore, and Australia. 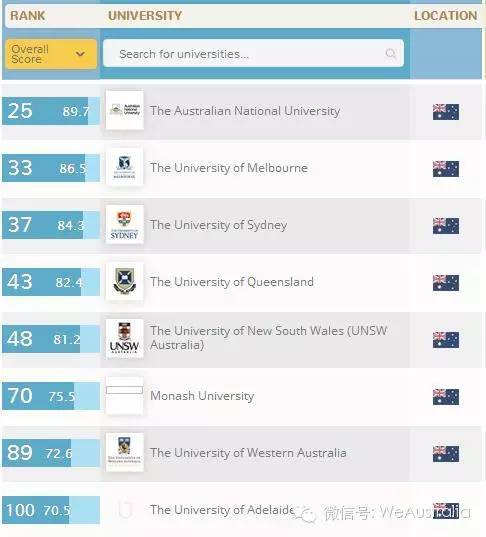 If you want to earn an enviable salary...

If you want to enjoy the best quality of life at an acceptable cost of living...

If you want to travel the world with a powerful passport...

If you want to start your own small business in an open environment...

If you want higher education that is in line with the world...

If you want to provide a good environment for your children to grow up...

If you want to have the most comfortable retirement life...

Come to Australia... because this is a country where you can enjoy your happiness!

If you live in Australia, then quickly spread the facts of Australia's self-willedness and hatred all over the world! 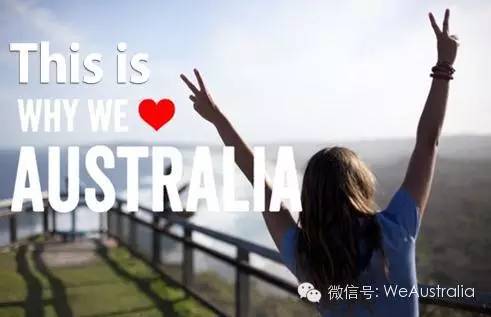 Refute the rumors! There is no visa exemption in Australia! 36 countries that are visa-free and visa-on-arrival for Chinese citizens‏

Don't throw it away if your home is broken! This is called a flower garden, your house is at most a pot! ‏

A rare giant baby born in Ao Village in 200 years! The nurses present were shocked...

Returnees from Australia: I really can't mix in the country anymore, and I'm back to Australia with a brazen face. A handful of bitter tears...‏

No wonder it's so terrible! The latest Australian rankings all over the world‏