Do you dare to do this? If there is no expectation for marriage, it is better to travel across the ocean to fall in love! ‏

Are you not satisfied with your life? I haven’t laughed for a long time, and I don’t know why...

The picture above is a photo of the American boy Matt and his wife Jessica Johnson at their wedding 11 years ago. They are now 32 years old. It used to be sweet as water, but life after marriage has become flat or even mediocre. During busy working days, they can only see each other before going to bed. On weekends, the two will fall on the sofa like a puddle of mud and watch TV to pass the time.

The passion of life eventually evaporates without a drop. In 2008, the young couple was really enough for their lives. 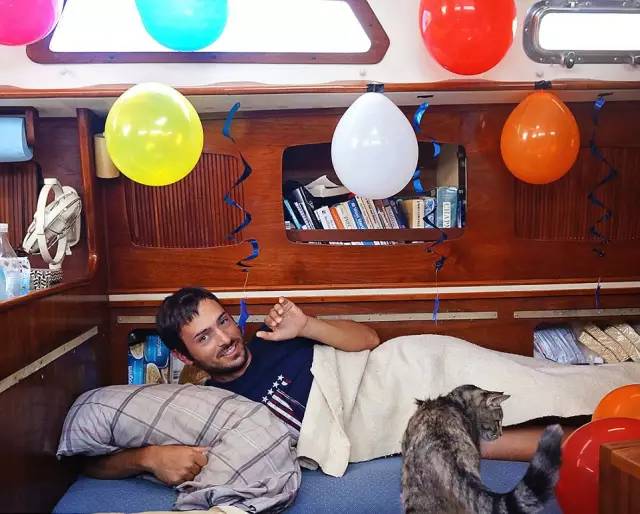 The couple did not choose to divorce. Instead, they hit it off. They took all their savings and sold all their property to buy a boat and plan to travel around the world. They lived in the cabin-you are so capricious, have you discussed with your parents!

The point is, neither of them sailed. 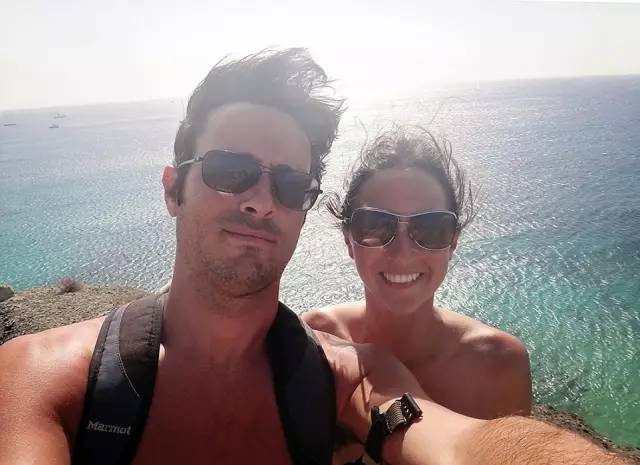 Matt used to be a car sales manager, and his wife Jessica Johnson was a claims specialist in an insurance company. For the dream of sailing, the two used their spare time to practice sailing skills.

After three years of practice, on August 2011, 8, the couple left their hometown in Michigan and sailed into the afterglow of the sunset. They have never looked back since. 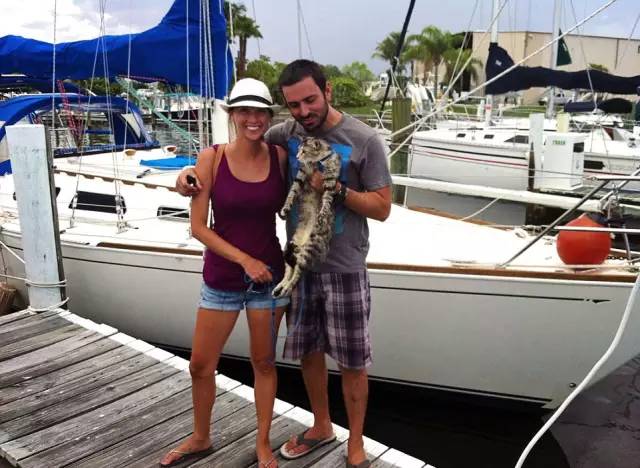 The long road is long and you must be accompanied. During the trip, the two adopted a cat named Georgie in 2012. 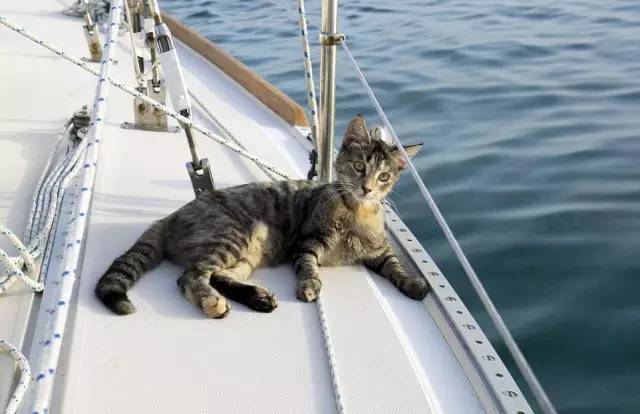 On the deck, this lady Meow stood firmer than the two masters. Its favorite thing is to sit on the deck and think about life and watch the fish swim around. Occasionally, I will go swimming. Yes, some cats do swim. 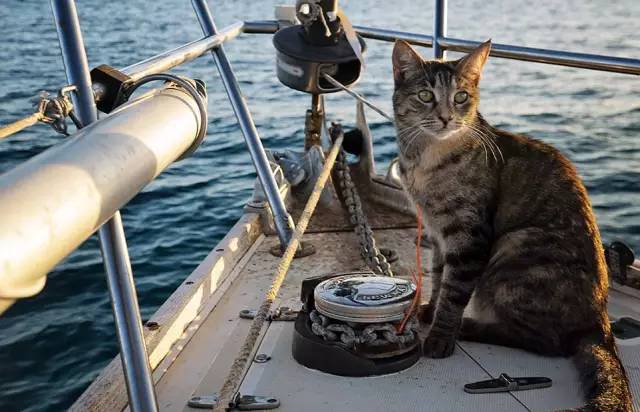 This should be the happiest cat in the world, with endless scenery and endless fish and shrimps along the way. 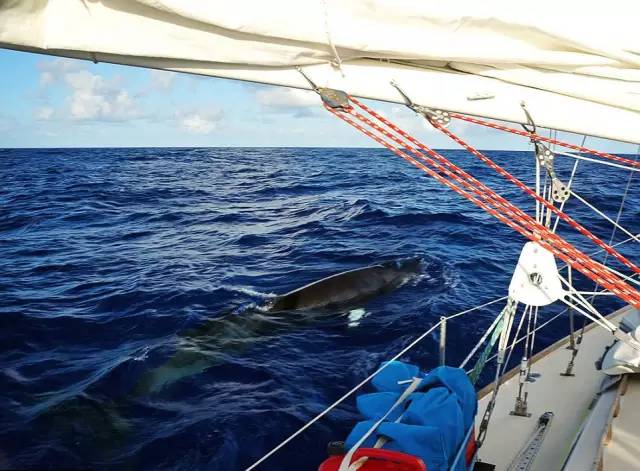 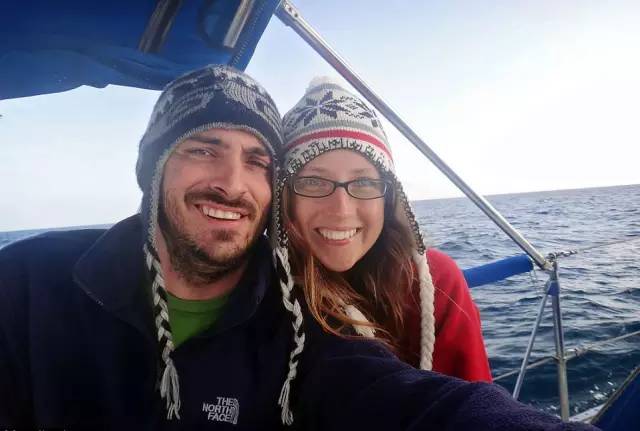 At first I felt that the couple was too headstrong, but seeing their smiles during the journey, I suddenly felt that their choice was right. If the two continue to maintain their original monotonous life, how far can their marriage go?

Rather than expect nothing from marriage, it is better to travel across the ocean to fall in love. 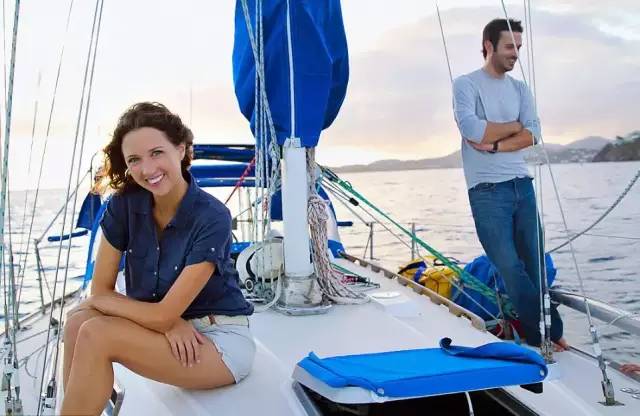 His wife, Jessica Johnson, said that the two sailed through the wind and waves and helped each other in the same boat. The scenery during the journey made their marriage more permanent. After all, the deck was so big, the two quarreled, and no one could run away from home. 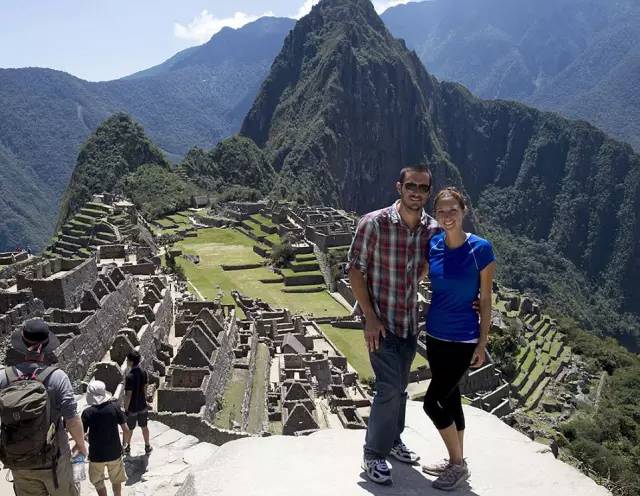 They are in Machu Picchu, Peru, backed by ancient civilization. 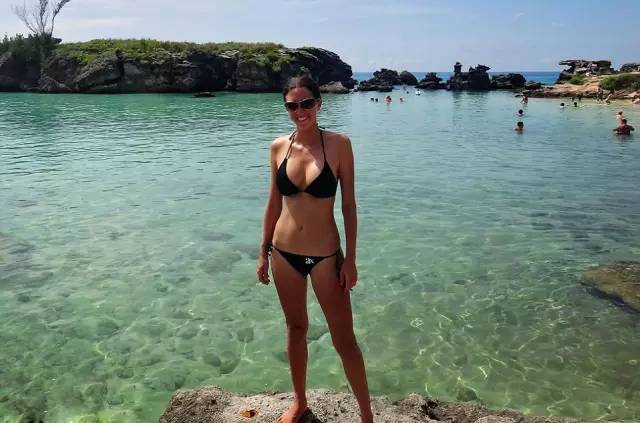 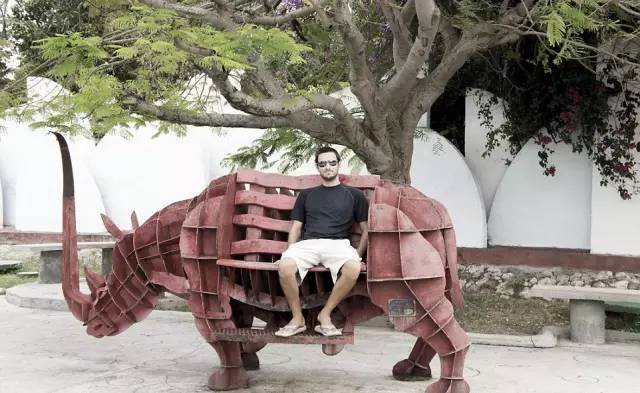 He took a break in Cienfuegos Province, Panama. 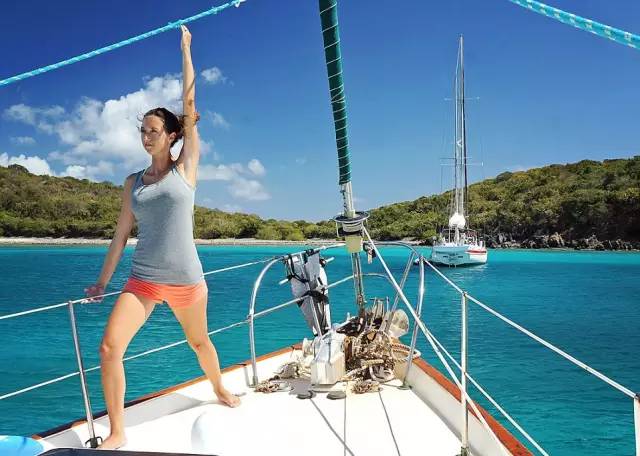 She stretched her body among the blue sky and blue sea. 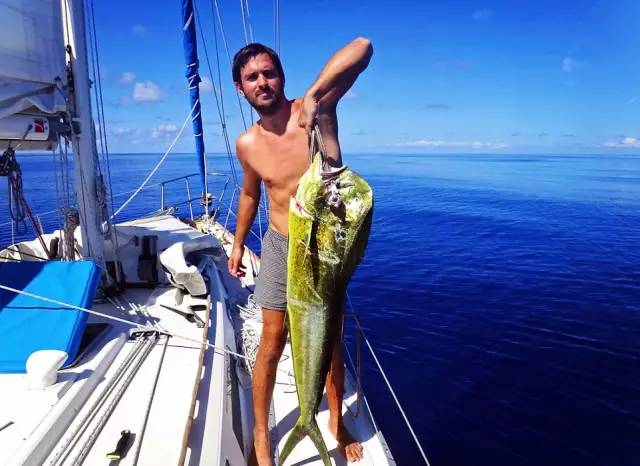 He harvests delicious seafood from the deep sea. 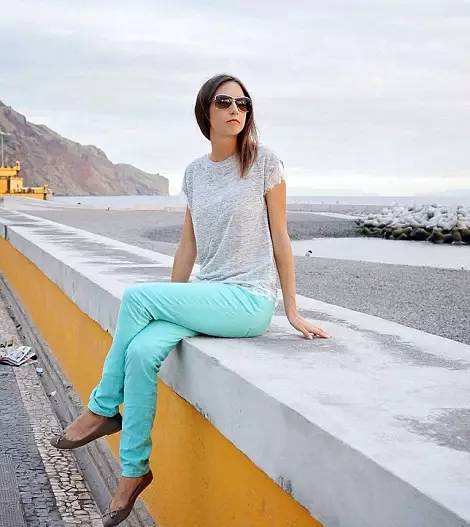 She was bathing in the sea breeze on the shore. 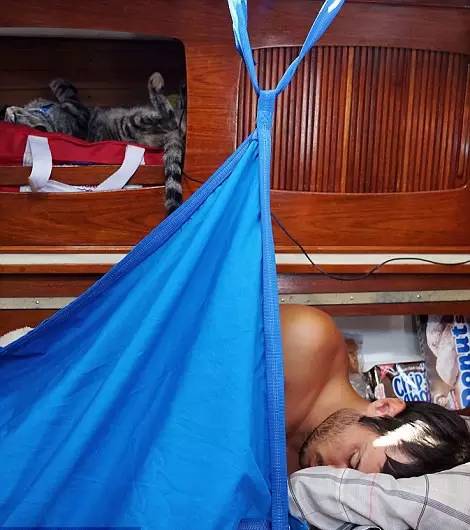 He and the cat fell asleep soundly in the cabin. 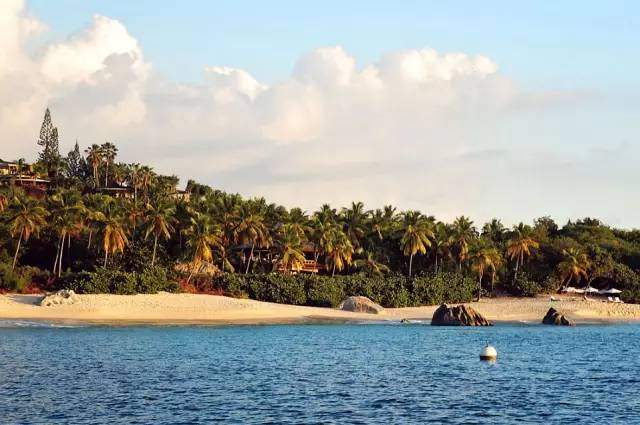 They held hands to appreciate the beauty of the Virgin Islands. Today, they have been to 16 countries. 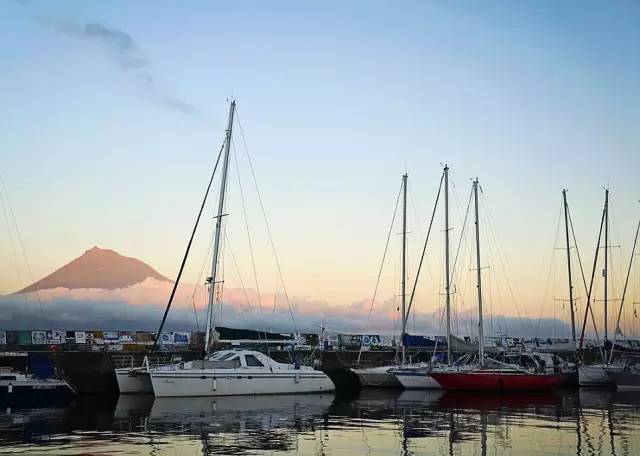 The journey was of course not smooth. The two encountered a storm when they were sailing through the North Atlantic Ocean. They were also 1000 miles away from the nearest island. The strong wind brought a 5-meter-high swell. The two lasted for more than two hours in the violent wave, almost a little I took a life raft and abandoned the boat to escape, but in the end he stood by. At this time, the harbor looks so beautiful. 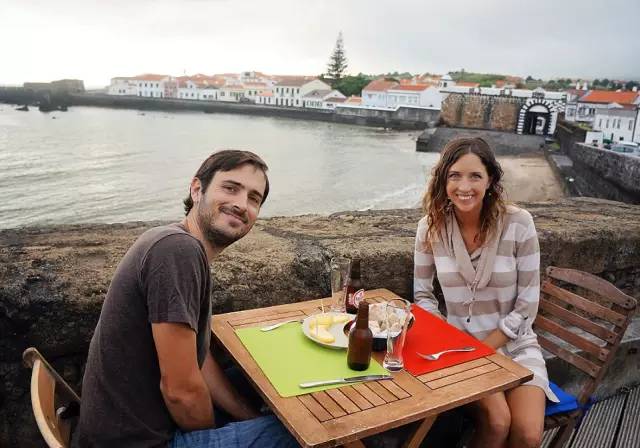 For reference to other people who have the same idea of ​​traveling, the couple posted a bill of expenses during the voyage: an average of £700 per month, including food purchases, port parking, diesel purchases and other consumption items.

In order to save money, the two lived frugally, and rarely disembarked for dinner, and usually started on deck.

Some were envious of this man. When his life fell into silence, his wife did not persuade him to "don't think about it", his mother-in-law did not tell him to "live at home", and the neighbors did not tease him "sell the house to buy a boat and get sick." He and the one he loves are in love with each other. 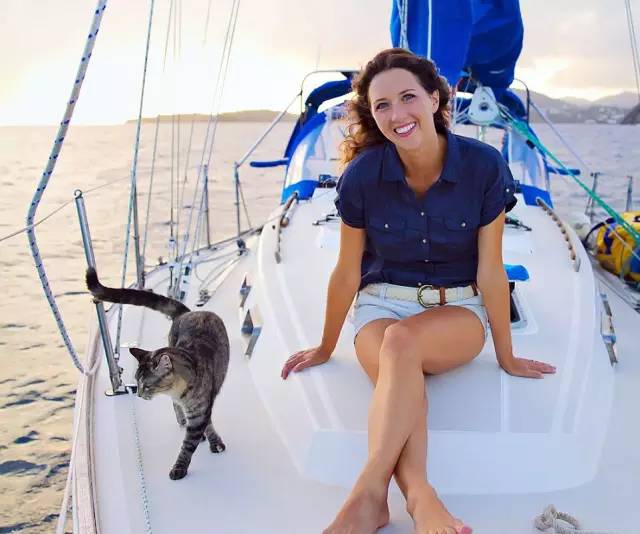 I envy this wife even more. In a marriage that was on the verge of fragility, her man waved his hand: "My dear, we don't need anything. Let me take you around the world!"

You see, when we say that the walk-and-go travel is actually difficult to achieve, such stories happen every day.

Who will be the protagonist of the next travel story?

Yes, Australia also has traditional cuisine! Take a look at what foreigners have eaten since childhood

Check it out! Does your car have this function? Half of the people killed in car accidents‏