Will the director end get out of class? Australia 7th Taiwan puts out nude pornography during the day, everything can be done....‏

The front is completely nude, love scenes, you may not expect to see these on TV in broad daylight. But yesterday Channel Seven did such an amazing thing, presenting a large-scale passionate youth film of the XNUMXs to the audience. 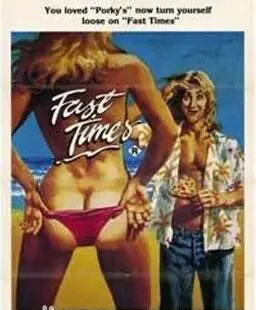 It is understood that this film was rated M in Australia and is only suitable for adult audiences. However, due to various loopholes, Radio 12 broadcasted adult content on TV from 3 noon to XNUMX pm. During this time, most children were not at home at school.

However, it seems that the TV station's "careful" arrangement did not disgust the audience. It is understood that the headquarters of Radio No. XNUMX did not receive any feedback during and after the broadcast of the pornographic film.

Stacy is a freshman in the school. She has been persuaded by classmate Linda to dedicate her virginity early, and her brother is determined to create a career in the school's fast food industry. At the same time, there is also a boy, Spike Chang, who fought against the severe history teacher Han De, and made jokes, thus revealing the attitudes of modern men and women towards sex, drugs, and rock music. The difference is not a little bit! Chinese and Australian cultures are too different. How can the old traditions and the second generation of immigrants get along? ‏