Waiting for, Zhou Bohao(Pakho Chau)Australia’s first solo concert finally officially came to Melbourne! Only this one in Australia. 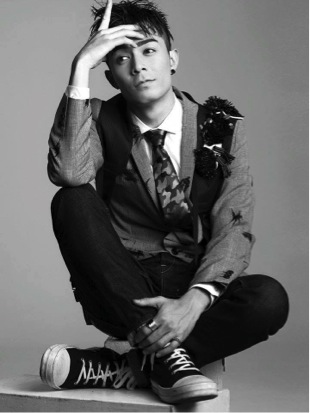 The tall and handsome Zhou Pakho (English: Pakho Chau, November 1984, 11), Hong Kong male singer. Former member of the Youth Army of the Hong Kong Basketball Team, former lifeguard, swimming coach, piano teacher and Chen Guangrong recording studio engineer. He began to be a model under the Stars Church when he was in his teens. He has worked as a model for brands such as K-12, S Squre, Just Diamond, Coca-Cola, Pepsi, Hong Kong Driving School, Champion, Pizza Hut, Converse and Girard Perregaux. Before becoming a singer, Zhou Baihao was an engineer in Chen Guangrong's recording studio. He became a disciple of the studio because of his major in music. He was later appreciated by Chen Guangrong and Zou Shilong. In 2009, Zhou Baihao released the first selected disc "Follow". The song "Chen" was composed, written and arranged by Zhou Baihao himself, and began to try behind-the-scenes work. In 2011, Zhou Pakhao held his first small concert, which aroused fans' popularity and support; he participated in the movie "Forget it, Laodou!" 》Achieved good box office results. Subsequently, Zhou Baihao won the Bronze Award for the Best Male Singer at the Best Male Singer Award Ceremony in 4, and his singing career reached a new high. 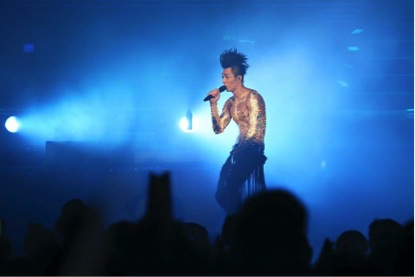 In 2013, Zhou Baihao released the album "8", and his music work was affirmed by industry insiders. With this album, Zhou Baihao won the 2013 Best Musician Singer Gold Award and the Best Musician Male Singer Silver Award. His unique tasteful dress also makes Zhou Baihao the darling of the trend world. In addition, Zhou Baihao created the trendy brand XPX on his birthday and served as a brand designer himself.

In January 2014, Zhou Baihao held the "Zhou Baihao Perfect 1" concert in Guangzhou, becoming the first singer to hold a solo concert at the Canton Tower; in September, he held a solo concert at the Red Hall and achieved success. In the same year, Zhou Pakhao won the Gold Award for the Best Male Singer at the 8 Best Musical Pop Chart Awards Ceremony. Make him the best male singer of the year in Hong Kong 9. A Hong Kong singer who started acting as a model at the age of 15, debuted as a singer in 2010. Because she knew Fang Datong since she was a child and called him a brother, and the two belonged to Warner Records, Lian Shiya is known as "Fang Datong Junior Sister". In 2011, he shot the film "Love the Night Pu", and at the same time won the 31st Hong Kong Film Awards nomination for best new actor with this film. In 2014, she launched her first Mandarin song "Time's Joke", which brought her the 2014 TVB8 Golden Melody Chart Awards Ceremony-Most Popular Female Singer Award. All tickets are now on sale! This is too awesome! The United States successfully developed a male "contraceptive gel" needle tube for 10 years

Melbourne's 5 top hotels in Hightea, should you go? (Price attached)