Business Opportunities | The bull of a resource-rich country is not a boast! Look at Australia's oil and gas investment opportunities‏

In addition to the potential for new reserves in existing oil fields, Australia also has huge growth prospects in the search for new oil resources in exploration basins and boundary basins to be explored. The large gas fields located in the Carnarvon, Bonaparte and Browse Basins and the abundant coalbed methane reserves in the onshore basins of eastern Australia have played a strong support role in the growing LNG field, and several of these projects will become important milestone projects in this field.

The first LNG production line of the Queensland Curtis Liquefied Natural Gas Project (QCLNG) was put into operation at the end of 2014, becoming the world's first coalbed methane LNG export and the first LNG project on the east coast of Australia. Three new projects including Australia Pacific LNG, Gladstone and Gorgon are scheduled to be put into production in 2015-16, and the construction of the Wheatstone, Ichthys and Prelude projects offshore Western Australia is also progressing smoothly.

Australia is a trusted producer of LNG, providing investors with a stable regulatory environment, and it is also adjacent to the booming Asian LNG market. In comparison, natural gas is a clean fuel with a wide range of uses. In the next two decades, this fuel is expected to become the fastest growing non-renewable energy source. 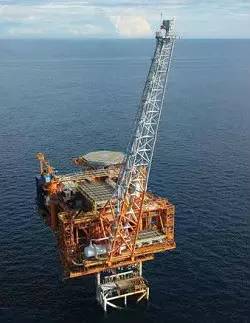 It is expected that Asia’s demand for LNG will continue to grow, and Australia’s geographic location determines its unique advantage as an energy supplier in these markets. Japan is the world's largest importer of LNG, and Australia exports about 80% of its LNG to Japan. China is expected to become the main driving force for the demand for LNG in the future, and it will also develop into one of Australia's LNG export markets.9In the next few decades, Australia's existing reserves can fully meet the expected growth of export demand and domestic demand.

This year, this thing is very fashionable in Australia! Women's naked yoga want to learn and have to line up! ‏

Ma Yun sent a letter to the failing students: What's the point of failing the college entrance examination? ! Our luck lies elsewhere! ‏