Hello, do you believe it? "Lovesickness" will disappear from now on! Mobile phone remote vibration panties are now on sale in Australia! ! ‏

Speaking of Durex, I don't think I need to say more, everyone knows what it represents. But now, Durex has launched a new crossover to solve the biggest problem that plagues couples in different places, and the product that solves the problem is this remote-control underwear called Fundawear. 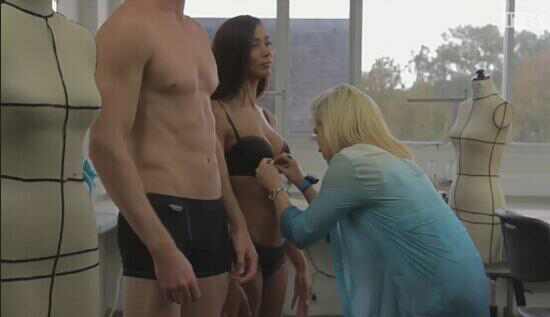 Fundawear remote control underwear is Durex's first attempt to enter the field of wearable equipment. From the literal meaning of the name, you can probably guess its function. After the couples put on the remote control shock-control underwear, they can remotely control the sensitive parts of each other's underwear to vibrate through the dedicated smart phone App, and the vibration frequency can be adjusted according to the other's wishes. Although a little bit of fun, it can definitely solve the "lovesickness" to a certain extent.

In fact, Durex is not the only company trying to connect technology and sex toys. There are already many small entrepreneurial companies that are looking to make a difference in the field of sex toys, combining these two seemingly unrelated fields into together. We have introduced a technology product called LovePalz before, which also achieves the purpose of interaction by remotely controlling the sex toys in the hands of the other party. There are also Vibease, Ohmibod, etc., which are representatives of continuous attempts in the technology field.

However, it seems that this is the first time we have seen a world-famous condom company enter the field of technology. It seems that Durex has invested a lot of research and development energy and financial resources for Fundawear. You can see that Durex has put a lot of effort into it by looking at the name.

Fundawear includes male and female versions, which can perform targeted vibration modes according to the different physiological structures of men and women. In other words, if you look at the camera and watch your girlfriend be shy and shy under your own "devil's palm", will you guys feel full of accomplishment?

Currently this Fundawear has been listed in Australia.

Beautiful cry! Melbourne's sunset! Maybe you have never seen it in your life! ! ‏