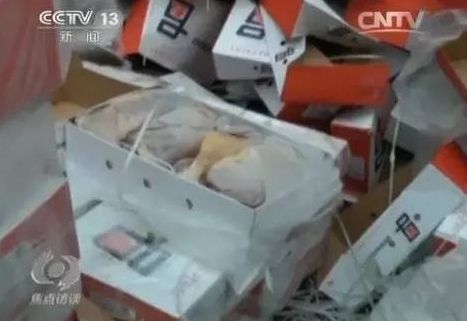 A large number of frozen meats without Chinese labels were replaced. 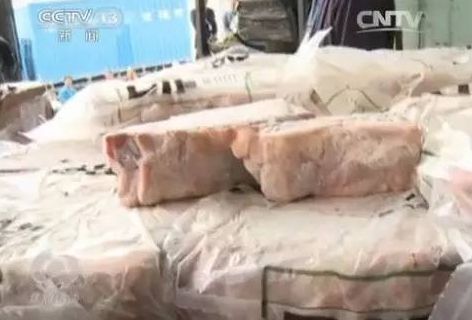 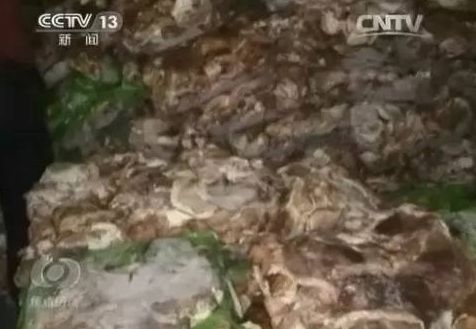 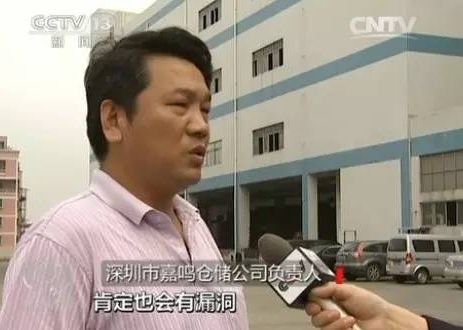 The person in charge of the company involved.

The prices of imported meat products in many restaurants are frighteningly high. Some meat can sell for several thousand yuan per catty. High prices often result in high profits; therefore, cases of smuggling and even counterfeiting imported meat products have occurred in recent years. However, a strange incident has happened in Shenzhen recently. A large number of meat products are obviously imported, but they are labeled as domestically produced. What is this because of?

In March this year, based on clues reported by the masses, law enforcement officers of the Shenzhen Municipal Market Inspection Bureau discovered that a large amount of imported frozen meat was stored in the warehouse of Jiaming Company in Pinghu Street, Longgang District, Shenzhen. When law enforcement officers came to Jiaming Company, they saw that a large number of employees of the company involved were removing large quantities of frozen meat without Chinese labels from five container trucks. It is strange that they unload the truck while changing the outer packaging of the frozen meat.

The largest case of frozen meat smuggling in the country

Wu Bing, director of the Shenzhen Municipal Market Inspection Bureau of Guangdong Province, said that after investigation, Dongxing PepsiCo is no longer engaged in business projects in this industry. In fact, this is embezzling the name of the manufacturing company.

The purpose of changing product packaging is to conceal people's eyes and eyes and avoid supervision. Various signs indicate that Jiaming Company has a major suspicion of storing and selling frozen meat suspected of smuggling. Afterwards, law enforcement officers inspected the 9 warehouses of Jiaming Company one by one and found more than 6100 tons of problematic frozen meat, making it the largest case of smuggling frozen meat in the country.

According to the reporter’s understanding, the main varieties of more than 6100 tons of frozen meat are beef, pork, chicken and their products, in addition to duck, goose, lamb, horse, cod and other products, mainly from the United States, Brazil, Finland, Germany, etc. country. Further investigation by law enforcement officers found that these frozen meat not only had no legal source, but even part of it was expired problematic meat.

The task force conducted random inspections on each batch of more than 6100 tons of frozen meat and sent them to the food inspection department for testing. Some toxic and hazardous substances were also detected. Wu Bing told reporters that a total of 798 batches were submitted for inspection, and 87 batches were found to contain clenbuterol.

The involved storage company Jiaming Company was established in 2001. In 2012, law enforcement officers found smuggled frozen meat in this warehouse. According to relevant national laws and regulations, warehousing companies must review the customer's imported goods information before the goods are put into storage. Obviously, Jiaming Company has not fulfilled the responsibility of reviewing.

According to preliminary statistics from the task force, there are about dozens of consignors of this batch of frozen meat. Due to the huge circumstances of the case and the complex data, the task force is currently auditing Jiaming’s financial data in order to find the owner of the cargo involved.

The value of the case involved is as high as 3.45 million, with serious food safety risks

According to estimates, the total amount of the frozen meat smuggling case involved in this case exceeds 6100 tons, the case value is as high as 3.45 million yuan, and there are serious food safety risks. This disturbs the market order and threatens the health of the people. Fortunately, the Shenzhen market supervision department discovered the problem in time and quickly took measures to block the problematic products in the warehouse and out of the dining table.

However, finding the goods is not enough. Behind such a serious smuggling crime, there must be a huge network of relationships and a complicated chain of interests. To truly eliminate hidden dangers and form warnings, it is necessary to find people who weave this net and link this chain. To complete this task, the actions of market supervision departments alone may not be enough.

Practical posts! Three ways to return to the Australian tax season to save you huge personal income tax‏