Official interpretation | Why did the central bank suddenly "double down"? Interest rate cuts and RRR cuts mean that the property and stock markets are rescued? ‏

The People's Bank of China has decided to implement targeted RRR cuts for financial institutions from June 2015, 6 to further support the development of the real economy and promote structural adjustment. 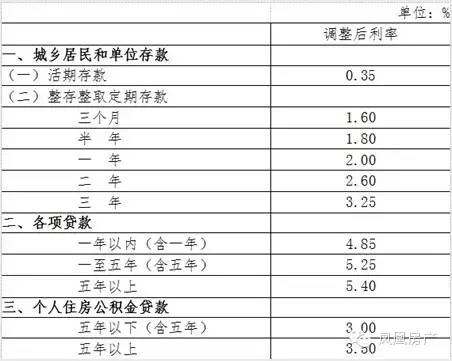 1. What is the background of the targeted RRR cut and the reduction of benchmark deposit and loan interest rates?

Answer: Since the beginning of this year, the People's Bank of China has continued to implement a prudent monetary policy, paying more attention to the appropriate degree of tightness, timely and appropriate pre-adjustment and fine-tuning, improving the dynamic adjustment mechanism of differential reserves, implementing targeted RRR cuts for some financial institutions, and strengthening the structural guiding role of credit policies. Encourage financial institutions to allocate more credit resources to key areas and weak links such as "agriculture, rural areas and farmers" and small and micro enterprises. At the same time, a combination of multiple instruments such as interest rates and deposit reserves will be used to maintain reasonable and sufficient liquidity, guide market interest rates to fall appropriately, and reduce social financing costs. In general, as the effects of various policies have gradually emerged, the scale of monetary credit and social financing has increased reasonably, the banking system has maintained ample liquidity, the structure of social financing has improved, various market interest rates have fallen, and corporate financing costs have been high. Get effective relief.

In the context of the “new normal” of the economy, China’s economy is in a critical period of transition between new and old industries and development momentum. The tasks of stabilizing growth, adjusting structure, promoting reform, benefiting people’s livelihood, and preventing risks are still very arduous and need to continue to be used flexibly. Monetary policy tools promote stable and healthy economic development through structural adjustment, and strive to reduce social financing costs. At the same time, my country's price level is still running at a low level, and the actual interest rate is higher than the historical average level, which also provides favorable conditions for the use of deposit reserves and interest rate tools. In view of this, with the approval of the State Council, the People’s Bank of China has decided to lower the RMB deposit reserve ratio of financial institutions once again, combined with the reduction of the benchmark lending and deposit interest rates of financial institutions, in order to better balance the relationship between total volume stability and structural optimization, and promote stable growth. , Adjust the structure and reduce the cost of social financing.

2. What is the specific content of this targeted reduction of the deposit reserve ratio?

3. Why didn't the reserve requirement ratio be lowered at the same time as the targeted RRR cut?

Answer: After the deposit reserve ratio was reduced by 4 percentage point at the end of April, the banking system's reserve level once reached a historical high. It is expected that the banking system's excess reserve level will remain at around 1 trillion yuan at the end of June. At the same time, the currency market's overnight interest rate dropped to a historical low of close to 6%. Recently, affected by the freezing of huge amounts of funds in the issuance of new shares, interest rates in the inter-bank market have risen compared with the lowest point, but are still at a low level. The overall liquidity of the banking system is relatively abundant, and there is no need to generally reduce the deposit reserve ratio to provide liquidity.

The People's Bank of China has been actively using monetary policy tools to vigorously support economic restructuring, in particular to encourage and guide financial institutions to allocate more new or revitalized credit resources to areas such as "agriculture, rural areas and farmers" and small and micro enterprises. The current government has always attached importance to targeted control and focused on improving the pertinence and effectiveness of macro-control. The Central Economic Work Conference proposed that targeted and structural control should continue to be implemented in 2015. The purpose of this targeted RRR cut is to enhance the ability of financial institutions to support the development of "agriculture, rural areas and farmers" and small and micro enterprises, strengthen positive incentives, support key areas and weak links of the national economy, and help finance support mass entrepreneurship and innovation .

4. What is the positive significance of this reduction in the benchmark deposit and loan interest rate for promoting the reduction of social financing costs?

5. What are the next considerations of the People's Bank of China regarding monetary policy regulation?

Answer: The targeted RRR cut, combined with the lowering of benchmark deposit and loan interest rates, is focused on further enhancing the important function of monetary policy to optimize the structure, promoting stable, healthy and sustainable economic development, while continuing to play the guiding role of benchmark interest rates to reduce social financing costs. . In the next step, we will continue to follow the strategic deployment of the Party Central Committee and the State Council, adhere to the general tone of the work of seeking progress while maintaining stability, and the overall idea of ​​maintaining stable macroeconomic policies and vigorous microeconomic policies, and more actively adapt to the new normal of economic development, and pay attention to the macroeconomics. The intensity and rhythm of the policy. Continue to implement a prudent monetary policy, comprehensively use a variety of monetary policy tools, strengthen and improve macro-prudential management, optimize policy combinations, and create a neutral and appropriate monetary and financial environment for economic restructuring, transformation and upgrading. At the same time, further improve the control model, further promote the marketization of interest rates and the reform of the RMB exchange rate formation mechanism, unblock the transmission channels of monetary policy, improve the efficiency of financial resource allocation, and promote scientific and sustainable economic development. (Source: People's Bank of China)

Interpretation by experts and scholars

Ma Guangyuan(Well-known financial critic): The interest rate cut is to save the stock market.As a rule, after the People's Bank of China provides liquidity through other monetary instruments, the policy will not immediately reduce the RRR and interest rates, but will wait until the semi-annual report is released in mid-July. There was only one reason for an emergency interest rate cut and RRR cut on Saturday, which was to prevent the stock market from crashing on Monday and admit to the market. From the perspective of time, it should be an urgent decision made by the relevant departments in an emergency meeting.

Ye Tan (a well-known financial commentator): The interest rate cut and the RRR cut are vigorous.1. Funds are like water and cannot be directed. 2. Institutions and other lending rates continued to decline. 3. Relieve the syndrome of IPO and leverage pressure, and save the heart. 4. The probability of a continued decline in the future is high, as long as the Fed does not raise interest rates. 5. Continue to reform and find out the leverage.

Shen Jianguang (Chief Economist of Asia at Mizuho Securities): The best time to cut RRR and interest rates has come.Earlier interest rate cuts and the postponement of RRR cuts were not related to the improvement of fundamentals, but were related to concerns that policy easing may help the stock market mad bulls rise, and were out of consideration of preventing financial risks. According to this logic, the current decision-making level regulates the stock market, suppresses over-the-counter fund allocation activities, and it is indeed necessary to investigate and deal with executives’ violation of their commitments. However, the expected confusion and the occurrence of the stock market stampede are not the original intention of promoting the healthy development of the stock market. Taking this opportunity to cut the RRR and interest rate will help stabilize growth on the one hand, and then provide support for corporate profits and reduce bubbles. On the other hand, it can also prevent negative factors from magnifying. , Hedging the negative impact of control leverage, with multiple actions.

If the RRR cut and interest rate cut are delayed, the market's pessimism will worsen, resulting in more financing and liquidation. According to reports, XNUMX% of the funding is close to the warning of liquidation. If the risk exposure is allowed, there will be a chain reaction, and then the policy will be released. It will be more difficult to prevent financial turmoil. Therefore, considering various factors, now is the best time to cut the RRR and interest rates.

Li Daxiao(Chief Economist of Yingda Securities):The central bank cut interest rates by 25 basis points and 50 basis points to maintain a loose environment in the money market, which is conducive to reducing corporate financing costs and effectively responding to liquidity pressures in the middle of the year.Conducive to the stability of the real estate market and has an important stabilizing effect on economic growth. Although the positive effects of interest rate cuts and RRR cuts are not able to hedge the downward pressure after the absolute overestimation of most stocks, they can play an important role in mitigating large market fluctuations. 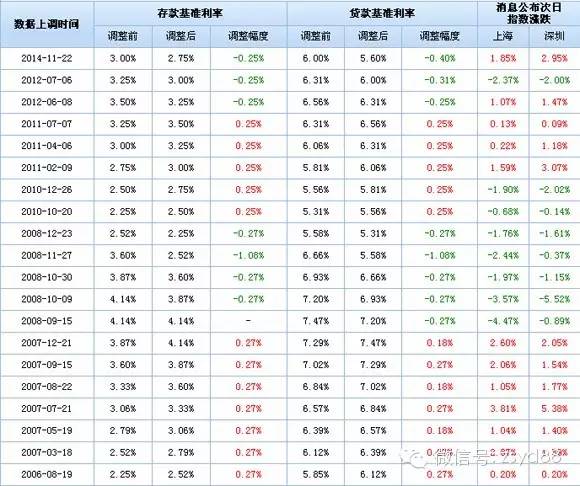 Rejoice in the air? China-Australia free trade agreement or abortion 8 major unions in Australia join forces to oppose for the first time

Finally, the whole world has changed! Sexual orientation test, I tested it... so accurate! ‏