Want to invest or want to be livable? I want it all! ! Well, look at these 10 new changes in Melbourne‏

In the near future, there will be ten large-scale projects that will give Melbourne a new look. Through these hundreds of millions of investment projects, we have seen the future of this city, and a better city is slowly coming towards us. Melbourne is changing and improving at an incredible rate. It is destined to become a city of gold everywhere, and its real estate market is full of hope. 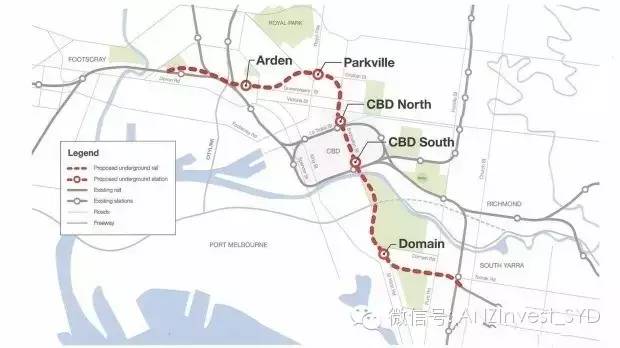 The subway line aims to provideA quick connection from South Kensington (northwest of the city center) train station to South Yarra train station, Has been proposed since December 2008 and has become part of the Victorian Government Transport Plan.

Moreover, it will become the forerunner of other subsequent subway lines (including Doncaster Line, Melbourne Airport Line and Rowvile Line), and a large wave of subway lines is coming to us.

Melbourne Airport traffic increase, the rise of the logistics industry 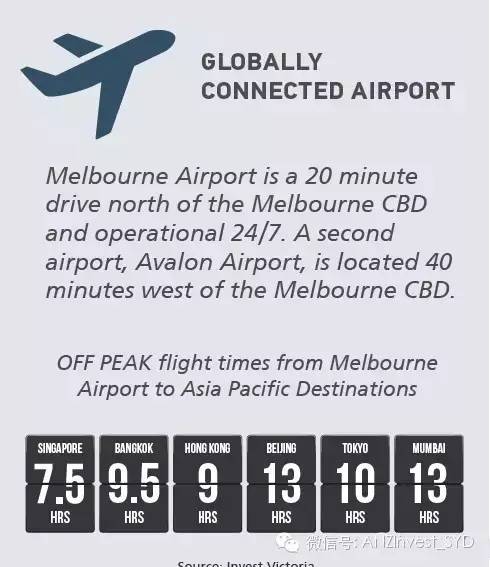 A new Melbourne Airport Terminal T4 and various supporting facilities will be constructed to increase the overall capacity of Melbourne Airport. The entire project will include a new baggage claim center, recycling facilities, check-in gates, inquiry centers, retail areas and connecting facilities to the existing airport building. The external facilities have also been expanded to a certain extent, including a 7-story parking lot, driveway, underground service passage and a substation.

The new T5 terminal is also in preparation, and some low-cost airline service companies’ gates will also be set up here, such as Jet Star and Tiger.

When the project is completed, Melbourne Airport will be able to receive more flights and prepare for the future economic and logistics development. Our Melbourne logistics and tourism industry will become the star industry in the future.

This project will be a very important project in Victoria in recent years. It will enable Melbourne's future economy to develop well and bring a lot of employment. The project aims to build the third international container terminal in Victoria in the Port of Melbourne. It will be completed before 2016 and will satisfy the next 10 yearsThe container capacity required by the entire state.

Melbourne, perhaps the most worthwhile place to do business in Australia in the future, because the first stop for many goods will be here. 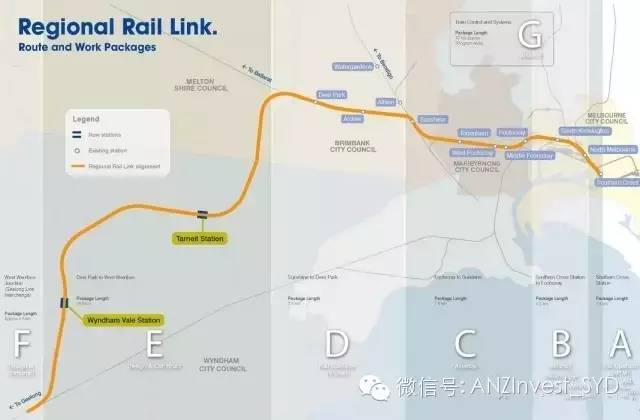 A new railway line, the Regional Rail Link, is under construction. This new line will solve the problem of insufficient transportation facilities in the city, allowing passengers to quickly travel between West Melbourne and the city center. A dedicated railway station will be built in the west of Werribie and connected to Deer Park railway station, and then follow the existing train line from Sunshine to Southern Cross railway station in the city.

When the route is completed, passengers will be able toGeelong, Bendigo and Ballarat lines directly into Melbourne city. In addition, two new railway stations, Tarneit and WyndhamVale, will be established and provide more services during peak periods. There is no doubt that the west will become the development center of Melbourne in the future!

Say goodbye to the traffic jam, cross the highway east-west 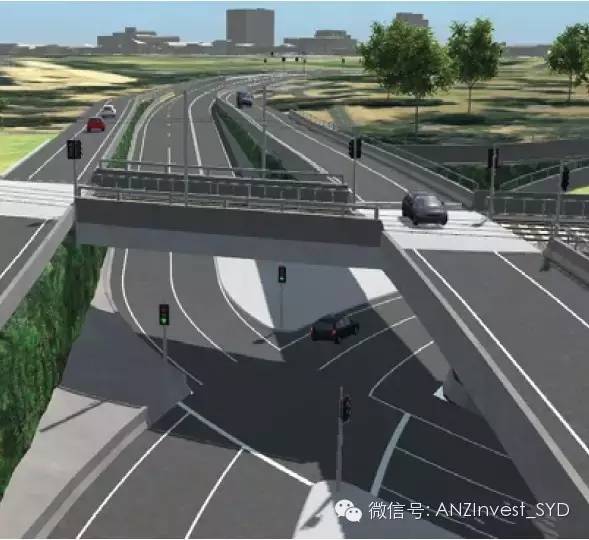 The road connection will be an important public facility construction plan for Melbourne. The plan conforms to the changes in Melbourne's economy, traffic scale and population growth, in order to bring Melbourne a better traffic environment.

The entire east-west cross-city highway connection will be 18 kilometers long and will cross the east-west urban areas and connectEastern Freeway and Western Ring RoadThe project includes the construction of some new bridge connections, tunnel entrances, transfer stations and road widening projects. In the future, the project will extend to the Port Melbourne area and build a new road adjacent to City Link. The big east-west traffic jam was about to say goodbye to Melbourne. 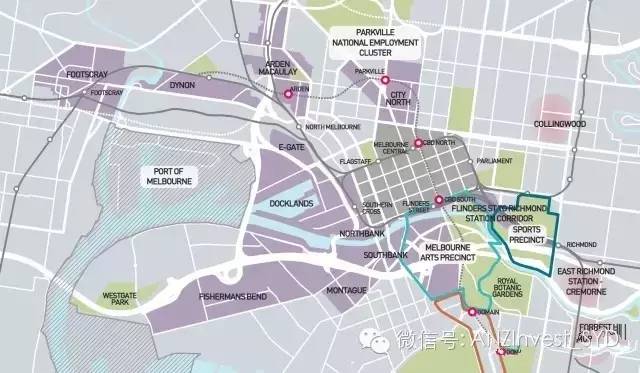 Since the project is located near the exit E of Melbourne Railway Marshalling Yard, it was named E-Gate Precinct. The entire project covers 23 hectares and is located inTwo kilometers west of CBDright. The project is actually a redevelopment project. After the completion of the project, it will provide local accommodationHousing for 1 people and 2 square meters of commercial and related retail areas. It will bring huge stimulus to the local economy. The citizens of Melbourne will have more places to go in the future. 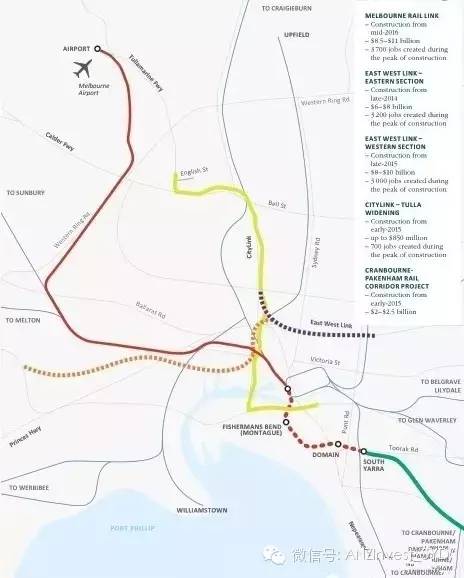 The Avalon Airport Rail Link has now entered the environmental inspection stage, and the entire project will begin construction within a few months. The project is intended to connect Avalon Airport with the train line in Geelong City, makingAvalon Airport can accommodate passengers from Melbourne and Geelong at the same timeAnd it can become Melbourne's second international airport in the future.

Following the first upgrade of Melbourne Park, the second upgrade was launched after the Australian Open in 2014. This upgrade will focus on the Rod Laver stadiumRedecorating and adding 5000 seats. There will be a west entrance to the entire area and a new east entrance to the Rod Laver arena. In addition, a new media and management center and a central terrace with ceiling will be built inside the venue.

This upgrade is mainly to supplement the areas that were not taken care of in the first upgrade. The first upgrade mainly includes a retractable roof, the eastern square adjacent to the Hisense stadium and 21 new stadiums. The Melbourne State Government will contribute 2.98 million yuan, and the Olympic Park and the Melbourne City Foundation will contribute AUD 4000 million to jointly take charge of the renovation. This upgrade will improve the overall equipment quality of the Australian Open and the effects of other large-scale events in the future. 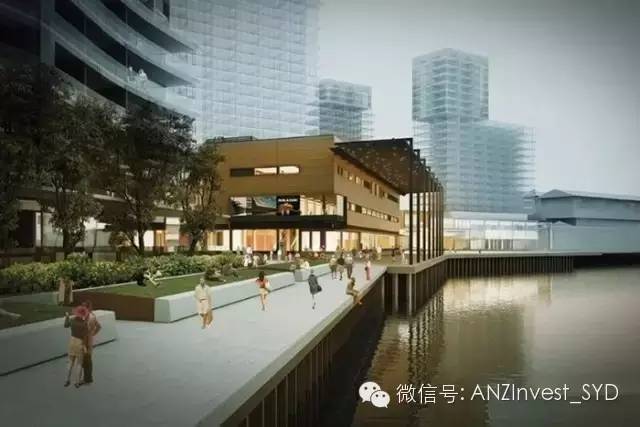 The library and community center in Docklands will be a unique area that provides social communication, leisure space and entertainment, providing local residents with the most avant-garde and innovative lifestyles. They are located in Dock Square (the intersection of Bourke St and Collins St) in the Docklands area.

There are many interactive learning opportunities and multi-purpose community spaces. Not onlyBook reading room, recording studio, creative workshop, community activity space and performances that can accommodate 120 peoplehall. In addition, a gallery and exhibition hall will be used to collect and display the history and culture of Docklands.

It will become the center of the future Victoria Harbour and provide first-class living, learning and working resources. This will not only be a quiet area for reading and learning, but also a space for communication and learning.

The library and community center in Docklands was opened to citizens in April 2014.

This project can not only improve the traffic conditions of M80, but also during constructionProvide 6,500 jobs and approximately 5,500 jobs at completion. Bring better changes to the local economy.

These 10 major projects have a profound impact on the entire Melbourne and its residents in terms of culture, entertainment and transportation. They not only provide a convenient life, but also lay a solid foundation for economic development. Melbourne will attract more high-end immigrants and businessmen. Young people all over the world will also be fascinated by this place. It will become their common wish to settle down here.

Oh, too cool! Hefei has a special parking space for women. I want to drive to Anhui! ‏

Brick: China's stock market rose at 5000 points, is it too late to enter the stock market? ‏