Housing prices have widened the gap between the rich and the poor in society! Will Australians remain calm? ‏

Their average income is five times that of the bottom-fifth households.

Although this number seems unbalanced, it is nothing compared to the imbalance in wealth.

A report to be published by the Australian Society of Social Service (ACOSS), Anglicare, The Salvation Army and St Vincent de Paul found that Australia's richest 20% households have 70 times the wealth of the poorest households.

The top quintile of households has an average asset of 200 million yuan, while the bottom quintile has less than 44,250 yuan in assets.

The report found that households at the top accumulated wealth faster.

"The good news is that Australia's inequality is not as serious as the United States or the United Kingdom." ACOSS Chairman Cassandra Goldie said.

"But we still allow cracks to occur."

"The tax policy changes after 2000, especially the tax cuts for high-income groups, have greatly reduced the cumulative nature of the tax system and the effectiveness of reducing inequality."

So far, family homes are the main source of family wealth.

But this situation is changing.

High housing prices are benefiting those who have entered the housing market at the expense of those who cannot afford it.

The report states that 80% of investment housing is owned by the wealthiest 20% of households, and this has further aggravated the concentration of wealth as housing prices rise.

The report found that Australia's poorest families own property in another way.

The bottom fifth of households have low-value assets such as cars and family property, as well as some pensions.

Most of the assets of the middle-fifth households are tied to their own housing, as well as some financial assets and pensions.

One-fifth of the top floor owns more stocks, investment houses and pension funds, and less than half of their wealth is tied to their own housing.

The report titled "Australia's Inequality: A Fragmented Country" will be released this morning at the Mt Druitt Community Centre in Sydney. 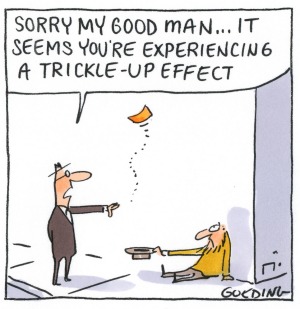 In addition to money, we must look at these! Which Australian public school vs private school to choose? ‏

Interesting | Want to be rich? First look at what kind of person your wife is‏