North Korea is poor? We are all played! Look at the luxurious life of North Korean rich people‏

An Canri (transliteration) is 63 years old and has lived in North Korea for a long time. He said: "People who make money in business need more consumption channels, such as cars, massages, lotteries and pets."

German barista Niels Weissenze, a member of the non-governmental organization "Korea Exchange", said: "No one has to drink coffee, no one has to spend money on it, but people do. This is what is happening in Pyongyang. Things, this is a change." Not only Pyongyang, but North Korea's consumption boom also extends to other cities. Bustling markets or train stations have more coffee stalls, and wearing gold and silver jewelry has become a symbol of identity and status.

About one-tenth of North Korea’s nearly 2500 million people already use mobile phones. Some state-owned factories have also increased the types of daily necessities and added some non-essential goods to meet the needs of the people.

The Korea National Unification Research Institute said that there are more and more wealthy people in North Korea, and some wealthy people use their money to hire private English teachers for their children or buy foreign clothing.

People’s impression of North Korea nowadays always feels very poor, because North Korea’s economy has been sanctioned by the international community due to the development of its military power and the use of limited resources and funds for high-consumption nuclear weapons and means of delivery. A large number of military forces are on the verge of collapse. Therefore, North Korea has shown itself as closed and poor. 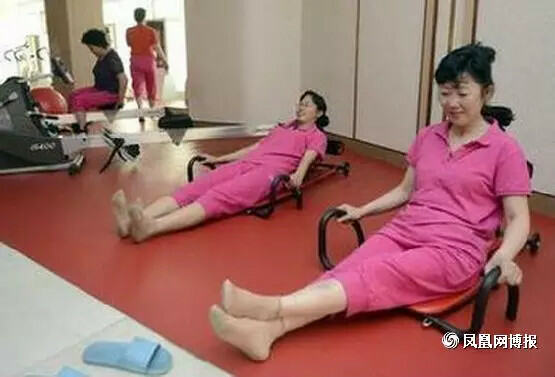 However, what has been overlooked is that some people in North Korea have already become rich. Their lives will even exceed the imagination of many foreigners.

This new wealthy class loves the magnificence of the Yanggakdo Hotel, and is keen on the fresh sea breeze of the Matian Beach, and loves buying luxury goods at the "Begonia Flower Pavilion" shopping mall that Kim Jong Un has inspected.

Luxury cars, famous watches, and famous bags are not rare for many rich North Koreans. Those who got rich first represent the other side of North Korea.

According to relevant information, there are many high-end people in the local area with very high spending power, and many people pay in US dollars and euros.
These people mainly fall into five categories: one is the relatives of overseas Chinese. It is said that 60% to 70% of Pyongyang families are relatives of overseas Chinese, Japan and Southeast Asia; the second are government officials; the third are foreign businessmen.
North Korea does not allow private enterprises to exist. Foreign-related businessmen mainly work for state units, and their hidden income is huge. Fourth, foreign-related personnel.
For example, tour guides have low salary, but high tip income. Fifth, permanent staff stationed abroad on business. These five types of people constitute the main force of North Korean high-consumption groups, and many of them are people who hold power or can lead the government. It is reported that people who work in some high-end places in North Korea are usually paid very high compared to ordinary North Koreans.
For example, a female cook who specializes in receiving foreign guests has a very high salary, 1500 yuan a month. Although this is a low salary in China, it is unimaginable in North Korea.
She is also very hard at work. She starts to make breakfast before 6 o'clock in the morning. If you want to have supper at 11 o'clock in the evening, you can ask her to do it.
Moreover, what encourages her enthusiasm is that she can take all the leftovers of foreign guests home. Every night, I watched her humming a little tune happily, sorting the leftovers and meals, taking them home, and quickly returning to the unit.
The standard that determines the quality of life of North Koreans is money, and money comes entirely from power.
The lives of most residents who rely on farm rations or market transactions only reach the level of contentment. However, the consumption levels of high-level cadres of the party or the military who received abundance rations from the government and the emerging wealthy people who made money through business are far beyond the imagination of ordinary people and even foreigners.
In May 2014, a shopping mall named "Begonia Flower Hall" opened successfully on the Datong River in North Korea.
Before the opening, even Kim Jong-un took his wife Li Xuezhu to visit this shopping center. In addition to the department store, the Begonia Flower House also has restaurants, KTV, massage rooms, sauna rooms, coffee shops, Internet cafes, steam rooms, billiards rooms, beauty rooms, gyms and other entertainment and leisure places. Even in the early 2000s, these recreational facilities were still called the "yellow wind of capitalism" and were banned in North Korea.

However, with the penetration of capitalism among the people, these facilities are not only in Pyongyang, but also gradually appear in other places. Especially since two or three years ago, there has been a wave of weight loss among some privileged classes, and gyms have been built in many places.

There are only a handful of relatively high-end hotels in North Korea. On the tourist map that introduces Pyongyang, only the Korea Hotel and Yanggakdo Hotel are marked as special-class hotels. There are other first-class hotels, such as Pyongyang Hotel and Youth Hotel.

In recent years, this place has gradually ceased to be an exclusive place for foreigners, and many North Koreans have also begun to enter and exit frequently, using foreign currencies for meals, entertainment, and consumption.

A data in 2009 showed that North Korea’s imports of art and antiques also increased tenfold. Other commodities such as perfumes, furs and cosmetics are also on the rise.

It can be seen that not all people in North Korea live in poverty, and the so-called "five kinds of people" constitute the high-spending population in North Korea. Many of them are people who hold power or can connect with the government. Seeing the mystery, of course no one is rich than Kim Jong-un.

Hush! Be quiet! The bone spirit was also fooled! The annual salary and monthly salary are all deceptive‏

The difference is not a little bit! Chinese and Australian cultures are too different. How can the old traditions and the second generation of immigrants get along? ‏