Mei Qi said: Racism is on the rise! The Victorian government will never allow any extreme behavior to destroy the existing stability and harmony! ! June 6.Early in the morning, marty May, adviser to the governor of Victoria on multicultural affairs, spoke out in the circle of friends, condemning the rise of racism.He said, "Following the "Return to Australia" racist parade on April 1, the "United Patriot Death Squad" carried out a parade to promote racism and neo-Nazism yesterday afternoon. On the abc 4 column this morning, Australia Human Rights Commissioner Dr. Tim Soutphommasane criticized the rise of racism. But on July 19, the notorious One Nation leader Pauline Hanson will come to Melbourne to participate in the next racist march. The Victorian government will not tolerate any racial or religious reasons. As an excuse to undermine social harmony and extreme social unity." Editor's note: Australia is a country with multiple cultures, and its core and vitality come from its diversity.Any racism and extreme support for racism are not allowed!It must also fail!Quite May! 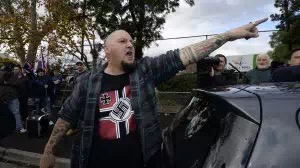 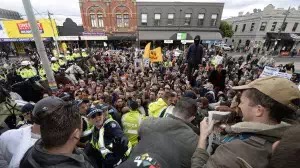 [Salted caramel] There is a taste in Melbourne called salted caramel, which makes you intoxicated and unable to stop! ‏

Pay attention to these things when buying real estate with tenants in Australia!