According to Fairfax Media’s disclosure on Wednesday, Australia’s most famous mansion, the mysterious owner behind Altona in Point Piper, Sydney, is a Chinese real estate developer who hid his investment in the name of an old Melbourne couple. To circumvent foreign investment regulations.

Fairfax disclosed that Wang Zhijun, a wealthy Chinese businessman, bought this beachfront mansion for A$5200 million through the complex holding structure of a shell company and a holding trust. Among them, the owner of the house has been purchased from Elwood, a suburb of Melbourne. It extends to the British Virgin Islands.

On Tuesday, Wang Zhijun’s lawyer took the Fairfax media to the Victorian High Court in an attempt to prevent the report from being exposed, but was unsuccessful. The Chinese businessman sued Australia’s largest media to prevent it from exposing the luxury home purchase process. In Australian history This is the first time. 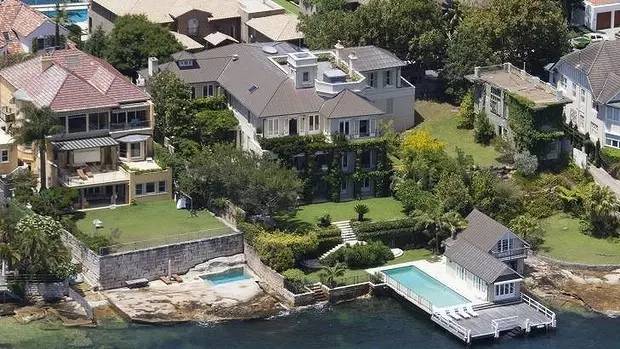 Fairfax Media now discloses that although Australian law prohibits foreigners from buying existing homes, Wang Zhijun did not have permanent residency in Australia when he bought Altona two years ago. The identity of Wang Zhijun emerged at this time because he defended a land tax bill of A$2 million and is under investigation by the Australian Taxation Office (ATO).

The editor has received reliable information. Recently, the Australian Government has asked the Australian Taxation Office (ATO) to start strict inspections on the properties bought by these wealthy individuals in order to investigate these people for money laundering and tax evasion. So the local tyrants who have bought this kind of over XNUMX million have to be careful, maybe ATO will have to collect debts.

The speculation surrounding the owner of the Altona mansion has not ceased since the house changed hands two years ago. The media and regulators have put heavy pressure on the Melbourne family who served as pawns for Wang Zhijun. Chaimovich Investments, the company used to purchase the mansion, was established two weeks before the real estate transaction. Its sole director and shareholder is Ding Xiuzhen (Ding Xiuzhen), a XNUMX-year-old woman living in Elwood, a suburb of Melbourne.

The outside world knew almost nothing about the old man, and even for a long time, the media mistook her for a man. But Fairfax media learned that the 77-year-old grandmother-level figure has never been to Sydney, let alone set foot in the mansion that she is said to have bought.

However, she is a distant relative of Wang Zhijun's hometown in Qingdao. Chaimovich Investments is a trustee company of a discretionary family trust, and Ding Xiuzhen's elderly husband, Chang Fu'an (transliteration, Chang Fu'an), is listed as the sole beneficiary. 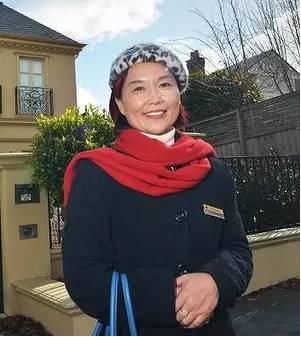 Ding Xiuzhen's daughter Holly Chang was interviewed after Fairfax Media discovered the relationship between her family and Sydney's landmark mansion. "(The exposure is) sooner or later," Ms. Chang said, expressing a sense of ease of not having to pretend, "We don't want to feel that we have to hide."

Ms. Chang said that Wang Zhijun's family originally wanted to buy a house under their own name, but they were unable to implement it due to FIRB regulations. Ms. Chang said that the Wang family also looked at Villa del Mare, which was later bought by Xu Jiayin. This property has also been affected by Fairfax in recent weeks.

Slovakia's investigation by the media, but ultimately fell in love with Altona.

"They also went to see another house, which was later sold for 3900 million...Villa del Mare." Ms. Chang said, "but they didn't like it. They were obsessed with Altona, they liked it there, and hoped it could be sold. So set up a family letter

Trust, let my mother be a director. They also applied to FIRB before, but after having this family trust, they no longer need FIRB's approval. "

Fairfax Media was informed that at the time the transaction was settled, Wang Zhijun held a 457 temporary work visa, not permanent residency or Australian citizenship.

Wang Zhijun is extremely low-key, even unknown in China. The leader of the simple businessman, Qingdao Antai Group, is involved in a range of fields from luxury housing development to mining to golf resorts in mainland China.

Through one of the holding companies in the British Virgin Islands, he holds a 75% stake in Hong Kong-listed construction and property maintenance company Yunsheng International Holdings Limited and is the chairman of the company. The group has businesses in Hong Kong, Macau and Singapore, and has contracts with the Crown Towers and City of Dreams of Australia's richest man James Packer.

In Yunsheng's annual report, Wang Zhijun's resume is very simple, and he hardly provided much personal information. He only stated that he "has been in business for more than 10 years" and holds equity in a Singapore metal trading company.

Chang Holly's brother Shengli Chang declined to comment on why Altona was purchased through a family trust. He also refused to provide details about Wang Zhijun, and tried to play down the influence that one person can refresh the Australian house price record. "We are none of us," Chang Shengli said. "There is nothing mysterious." Later, Wang Lijun became a permanent resident of Australia. According to the communication records found by Fairfax from March this year, Wang Zhijun’s agent issued instructions to change the trust fund arrangement and designated Wang Zhijun as the sole beneficiary of Chaimovich.

Wang Zhijun consulted a large legal company for this, and believes that the use of family trusts does not require FIRB approval.

A spokeswoman in the office of Treasury Secretary Joe Hockey said that Altona’s transaction is now being processed by the Foreign Investment Review Board.

The shadow finance minister Chris Bowen said that “any allegations of violation of foreign investment provisions will be thoroughly investigated”, but he also denied that the finance minister’s crackdown on illegal luxury housing transactions is to solve the housing burden problem.

The editor wants to say that the Australian government only now remembers that it is too late to check the luxury homes. The local tyrants should have already immigrated to Australia since they bought this house. According to Australian law, you do not need to apply for FIRB to purchase Australian real estate after becoming a permanent resident of Australia. From the recent series of luxury housing incidents, it can be seen that the Australian government is really moving, and the government has run out of money, so if there is a way to squeeze out money, how can they not sharpen it. Although we don’t hate the rich in Australia, we advise the rich in China to keep a low profile when they arrive in Australia. Don’t buy tens of millions of dollars in luxury houses at will. Once it is exposed by the mainstream media, if the income was illegal in the country before, it will be ruined. It's not just a luxury home.

Local tyrants appear again at Milan Airport, Italy! The Chinese ran into customs with a box of Euro cash and were checked!

Is the Philippines begging? Aquino's mouth has no way, China rarely scolds "Returning to the shore"! ‏