Arrest now! The Chinese man drove a Lamborghini speeding in the streets of Melbourne and attracted the police...‏

According to a report by the Australian Media Times on June 6, a pair of Chinese lovers driving a Lamborghini sports car was directly detained and arrested by the police after speeding by nearly 8km/h.

At 3:15 pm on Sunday, Casey Highway patrol officers detected the latest Lamborghini at a speed of 80 km/h in the Cranbourne South area where the speed limit is 149 km/h. This Lamborghini was immediately seized. 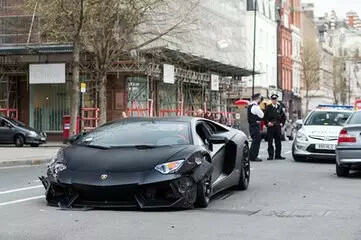 The driver of this supercar is a 36-year-old Chinese man from Melbourne. There is another young woman in the car. The police have conducted routine checks on the driver such as alcohol tests. It is estimated that he will be subpoenaed for speeding so severely. .

Today’s news is mainly to remind Chinese compatriots to abide by the road codes of the states and prohibit speeding. For example, Victoria stipulates that drivers with a Probationary Driver License who are deducted 3 points or more within 12 years or 1 points or more within 5 year will be suspended. Other drivers who have scored 3 points or more within 12 years will also be suspended. Suspension time depends on the points scored. If the suspended person chooses to continue driving, any points will be counted within 12 months and the suspension time will be doubled. The validity period of the scored points is 3 years, and the validity period of each violation is calculated independently. Scores that expire after 3 years will be automatically cancelled.

According to data released by relevant Australian government departments, more than 130 million Victorian car owners contributed nearly 25 billion Australian dollars in traffic violation fines to the state treasury for speeding and running red lights, which is equivalent to paying 475 Australian dollars per minute, which is more than the total amount of fines. There was an extra 1300 million Australian dollars in the last fiscal year. It is rare to see traffic police in Melbourne’s streets and lanes. Traffic police evacuating vehicles will only be seen when the traffic lights in the City are damaged or repaired. The smooth traffic order and the huge fines for traffic violations show that behind the surface calm is strict and orderly management, and penal escrow is used to improve people's awareness of complying with traffic laws. It is understood that most of the fines for traffic violations in Australia are concentrated on speeding, running red lights and parking illegally. 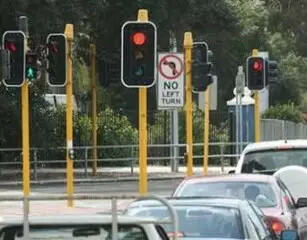 It is understood that Australia has strict penalties for speeding. Not only do there often have speedometers on the road, but there are often plainclothes police cars lying around to measure speed. Some people will be fined for speeding only a few kilometers, especially when crossing traffic lights on busy roads. However, Australia's extremely strict and severe penalties for violations have imposed a great economic and spiritual burden on many people. In addition to the common fines for speeding, red light running, illegal parking, etc., you also need to pay attention to driving under the influence of alcohol, using a mobile phone while driving, and not wearing a seat belt.

However, compared with the safety of oneself and others, fines are a small matter. Keeping driving within the speed limit and driving in compliance with regulations is not only the protection of other people's lives and families, but also the protection of one's own life and family.

Raise your hands if you want to save money! Join a private health insurance group purchase family before the end of June to enjoy a $6 discount‏