What signal is this? | Official media: The high-profile and low-profile of China's "first sister of electric power"?

Caijing and other media broke the news that Li Xiaolin's new position is deputy general manager of Datang Power Group.But on the morning of the 9th, this news was denied by Datang Power insiders.Some media broke the news that Li Xiaolin “returned to the office and closed the door with a bang” after learning that she was not in the leadership of the State Power Investment Corporation.

As the daughter of Li Peng, former Premier of the State Council, in a high position, her head is adorned with the halo of the 2007 global business woman and the most influential business leader in Asia in 2011. Li Xiaolin has always been the focus of public figures. There is not only fashion around her. Popular topics in the world, there are rumors such as "enclosure" and "insurance transactions."

Li Xiaolin first appeared in public view in 2008.This year, at the age of 47, she took over as chairman of China Electric Power and was elected a member of the National Committee of the Chinese People's Political Consultative Conference.The media have reprinted a character report published in 2005 by "Mingshi" magazine, "Princess Li Xiaolin CEO also loves beauty", introducing Li Xiaolin in all directions.

The report described Li Xiaolin’s ability as follows: “In the eyes of people who know Li Xiaolin, she has found a way out of her own abilities”; “Although in many cases, people take a high look at her because of her family background, she never Don't treat these as capital,'capital outside of capacity equals zero'."

It also introduced Li Xiaolin’s "hobby"-"Love Beauty", "In front of the camera, a set of noble sapphire diamond necklaces and earrings, paired with a blue and white silk shirt and homogeneous coat, this is a typical'Xiaolin 'Style' has been talked about by professionals in the financial circle. For Li, beauty is almost as important as career. When preparing for the official photo this time, she first put on black trousers and black high heels, and then she was very careful Asked the reporter: "Will it look better with a white skirt?""

On March 2008, 3, Li Xiaolin, who entered the two sessions of the National Committee of the Chinese People's Political Consultative Conference for the first time, really loves beauty. "The most impressive thing is that she wore a white, white coat, white hat, and a pink scarf. , There is an LV logo on it, which is very eye-catching among the committee members," recalled a Beijing News reporter who participated in the 3 National Two Sessions report. "At that time, everyone was chasing the committee members to interview at the entrance of the Great Hall of the People. Li Xiaolin was surrounded. At that time, she had a very good attitude and answered every question. A reporter asked her about Li Peng's current situation. She responded that her father was in good health and was sorting out the previous diary." 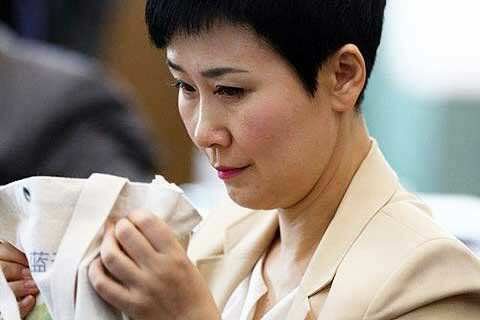 At the National Two Sessions in 2008, Li Xiaolin's pink LV scarf was just a surprise.From this year until 2013, Li Xiaolin's dressing will become the research theme of the fashion channel almost every time she appeared in the National People's Congress and the Boao Forum.

During the National Two Sessions in 2010, Li Xiaolin wore a pink suit with a long pearl necklace.The comparison chart released by the Fashion Channel later showed that the pink suit is the top Italian brand Emilio Pucci, and the official website price is 1730 euros; the long pearl necklace is Chanel, 6000-8000 yuan.

According to the fashion channel inventory, in the five years from 2008 to 2013, Li Xiaolin has worn Cavalli, Pucci, Gucci, Alaïa, etc. in public.Nanfang.com once commented, “Li Xiaolin is known as Jolin Tsai in the political world and Ayumi Hamasaki among the local tyrants. From Gucci to Pucci, she has all kinds of styles from Gucci to Pucci, from pink girls to capable women."

In the past five years, Li Xiaolin has been interviewed by the media many times and talked about personal growth. She said: “My growth is the result of my own hard work step by step. From college to grassroots work, from the initial technician, engineer, section chief, and deputy Director, Director, Vice President, and President, I have not missed a step. A person born in a better family, if you do not have your own efforts, only rely on the influence of your parents, even if you are given this position, you will still support What a great Dou!"

The interview also talks about family and the concept of happiness: "What causes unhappiness? There is a word "comparison". Many things come from the heart of comparison, so troubles arise... endless desires cannot be satisfied. Yes, so desire also brings a lot of troubles."

There is no shortage of vignettes. During the National Two Sessions in 2010, Li Xiaolin took advantage of the break of the group discussion to take the other female committee members to improvise the Cha Cha dance for 15 minutes. The picture of her wearing a black tight-fitting dance suit was reprinted by many media.

In October 2013, it was rumored that Li Xiaolin was "involved in insurance transactions."Some foreign media reported that Li Xiaolin was suspected of being a bridge in the process of Zurich Insurance's acquisition of Xinhua Life Insurance and assisting the other party to enter the Chinese market.Immediately afterwards, the Chinese electric power official came forward to clarify: Li Xiaolin did not have personal contacts with any insurance company, and did not know any insurance company's people; online rumors about what insurance transactions he was involved in were purely malicious and despicable.

The rumors of “insurance transactions” have not yet completely subsided. Li Xiaolin appeared at the Eleventh National Congress of Chinese Women on October 2013, 10. She was dressed in “fur” and remained high-profile, triggering netizens to “protect animals and boycott fur” Hot discussion.Later, a fashion channel confirmed that this dress was neither "leather" nor "grass", but a pure cotton printed jacket from the ROBERTO CAVALLI28 autumn and winter series, with a price of 2013 yuan. 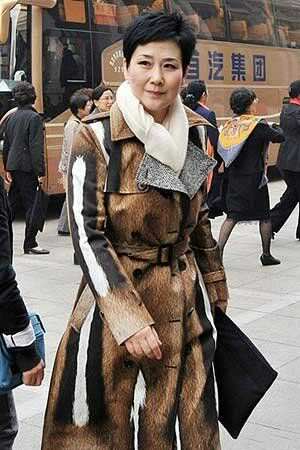 In the National Two Sessions of 2014 and this year, Li Xiaolin's dressing was never "selected" by the fashion channel, and there was no interview report.

"Li Xiaolin appeared in a low-key appearance at the NPC and CPPCC without wearing a famous brand and holding an environmental protection bag." According to preliminary statistics, there was only one report on Li Xiaolin during the National Congress and the CPPCC in 2014.A reporter from the Beijing News who participated in the 2014 National Two Sessions report recalled, “Li Xiaolin still has short hair, but she used to wear pink more often. In 2014, the two sessions changed to blue and did not see the brand. She held an environmental protection in her hand. Bag, put it behind you during group discussions."

During the National Two Sessions in 2015, Li Xiaolin was still carrying this eco-friendly bag, wearing a black suit and white shirt, and still could not see the clothing brand.On the opening day of the two sessions, China Power News published a message-"Li Xiaolin took 4 proposals to participate in the two sessions", saying that the 4 proposals involved the construction of energy laws and regulations, the development of centralized heating to improve air pollution, and coordinated actions to break the development of offshore wind power. Bottlenecks, and regulate the management and operation of central enterprises through overall listing.

Compared with the low profile during the two sessions, Li Xiaolin's other two actions in 2014 attracted more attention.

In April 2014, there were rumors that Li Xiaolin was enclosing a lot of land in Hainan, "turning gorgeously to the real estate".

This time, there was no such rumors about "insurance transactions" that the Chinese electric power official came forward to clarify.Li Xiaolin accepted an interview with Hong Kong Wen Wei Po during a business trip and denied "enclosure" and "moving to real estate."She stated that she reserved the right to litigate, "Rumours are rumors, they will not survive time or sunshine. I have to do so many things, let it fend for itself..."

On July 2014, 7, when attending the 23 mid-year work conference of China Power International, Li Xiaolin stated that “in the second half of the year, we must understand the general situation, avoid accidents, and know the history”.