"It’s all to blame the Chinese." After the Australians collapsed, the Canadians also collapsed, and the Americans are on their way...‏

Chinese people can not go to restaurants, cinemas, opera houses, buy books, watch football games in stadiums, travel, or go to the gym, buy a house and buy a house with all their heart, even if they don’t have money, they have to borrow money everywhere. Go buy a house.

In recent years, overseas hot money has entered the Canadian property market in large numbers, pushing up housing prices. According to the ratio of house price to income, Canadian house prices have soared to the second place in the world; in terms of rent-to-sale ratio, Canada has become one of the world's largest housing price bubbles.

Among the most popular overseas home buyers, Canada ranks third; according to statistics, 50% of new houses in Toronto, Canada’s largest city, are bought by foreigners; in Vancouver and Toronto, 50% of apartment buildings are owned by foreign investors ; 15% of the houses in Vancouver are left vacant for a long time! 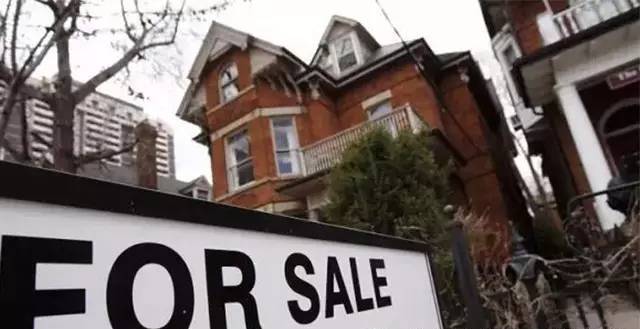 (It is estimated that one trillion hot money from Asian buyers will flood into the Canadian property market.)

How does the Canadian property bubble affect the locals? Let me tell a little story first.

My colleague Mike is a pretty handsome guy, a native Canadian, and a system management engineer in my department. His annual income is 7 Canadian dollars to 8 Canadian dollars, which is more than double the average income of his Canadian peers. Mike got married 6 years ago and later added a boy, a girl, and two children. He bought a large bungalow 3 years ago. Life can be described as happy, typical of the middle class in North America.

However, recently he seems to be a different person, often sighing like a chicken. It is said that in Europe and the United States, you can't inquire into the privacy of others casually, but driven by a strong curiosity, I couldn't help but ask him yesterday: Is something wrong?

Unexpectedly, he glared at me and said, "I blame you Chinese!"

I was stunned, no, I was busy asking what's going on.

It turns out that Toronto's housing prices have soared over the years, which has greatly exceeded the growth rate of local income. When Mike bought the house, the house price was already high, because in North America, house prices have remained between one and two times the average annual household income for many years. And when he bought the house, the house price in Toronto had exceeded four times the annual income of the couple! According to the living habits of North Americans, children must live in separate houses when they are older and enjoy their own free space. Mike can only bite the bullet and buy a big house. Of course, the break-even days have been tight. Moreover, as housing prices have risen, the property tax collected by the government has also risen. The worst part was that his wife was laid off a year ago and did not find a new job until six months later, but the salary was much lower than before, and the family income was missing a large chunk.

Think about it, too, Mrs. Mike’s income is only enough to hire people to look after the children, meals and pets; and Mike takes home 4 yuan after tax each month (the pre-tax income is a little more than 7, and the after-tax income is about 5. High-income groups), deduct the major expenses of housing loans, housing insurance, land tax, car loans and auto insurance, plus travel, vacation and entertainment, etc., there is a big gap of several hundred dollars every month, and life To make ends meet.

This is a very typical white family. Life is in order, going to school, getting married, having children, raising children, raising dogs, working, paying bills, listening to opera, watching movies, traveling, losing weight, seeing a doctor, taking medicine... In concept, life should be like this.

"But what does it have to do with us Chinese?" I asked rhetorically.

Mike said, you Chinese, come here if you have a house, you still want to buy a second. If you buy two, you want to buy three, or even four or five. You want to speculate and make money by speculating on the house. A new real estate opens as soon as the market opens. , 70% of buyers are Chinese; as soon as a second-hand house goes on the market, the Chinese scramble to grab it; Chinese people can’t go to restaurants, movie theaters, opera houses, books, or gyms. If you don’t go out to travel or go to the gym, you buy a house and buy a house, even if you don’t have the money, you have to borrow money to buy a house. This is how the housing prices in Toronto have been raised by you! So we can't afford to live! My parents have retired, and they were planning to spend their old age in an old house. As a result, their house has also risen and the land tax has more than doubled. As a result, they cannot make ends meet and have to sell the house. Toronto can’t stay. I moved to London (a small city in Ontario), which makes it inconvenient for me to visit them every time! The state of my life today is given by the Chinese, forcing me to live like you. Don't blame you who do I blame?

Hearing Mike's prejudiced emotional vent, I felt very uncomfortable. I never thought that in the impression of locals, the image of our Chinese would be so unbearable. I wanted to refute it immediately, but watching the usually gentle Mike flushed and said such heavy remarks, he was obviously forced. I swallowed it to my lips, and stopped there with a haha. Looking back and thinking about it carefully, Mike is not without basis.

In recent years, as long as there is an influx of Chinese in places such as New York, San Francisco, and Los Angeles in the United States; Vancouver and Toronto in Canada; Sydney and Melbourne in Australia, housing prices have been soaring. At the time of the global economic downturn, the Chinese are still rushing to buy houses, forming a "beautiful landscape." 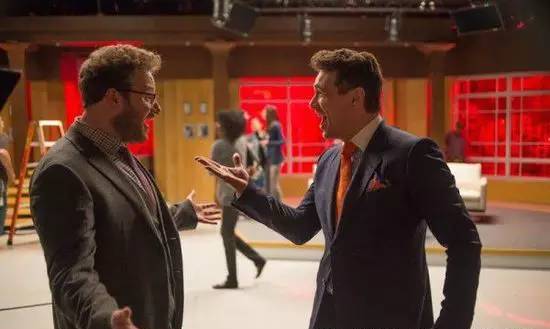 A house purchase restriction order has been imposed on foreigners in Australia. In May of this year, it was announced that the punishment for illegal house purchases by foreign investors will be increased and the purchase of second-hand houses will not be allowed. This is rare in Western countries that are known as free markets. In Vancouver, the English-language media frequently reported on the surge of Chinese (especially mainland Chinese buyers) buying real estate in Vancouver in the past two years. Developers have received protests from locals. The e-mail pointed out that too high housing prices would harm the next generation, and that there are too many Chinese, and immigration should be restricted. Some even threatened to blow up the developer’s office. A few days ago, Vancouver City Councillor and mayor candidate Peter Ladner made it clear that in view of the soaring real estate prices in Vancouver, the government should restrict foreigners, especially Chinese, from buying houses. He pointed out that a large number of real estate speculators from China are the main reason for the soaring house prices. “Due to the soaring house prices, a large number of locals have moved out and at the same time prevented the entry of new immigrants. In the end what you get is not what we were proud of. city ​​of."

Recently, Toronto resident Blatche initiated a petition on the website asking the government to regulate foreign investment in Toronto real estate. It was immediately echoed by XNUMX people and will be submitted to the government by lawmakers.

By the way, since Canada opened up for direct immigration of mainland Chinese in 1995, parental reunion has been delayed from 3 years to 13 years now. The WeChat editor of Chinese Life Network, I remember a few days ago, a questionnaire survey found that only 9% of Canadians like Chinese immigrants, and it is not far from the "yellow peril". Who could have imagined that the image of Chinese hardworking for thousands of years was replaced by opportunism. In other words, the Chinese people’s "loving houses" complex has collided fiercely with the living habits of Europeans and Americans. As the saying goes, "going to the countryside and doing the same", in a foreign country, we cannot ask others to adapt to the Chinese. If one day really annoys people, they will not be able to stop others from opposing Chinese immigration and restricting the purchase of houses.

"I blame you Chinese" after the Australians collapsed, the Canadians also collapsed,As of the end of March 2015, Chinese buyers spent US$3 billion on real estate purchases in the United States, becoming the largest overseas buyer.Americans are following in the footsteps... For more information, you can add the special Chinese real estate WeChat huarenHouse for American Chinese real estate sales.

It only takes two days to travel from Beijing to Moscow by train! Why does Russia look at China's high-speed rail? ‏