In addition to money, we must look at these! Which Australian public school vs private school to choose? ‏

The Chinese have always attached importance to education from ancient times to the present. Chinese parents in Australia put their children's education first. Compared with the single education system in China, Australia gives students more choices. Students can choose to enter the government's ordinary public schools, elite schools or private schools, and they can also choose co-educational schools or boys' and girls' schools. But for many Chinese parents, choose a public elite middle school or a private school. Which one is better? It has always been a topic of "I can't think clearly, but it's messy."

The Jasons, who have settled in Sydney for ten years, really bothered to choose a school for their only son. The son failed to enter the elite middle school as he wished, and he didn't want to go to the local ordinary public school nearby. He was afraid that the child would make bad friends in the middle school and get into bad habits such as drug or smoking. Considering that the tuition fees of top private schools are expensive, at least XNUMX to XNUMX thousand in six years. Jason said that if economic conditions do not allow, the expensive tuition is almost equivalent to a small mortgage. It's really heavy on his back. The couple turned to a local church school with a good reputation. The tuition fee of several thousand yuan a year felt cost-effective. Elite middle schools focus on knowledge education. At present, most Chinese families choose to let their children compete for limited elite secondary schools. Government statistics show that in 2010, the elite schools of New Zealand achieved outstanding results in the HSC exam. From the school ranking table, except for two private schools that were in the top 10, they were ranked ninth and tenth respectively, and elite schools took the top eight. . Elite high schools have a strong learning atmosphere because of the majority of Asian students. Students graduating from elite high schools show the qualities of being capable, independent, and able to learn.

As a mother, Grace has grasped her child's learning since elementary school. A few years ago, my daughter lived up to expectations and got a full scholarship from a famous private girls' school in Sydney. The husband and wife were both happy and worried about whether to attend a private school. Grace said that the reason for the hesitation is because the tuition fees of top private schools are expensive, and the family background of paying students is either rich or expensive. Although her daughter has won the full prize, Grace said that the family’s financial conditions are average, and the child is afraid of getting the child after attending the private school. The style of comparison emphasizes material enjoyment, and the second fear is that if the child’s requirements cannot be met, the child will have a sense of inferiority and the adult will be under great psychological pressure. In the end, Grace decided to let her child go to an elite middle school.

Private schools have strict school rules, focusing on the cultivation of students’ character and appearance Private schools have strict school regulations, a safe environment and complete facilities. Focus on cultivating students' character and appearance. Private schools give students more exercise in social activities and team sports activities. It is generally believed that boys from private schools are polite and gentlemanly, while girls are gentle.

The vast majority of private schools are supported by the church, whether it is a Catholic church or a Christian church. Religious knowledge and religious history are compulsory courses for students in school. Since the faculty and staff of these private schools have their own religious beliefs, they will be more dedicated and responsible in teaching.

The Meixian couple who immigrated to Australia a few years ago came from Taiwan. After the child received the admission notice from the elite middle school, he considered repeatedly or choosing to let his daughter enter a private school. She said that one of the reasons is that the proportion of Asians in elite secondary schools is too high. Since immigrating to Australia, she hopes that her daughter can integrate into the mainstream society more. Besides making friends with Chinese, she can also interact with Westerners. Private schools give children more choices in this regard. Sending to a private school can be better cultivated and exercised in speech, manners, personal accomplishment and ability. She said that since the child can be admitted to the elite middle school, she is confident that the child can study well in the private school. Another consideration is that the religious courses in private schools can also allow children to imperceptibly restrict their behavior. 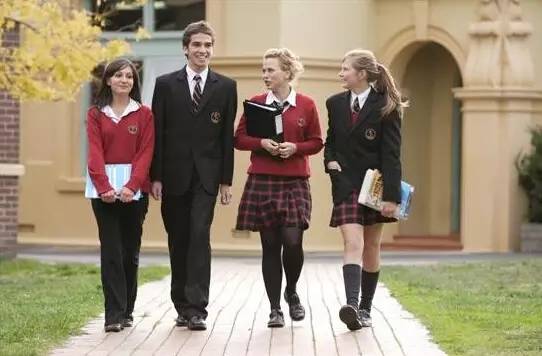 Putting aside the issue of public and private schools, the question of whether to go to boys’, girls’ schools or co-educational schools also makes many parents mind-blowing. Think about it carefully, each has its pros and cons.

Co-educational schools, as long as the parents guide properly, can allow children in adolescence to learn to communicate with the opposite sex normally. Lay the foundation for the future to the society and work. Parents should give more care and love to their children during their middle school. Otherwise, it will become "menopause" and "adolescence", and trouble will continue.

Selective courses of study in boys’ or girls’ schools may be more suitable for children’s growth. The manifesto of a boy's mission school in Sydney is: Our school's purpose is to train boys to become real men. The school will choose courses and activities suitable for the growth of boys, while the girls' school will have optional courses such as sewing or clothing design, and multiple languages ​​that interest many girls.

Parents need to be aware that there may be serious "bullying" among students in mixed schools, boys' or girls' schools, and should pay attention to correct guidance and handling.

If the child has strong self-control and good learning ability, he will grow into a good person instead of just a good person with good moral education.

Housing prices have widened the gap between the rich and the poor in society! Will Australians remain calm? ‏