[The world will be crazy tomorrow] The Australian dollar, the price of iron ore, and the world stock market will all be earthquakes! ! ‏

According to a report from "The Sydney Morning Herald" today, experts said that regardless of the EU’s rescue plan for Greece on Sunday,The Australian stock market and the Australian dollar on Monday are bound to be greatly affected, and there will be great turbulence.

The Australian stock market may rise or fall by 2% on Monday, while the Australian dollar may fall to 72 US cents or rise to 77 US cents. At present, the possibility of the European Union bailout has hit 50%. Elias Haddad, senior currency analyst at Commonwealth Bank of Australia, said"If no agreement is reached on Sunday, it is very likely that the Australian dollar will fall to 72 cents or even lower." The US dollar was originally traded at 74.9 cents, but it has now reached a six-year low of 73.8 cents on Thursday.

If the deal is reached, the Australian dollar will rise, but it should not rise too much. After all, the prices of bulk commodities are lower and the interest rates between Australia and the United States are not much different. It is likely to rise to 77 cents.

Elias Haddad also said: “If an agreement is reached on Sunday, risk appetite will rise, and the euro and some currencies affected by commodity prices will also appreciate. We don’t think the crisis will spread.” 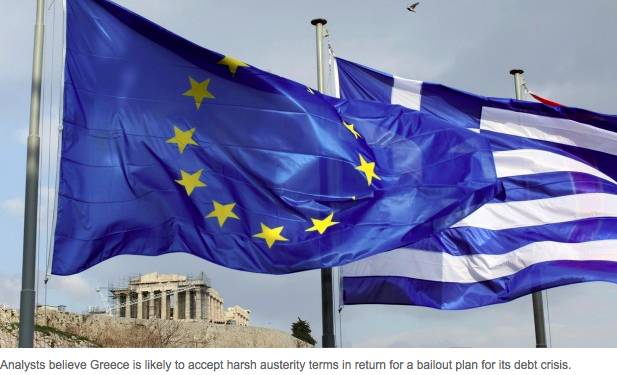 The currencies supported by commodities include Australian dollars, New Zealand dollars and Canadian dollars. All three currencies will develop in one direction on Monday. If an agreement is reached on Sunday, it may increase risk appetite, which will benefit the euro and commodity-backed currencies. If the agreement fails, the euro will be sold off again, which will cause the currencies supported by commodities (Australian, New Zealand and Canadian dollars) to fall a little in the short term. According to the "Australian Financial Review" report, after the panic fell 10% on Wednesday night, the spot price of iron ore in China rose another 10% to US$48.99/ton on Thursday night.
BHP Billiton and Rio Tinto firmly believe that China's steel demand will eventually reach 10 billion tons per year (probably in 2025), but there are clear signs that China's steel industry is retreating. Weakening demand for real estate and infrastructure construction will reduce steel production by 2%.

In addition, Citibank is pessimistic that as the supply continues to increase, pressure to cut prices will continue to accumulate. Iron ore prices will fall to US$2015/ton in the third quarter of 42 and to US$38/ton in the fourth quarter. The market will not improve in 2016, mainly due to the weakening of China's demand for real estate and infrastructure construction.If the Australian dollar continues to weaken, it can help miners reduce the pain of further price declines.

Awesome | China's major trends in the next 10 years, your opportunities are here (in-depth article)‏