The China-Australia Free Trade Agreement has revived! Australians don't like it? The Albert government is under great pressure

The signing of the China-Australia Free Trade Agreement will bring unexpected opportunities to China and Australia, and these benefits will be gradually realized within 10 years. According to the agreement, by 2019, 93% of China’s total imports to Australia will be subject to zero tariffs; and Australia’s tariffs on all products from China will eventually be reduced to zero. The China-Australia Free Trade Agreement covers a number of key economic and trade areas between the two countries, including agriculture, infrastructure construction resources and service industries.

However, some people don't think so! 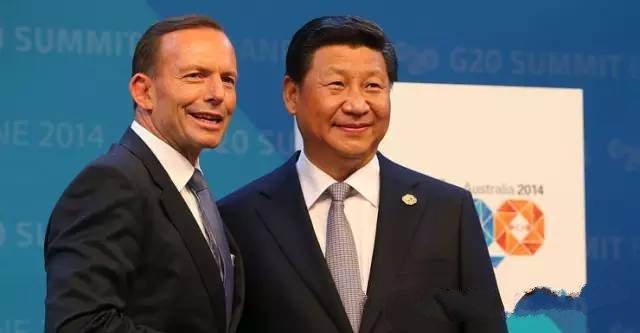 Today, the Albert government is also facing tremendous pressure. Prior to this, the Labor Party criticized that this free trade agreement could not protect the employment of Australians. It is reported that the 7 major Australian unions, including the Australian Manufacturing Union, Construction Mining and Energy Industry Union, Textile Apparel and Footwear Union, Electronic Trade Union, Australian Workers Union, Transport Workers Union, and Maritime Workers Union, have repeatedly requested the Labor Party Veto the China-Australia Free Trade Agreement. Under such tremendous pressure, Penny Wong, the shadow trade minister, said that the Labor Party will propose reforms to the Free Trade Agreement in Parliament later this year. Penny Wong said, "The Labor Party is committed to safeguarding and strengthening safeguards to fully realize the potential of the Free Trade Agreement. This agreement, brought back from Beijing by Trade Minister Andrew Robb, cannot protect Australian employment. Therefore, we are committed to Ensure labor market testing and skill measurement. Only on this basis can we issue Australian work visas to foreign workers." This week, the seven major unions wrote a three-page letter to the shadow trade minister Penny Wong. The secretary-generals of the trade union stated that the China-Australia Free Trade Agreement "has some provisions that make it worse than the general free trade agreement."

What is so bad about the China-Australia Free Trade Agreement?

The economies of China and Australia are highly complementary, but there is still competition. Judging from the current situation, Australia is in an advantageous position in the competition of agriculture and resource products. One of the difficulties in the 10-year negotiation between China and Australia lies in the negotiation of the types of tax reduction products and the transitional arrangements for specific products. Judging from the current situation, products such as grain, cotton, vegetable oil and sugar that are subject to the import quota system are still not included in the liberalization process.

Among resource products, some analysts believe that the signing of the China-Australia Free Trade Agreement may have a certain impact on China's already oversupply coal market. Data show that in 2014, China imported 9441.5 million tons of coal from Australia, accounting for 41.56% of all coal imports.

Since the date of entry into force of the agreement, the basic import tariff rate for unformed other bituminous coal will be reduced to 4% in the first year, to 2% in the second year, and zero tariffs in the third year; unformed anthracite, coking bituminous coal, Goods such as other coal and lignite will be subject to zero tariffs from the effective date of the agreement.

Australian thermal coal is basically declared in China in the name of "other bituminous coal". The Yangtze River Securities Research Report pointed out that based on the current CIF cost of imported 5500 kcal thermal coal imported from Australia, the cost of imported coal will drop by 9 yuan/ton, which will have a limited impact on the Chinese market. . The tariff on imported coking coal in Australia will be reduced from 3% to zero. It is estimated that the import cost of coking coal will drop by about 20 yuan/ton after the tariff reduction, which will have a greater impact on the coking coal market.

Some companies in Australia are also under pressure. Australian Industry Group CEO Velaux believes that under strong competitive pressure, Australian companies must make timely strategic adjustments and change their business models to increase their competitiveness in the domestic market, or they will be eliminated.

The Australian Department of Labor is also concerned that Chinese companies that have invested more than A$1.5 million in projects have the right to introduce temporary foreign workers without the need for local labor market testing, which does not bring benefits to the local job market.

PR does not meet the renewal conditions? Want to stay in Australia again? You can do this! ‏