Today is Sydney! Yesterday, the Melbourne demonstration turned into a violent conflict. The police dispatched a large number of police to calm down...

As there will be demonstrations in the Sydney CBD this weekend, the police warned travellers, local residents and tourists that they may encounter particularly poor traffic.

The editor hereby reminds my friends in Sydney that friends who go to the CBD on weekends should pay attention. If you encounter a demonstration, please make a detour to avoid being involved in violent conflict. 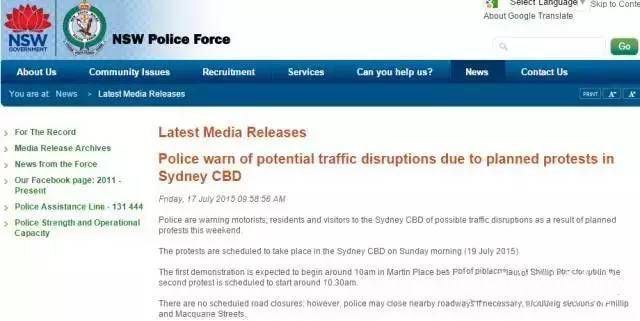 Anti-racist and anti-Islamic groups each held massive demonstrations in Melbourne on the 18th. After the two factions met outside the Parliament House, physical clashes broke out. The security police who came afterwards found it difficult to coordinate for a while, and the demonstration turned into a violent conflict. The Herald Sun reported that the “Reclaim Australia” and the “Patriot Defence League” had previously planned to hold anti-Islamic regime marches across Australia. On the 18th, due to a large number of anti-racist and anti-Islamic groups entangled and scuffled together, the police had to maintain order on horseback and sprayed pepper spray to try to calm the situation. However, several people were still injured in the conflict and were sent to hospital for treatment. Allegedly, the masked left-wing group marched mightily from Spring St to Bourke St, which surprised the police. At 10 o'clock in the morning, up to 4000 demonstrators supporting Islamic immigrants started marching from Spring St. The demonstration of the right-wing group "Recover Australia" started at 11 am that day, and another group of members of the "Patriot Defense League" from Sydney joined the operation at 1 pm. With the gradual increase in the number of demonstrations, the Melbourne police dispatched about 800 police officers on duty to maintain law and order.

In fact, the two groups clashed in Federation Square in April this year, when "Recover Australia" urged supporters to spread their anti-Islamic ideas to the streets. Before the demonstrations on the 4th, members of the two factions also "fighted" many times on the Internet.

A member of the “Patriot Defense League” warned on “Facebook” on the 18th that the group is not afraid of violence, “I hope that every member has life insurance, because today thousands of leftists will encounter violence. , Some of them may bleed in front of the parliament building." 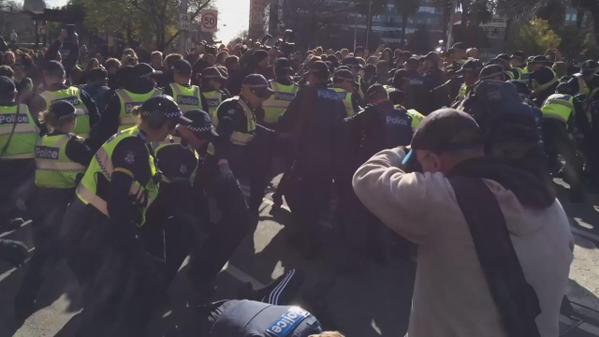 Another patriot echoed: "Brothers and sisters of the'Patriot Defense League', today is the'Recover Australia' day. Let us prepare to demonstrate and win our victory. We are all Australians and no one can change at this point."

Regarding the demonstrations that day, a Victoria Police spokesperson declined to comment, but she hinted that the Victoria Police did indeed mobilize a lot of manpower to maintain law and order and that any behavior that threatens social security is not allowed. of. It is reported that similar demonstrations broke out in Adelaide on the 18th, and on the 19th, such activities will also erupt in Sydney, Newcastle, Brisbane, Perth, Hobart and other places. 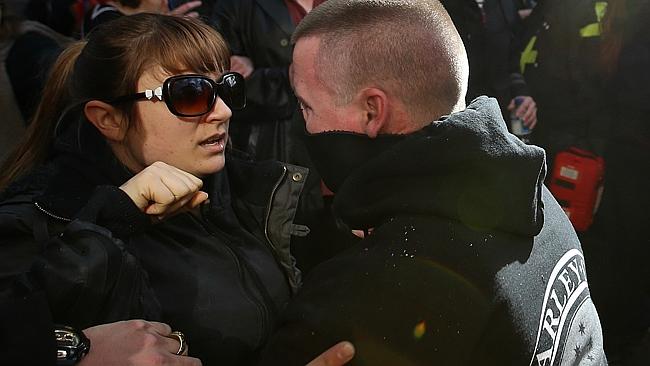 A big deal has happened in the Australian housing market! If this matter is certain, the house price will really fall...

drunk! Australian men like to plant seeds regardless of harvest? After giving birth in the sex city, children don’t recognize people