Look at nationality from spending money and taste: are you Chinese or Australian?‏

The following describesTypical "points" that Australians and Chinese spend money in their lives... take a good look, don't knowAre you Chinese or Australian at heart? Compared with the Chinese, Australians take "house" lightly. of course,Australians will also consider buying large houses, but mostly because of their living needs;The reason why Chinese people like to buy big houses is not only the need for life, but also the motivation to show off their wealth. The Chinese will regard owning big houses and luxury houses as a symbol of "wealth"; Australians regard housing as a warm "nest", and the size of the house is not directly related to whether there is money.

The Australian car is "tool for riding" (transit tool), not the Chinese "social status" (social status) Australians don’t take ownership of a car seriously. No matter what type of car or brand, it is nothing more than a means of transportation... Therefore,The first car that many Australians bought was a used car.As long as you have a few thousand Australian dollars, you can become a "car owner". However, the term "used car" is not a hot search term in the Chinese car buying guide.

But in the eyes of Chinese people, what kind of car a person drives and what brand of car means that TA has a corresponding social status. Some Chinese people also believe that cars can sometimes explain a person's social status more clearly than housing. Those who drive Mercedes-Benz or BMW are either rich or expensive;In Australia, most of the people who drive Mercedes-Benz and BMW belong to the middle class, even the rich who drive cars worth tens of thousands of Australian dollars. 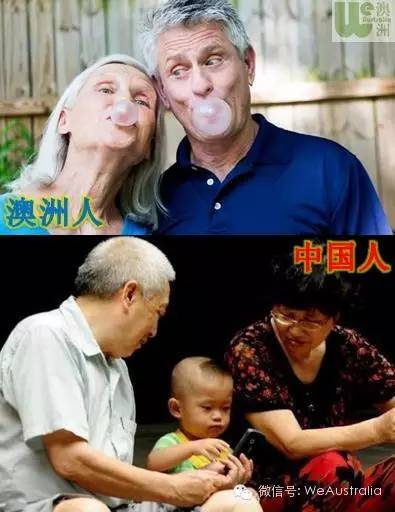 Besides, when it comes to spending money to "catch up with the trend", Australians do their own way.The Chinese compare each other. In this era dominated by mobile phones, "no mobile phone" is unbelievable in the eyes of Chinese people; you buy Apple, I fight Samsung, even the elderly have joined the "mobile phone family"...Although mobile phones are updated very quickly , But the Chinese must keep up! However, when Australians buy mobile phones, they are more concerned with the price or the service charges of the telecom operators to choose a more economical mobile phone to use; some elderly people do not have a mobile phone until now, but use a family landline.

Australians eat "no waste" instead of Chinese "showing off richness" Australians are applauded when the standard of "inviting guests to dinner" is "no leftovers";But in the eyes of the Chinese, the more vegetables left, the more hospitable the host is.

The Chinese pay attention to lavish "eating", as long as they entertain guests, they have to order a full table. Only when everyone has enough food and food, does it appear that the host is sincere and generous; while in Australia, if the host is indiscriminate A large table full of dishes will not leave a good impression on the guests, but will be mistaken for the owner’s “low taste” or “problem with the mind”.

In addition, Chinese people like to use the tableware they are using to pick up dishes for the guests to show their special care. Australians must use communal tableware when picking dishes for guests to avoid the most sensitive hygiene issues; however,Australians seldom serve their customers with food. One is not sure what they like to eat, and the other is that they are worried that they will be embarrassed because they cannot eat.

Although it is necessary to eliminate the extravagance and waste in eating, the editor of Wei Australia must admit: it is the Chinese people who eat more aggressively! Australians are more practical about "wearing clothes and hats", and are not so sensitive to clothing brands.But "good clothes" in the eyes of the Chinese are not only practical, but more importantly, the brand it belongs to.

Faced with the clothes from big fashion brands, the Chinese people always admire them, and always seek to buy a few "latest styles" for themselves to add the finishing touch. Before the world famous brands, the practicality of clothing is not the focus of the measurement standard; although the price is high, as long as you save a little in your daily life, you can still afford it.AndThe temptation of big fashion brands for Australians is whether they have discounts;Many Australians like to buy brand-name clothes at discounted prices in specialty stores during the annual shopping season. As for whether it is the "latest" or "limited edition", let's talk about it! So they all say "Tu-Ao, Tu-Ao"... There is a reason why Australians seem to be very local!

Australians travel for "experience" (experience), not for Chinese "shopping" When traveling,Australians tend to experience experiential tourism, and they like to feel the difference between local nature and humanities, so that they can open their eyes;Although the Chinese also like to feel the different worlds outside, they prefer to spend a considerable part of their time shopping in the local area. The goods they buy involve various famous brands and big names.

Therefore, the cost of Australians traveling in China is much lower than that of Chinese traveling in Australia, because Australian traveling is just traveling, and shopping is just to buy some special products or souvenirs. It is precisely because the Chinese have a very strong desire for consumption and purchasing power that many countries around the world have provided more convenient tourist visa policies for Chinese tourists, in order to wait for the Chinese to help their country revitalize the economy! 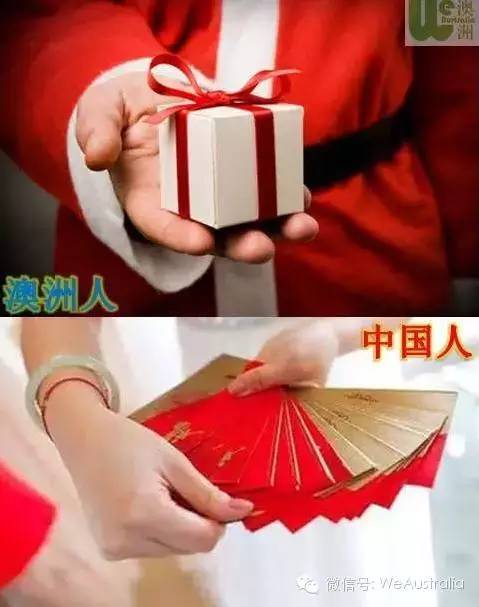 Australians "giving gifts" express blessings,And "gifting" is a kind of culture in the eyes of Chinese people.

There are countless reasons for the Chinese to give gifts. Gifts for weddings and weddings, gifts for children on full moon, gifts for moving to a new house, gifts for someone to do business, or gifts... Australians do not give gifts to civil servants; gifts for relatives, friends and colleagues are mostly on Christmas During the festival, a small gift and a greeting card are enough, as long as it makes people feel good.

Australians seek to make their children "be happy", not the Chinese "mompetition" On the issue of "education of children",Australians seek to make children happy,The Chinese are afraid of letting their children lose at the starting line.

In the eyes of the Chinese, the child is always the trump card in family life. Whoever loses can not lose the child; Chinese parents are willing to spend money on their children, and they start from the moment they are born... The children must attend classes from school. Parents have to spend a lot of money for this class and that class later.Australians rarely let their children participate in various tuition classes after school;On the contrary, they like to "stock" their children and let them do what they are interested in. In short, happiness is the most important thing!

In summary, dear... Are you Chinese or Australian in your heart?

The article is reproduced from "WeAustralia"

remember! Stolen bank card 19 thousand! He did this so that the bank had only full compensation‏