Can the 3400 billion benefit and the IPO suspension save the market? Hong Kong media: If XNUMX points are lost, people will step on people.‏

The stock market is bloody, and there are frequent market rescue plans on weekends.First, a joint rescue plan for 21 securities companies was released on weekends, and they invested 1200 billion to buy blue-chip ETFs. Securities companies’ self-operated stocks did not reduce their holdings, and they chose to increase their holdings.Last night, market news reported that the China Securities Regulatory Commission requested refunds for IPOs that had already been paid, that is, suspending IPOs.Will such a combination boxing market buy it?What is the magic formula that the market is looking forward to?If the bailout fails, what will happen?have a look-

In the evening, market news reported that the China Securities Regulatory Commission requested refunds for IPOs that had already been paid. The announcement is as follows: Due to the recent market volatility, the issuer and the sponsor (lead underwriter) are under careful consideration and decided to postpone the subsequent issuance work. The expected issuance schedule originally disclosed will be adjusted. Online subscription funds will be unfrozen on July 7, and offline subscription funds will be returned on July 6. The issuer and lead underwriter will promptly announce the follow-up matters of this issuance.

Insiders close to the China Securities Regulatory Commission and an investment banker have confirmed to The Paper that the IPO issuance is currently suspended.

According to public information, a total of 30 companies involved in the suspension of IPO.

Among them, there are 10 new stocks that have been issued to be listed, namely Sanfu Outdoor, Zhongjian Technology, Reader Media, Runxin Technology, Anji Food, Bangbao Yizhi, Kailong, Bomin Electronics, Zhongke Chuangda and Dawson .

According to market forecasts, the 10 new stocks may freeze 4.46 trillion yuan in capital.

Public information shows that there have been 8 suspensions of new share issuance in the history of A-shares, the most recent being from November 2012 to early 11. There are many reasons for this IPO suspension. One of the reasons is that since August 2013, A and B shares have fallen all the way, becoming the worst-performing markets of major economies for three consecutive years, while the stock markets of European and American countries, which have been deeply affected by the financial crisis, have taken the lead in getting out of the downturn, and stock indexes have reached new highs. . Another important reason is that the supervisory authorities have carried out what is known as the most stringent financial inspection of IPO companies in history to squeeze out the financial "water" of the companies to be listed.

From the perspective of stock price performance, the suspension of new share issuance has indeed boosted A shares.

It is worth noting that the press conference of the China Securities Regulatory Commission last Friday did not announce the suspension of the IPO. The spokesperson of the China Securities Regulatory Commission Zhang Xiaojun stated on July 7 that it is the basic function of the capital market for companies to raise capital through IPOs. Taking into account the recent market conditions, The CSRC will reduce the number of issuers and the amount of funds raised accordingly. In early July, 3 IPOs have been arranged, and the amount of funds raised will be lower than in June.

Li Lifeng, a strategic analyst at IFC, said that the weekend "rescue the market" combination boxing was highly targeted and praised the government's "rescue" policy!

1. The previous rescue measures strongly appealed by the market mainly include "suspending IPO" and "real money" cash to stabilize the market. These two heavyweight rescue policies have been launched this weekend, showing the government's determination and strength to rescue the market. , Full of sincerity and highly targeted;

3. The weekend’s “rescue the market” policy combination fist, from both the capital supply and demand side, largely solved the root cause of this round of market decline, that is, the dilemma of “the mismatch between capital demand and supply side”;

4. For the next market, we tend to feel that the sincerity of the regulators to "rescue the market" with practical actions will also be felt by the market. It is no longer a "slogan-style" just saying but not doing it, which is the point for the government to actually rescue the market. awesome. It is expected that the process of finding the bottom of the A-share market may be repeated, but it is not far from the bottom of this round of market.

21 securities companies issued a joint announcement: brokerages below 4500 points will not lighten their positions 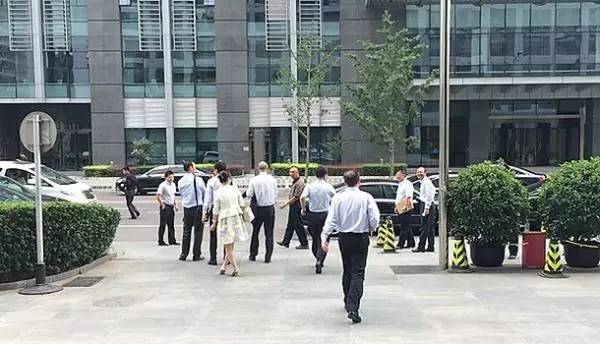 On July 2015, 7, brokerage leaders rushed to the Securities Regulatory Commission for a meeting.

After the China Securities Regulatory Commission urgently called 21 securities companies to Beijing for a meeting, in the afternoon of July 7, the Securities Association of China announced that 4 securities companies held a meeting to analyze the current stock market situation and have full confidence in the development of my country’s capital market. Unanimously stated that they will resolutely maintain the stable development of the stock market. The meeting decided:

4500. The Shanghai Composite Index is below 2015 points. On the basis of the balance as of July 7, 3, the securities company's self-operated stocks will not reduce their holdings and will increase their holdings at the opportunity.

XNUMX. In accordance with the "Administrative Measures on Margin Trading of Securities Companies" and other relevant regulations issued by the China Securities Regulatory Commission, the counter-cyclical adjustment mechanism shall be improved, and relevant indicators such as margin ratio, guaranteed securities conversion rate, and securities lending business scale shall be adjusted in a timely manner. Under the premise, try to do a good job in handling customer defaults as smoothly as possible.

25 public offering funds held a meeting, "Xiao Gang is very confident and said that trillions of funds can be expected"

In the afternoon of the same day, the China Securities Regulatory Commission held a meeting with the chairman and general managers of 25 mutual funds to discuss the stock market. Participants told The Paper that Xiao Gang, chairman of the China Securities Regulatory Commission, was in good condition that day, and mentioned that trillions of funds in the A-share market could be expected.

"The chairman said a word: Have the conditions, ability, and confidence to maintain the stability of the securities market." Participants said.

It is reported that the meeting started at 3 o'clock in the afternoon of the day. Only the chairman and general managers of more than 20 public fund companies participated in the meeting. The participants did not have a legendary private equity institution.

Allegedly, because the fund is a fiduciary responsibility and represents the interests of retail investors, there were no specific substantive measures in the fund industry executives' meeting that afternoon. The main content of the meeting included two:

First, Xiao Gang's speech expressed his confidence in the stock market and mentioned that trillions of funds can be expected in the future. "But how the trillions of funds are calculated, whether it includes the 1200 billion funds mentioned by the Securities Industry Association in the morning, we don't know." A participant revealed.

Second, the executives of the fund company took out data such as fund purchases and redemptions of various companies to analyze market views. "From the data provided by various companies, the public offering funds have been net purchases in the past two days. In addition, some public offering funds have recently issued new funds and have not yet established positions. They can enter the market at any time. Everyone is confident in the market." Some participants revealed.

In addition, according to reports, the participating fund company executives also stated that the executives are ready to come up with their real money and silver subscription funds to express their confidence in the capital market.

Article reprinted from The Paper

The emergency button appeared in Melbourne CBD faster than the alarm! Never be afraid of emergencies anymore‏

The stock market is green and short of money! China visa fees will increase tomorrow! Please note for Australian passports‏