Before the editor: The power of gambling cannot be underestimated, because it can turn a millionaire into a multimillionaire. Of course, it is also possible for a rich man living in the contemporary era to return to pre-liberation overnight. There is such a rich man who took a huge bet at Melbourne's Crown Casino and lost 1700 million Australian dollars in a row. Many friends were shocked. So, then let's take a look at the 1700 million Australian dollars gambling of the local tyrant and the casino.

According to Australian media reports, a man surnamed Yu (Yu) had a very bad week at the Crown Casino. The gambling capital of 1700 million Australian dollars was handed over to the casino. 1700 million Australian dollars, based on the current exchange rate, can be described as more than 8000 million yuan. However, the man did not calmly accept the losing streak. On a certain weekend night, after a baptism of losing streak, he became suspicious of the casino, so he set off and took the casino to court.

The prosecution is against the gambling game Baccarat. It means "0" in Italian (maybe the subtext of the game is to change the number in your pocket to "0"). Baccarat is one of the most popular gambling games in the world, and its gambling capital is also rich. From a statistical point of view, the probability of winning in Baccarat is slightly higher than in other gambling games. Players can observe the previous betting rounds through the monitor, and then perform trend analysis to calculate the law of the next round. Based on this phenomenon, Mr. Yu concluded that the casino misled players by monitoring video. And he also declared that if it were not for the false display on the monitor, he would not lose such a large sum of money.

Crown Casino responded negatively to the matter. A spokesperson for the casino claimed that they had not received notice of the lawsuit. And the casino will never make this misleading behavior. If there is a disagreement between the player and the casino, the casino will ask the Victorian Gaming and Liquor Supervisor to follow up and investigate the matter.

However, at least the gentleman still abides by the rules and handed over the gambling capital. In May 2014, the "Sun Pioneer" reported that Melbourne Crown Casino also pursued nearly 5 million Australian dollars in gambling debts from Zhao Li, a Chinese gambler. However, the man has disappeared in Australia, and it is difficult to find him in China. In the end, out of helplessness, the casino could only sell the "overgrown" house abandoned by the player to repay the debt. It is reported that the gambler repeatedly owed his debts, and Crown Casino also overdrafted him 800 million Australian dollars to support his splurge in the casino.

Finally, what I want to say is to stay away from gambling and cherish life. Although talking about money is vulgar, but in case you can't pay the debt, the feeling of being collected is not optimistic. The most important thing is that casinos take advantage of the endless greed of human nature to lend gamblers to gamble, or let the gamblers taste the sweetness before they lose their money, to stimulate gambling consumption. Gambling will not destroy a person, but they will provide a person with a path to destruction. The next step depends on how that person decides. 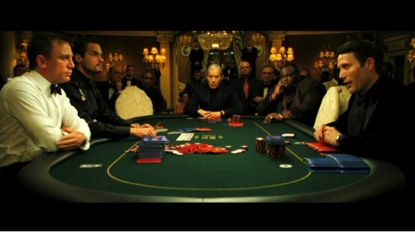 Is this stock market really bearish? See how investment gurus such as Buffett responded to the stock market crash‏

Touch the belly button with backhand Out! I heard that a bikini bridge is a good waist‏