Can only "haha"! The company of Chongqing "Fuqiao" wants to go to Australia to be listed in Australia?

Although the domestic stock market is terrible, there are still many dreamers. According to rumors, the Australian Stock Exchange ASX announced that the "Traditional Physiotherapy Co., Ltd." under Chongqing "Fuqiao" is going to be listed in Australia. Not to mention whether there is any oil or water in the listing in Australia, why even the name "Traditional Physiotherapy Co., Ltd." is missing something? Seems to be missing the subject? Can only "haha". Besides, this "rich overseas Chinese", the editor has seen in Chengdu, Chongqing many years ago, the business is really good. But when I returned to Chengdu last year, there was a house next to Du Fu's Thatched Cottage. The whole feeling was that there were more waiters than guests, and the failure was obvious! The Australian market is small, there are not many rich people, and investors are not scared. No matter what purpose domestic companies go to Australia for listing, they should do it and cherish it—

Recently, according to the information released by the ASX, many Chinese companies have begun to enter the local capital market and are preparing to list in Australia. This can be regarded as a new trend.

The most recent one is a company named "Traditional Physiotherapy Co., Ltd.", behind it is China's largest foot massage company-Fu Qiao. It is the only Chinese well-known trademark holder in China's foot massage industry and an industry designated by the Ministry of Commerce. Drafters of the regulations, there are currently more than 300 stores in China, all over the country. 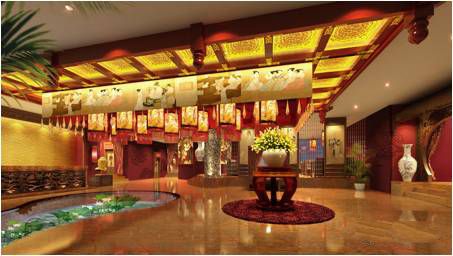 Although "foot bath" does not sound tall, it has a huge consumer market. The local media has reported on the listing, and some analysts said that it has a dividend of up to 9.6%, which will be paid twice a year, which will be very attractive. It is likely that there will be some who pursue long-term value investment. Institutions go to subscribe.

However, due to the lack of local retail investors' understanding of the Chinese market, the initial subscription price proposed by the company was low. The composition of the board of directors is dominated by Western Australians. The chairman of the board is a former PwC senior partner and Andrew Sneddon, who is the chairman of many listed companies on the ASX. The two independent directors Jeff Fisher and Glen Lees are well-known Australian franchise companies. The former CEO and CFO of OPORTO, and the board secretary Lisa Dalton is the current secretary of the board of MacarthurCoal, a well-known large Australian listed mining company. The strong board has laid a solid foundation for attracting more local investors and future expansion. According to reports from the ASX website and Australian Financial Review, the company plans to raise 1500 million Australian dollars to expand the number of stores.

News compiled from the ASX website and "Australian Financial Review"

Are you coming or not, she is waiting for you there! Australia's 6 most beautiful self-driving routes‏