The charm of cats is unstoppable! Canberra Cat Restaurant is about to open

Australian sisters Carolyn and Andrea Sewell plan to open the first local cat restaurant in Canberra in September this year.

According to Carolyn, the two originally planned to set up the restaurant in Melbourne. However, due to the high voices of Canberra cat lovers on social media, they finally decided to move the store address from Melbourne to Canberra. However, the specific location of the restaurant has not yet been determined.

Carolyn said in an interview that the concept of the cat restaurant comes from overseas, and the presentation form and theme concept of the Canberra store will be similar. According to reports, the restaurant is mainly divided into two areas, one is the cat's free play area, and the other is the owner's dining area. "Although Japanese cat restaurants will mix the two areas together, we do not plan to design that way. There are many cat lovers in Canberra. Many students love cats but do not have cats because of the limited living environment. There are still some people. I prefer to order a cup of coffee in a cat restaurant and amuse other cats at will."

It is reported that the cat restaurant first appeared in Taiwan in 1998, and then spread to Japan, where it caused a boom. In 2014, this restaurant model took root in Melbourne.

Carolyn said frankly that cat restaurants have a trend of spreading across Australia. "By the end of this year, Sydney will have 4 restaurants, and Hobart and Perth will also have their own cat restaurants." 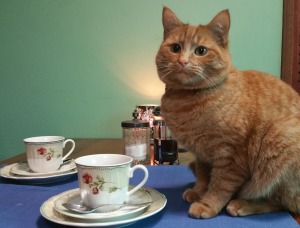 Attention, those who travel to Australia! The Chinese came to Australia without insurance, and fell out of 60 medical expenses.‏