The General Administration of Customs investigated and dealt with smuggled frozen products with a value of more than 30 billion yuan, including more than 10 tons of by-products such as frozen chicken wings and frozen beef, and even "zombie meat" with more than 70 years of age. Post-XNUMXs "zombie meat" is difficult to detect, and most of them are overdue war prepared meat from abroad. Small restaurants in second and third tier cities have become the largest customers.

Frozen meat after 70 | began to rot and then re-frozen

The invention of freezing technology was to ensure the freshness of food. However, the reporter learned that the production date on some smuggled frozen meat packages showed that the "meat age" was as long as 6 to 80 years. During the special operation of the customs to combat frozen meat smuggling in June, a "post-70s" anti-personnel officer investigated and dealt with a batch of "post-XNUMXs" frozen meat older than him at a port in Guangxi.

"It's too stinky. The whole carriage opened the door and almost threw up." said Zhang Tao (pseudonym), a police officer from the Changsha Customs Anti-smuggling Bureau. 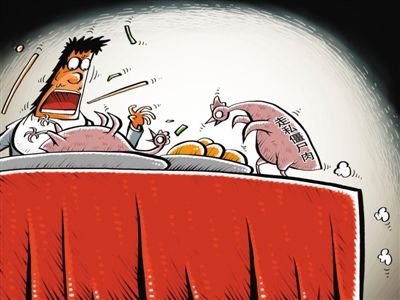 A member of the Entry-Exit Inspection and Quarantine Bureau told reporters that unlike profitable cold storage, which requires storage and electricity costs, the storage cost of this strategic meat reserve is very low. The cost of freezing meat stored as war preparations is about 17 yuan per ton per year.

It is also the low storage costs and prices that have spawned the market boom of smuggling expired meat in recent years. The person said that beef with a price of less than 30-40 yuan is suspected. A Cui, who has been engaged in the beef trade for a long time, told reporters that this kind of aged frozen meat is mostly foreign strategic reserves, mainly in the United States. During the replacement of storage materials, some aged beef began to circulate to the market. "After long-term freezing and preservation, the surface area of ​​beef has begun to oxidize and turn black, so it will not be sold directly to consumers as frozen meat.

“The shelf life of frozen products such as beef and mutton is generally 8 months to 12 months in domestic regulations, and it must not be defrosted after the expiration date. However, the storage time in other countries in the world is longer, generally up to 2 years.” Deputy China Meat Association Secretary-General Gao Guan told the Beijing News reporter that although countries have detailed regulations on the shelf life of frozen meat, the management level of cold storage is also uneven, and not all standards are strictly implemented. 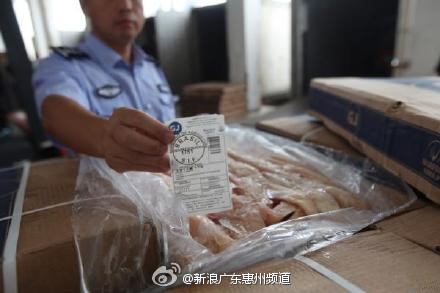 "After the smuggled meat enters the customs from Hong Kong, it is mainly sold to Yunnan, Guizhou, Sichuan and other provinces and cities. The target customers are small restaurants." A person close to the distribution channel told reporters that the import price of such expired frozen meat is very cheap. There is also no inspection report. In order to avoid quarantine and supervision, distribution will also avoid first-tier cities such as Beijing and Shanghai, and focus on supply to restaurants in second- and third-tier cities. "This kind of meat has been stored for too long, and it will be filled with water in order to keep the surface oily, and the surface will feel sticky when touched by hand."

A number of food safety inspection agencies and experts told reporters that according to current technical methods, it is generally possible to test the sensory, microbiological and other indicators of meat quality to determine whether it has expired, but it is difficult to directly determine the actuality of aged frozen meat. Store age.

Experts pointed out that in order to effectively combat the smuggling of frozen products, we must strengthen the source control of smuggled frozen products, and set up a strict monitoring network in border areas where smuggling is rampant to block the channels for smuggling frozen products. Otherwise, once frozen products flow into the mainland, it will be more difficult to hit them after being transported to the extensive transportation network.

According to reports, in order to prevent smuggled meat from unknown sources from getting onto the table, the General Administration of Customs has deployed two rounds of special operations to combat frozen meat smuggling across the country in April and June this year. Localities will also increase efforts to combat the smuggling of frozen products. Look at the logo. The instructions should state the origin of the food and the name, address, and contact information of the domestic agent. The content of the label should not only be exactly the same as the foreign language content, but also must include the following items: food name, ingredient composition, net content and solid content, country or region of origin, product production date, shelf life, storage guidelines, manufacturing, packaging, Information such as the name and address of the sub-packaging or distribution unit, and the name and address of the general distributor in China.

Second, look at the "CIQ" logo. When buying imported food, please pay attention to check whether there is a "CIQ" (China Inspection and Quarantine) mark on the imported goods. The basic pattern of the "CIQ" mark is round, with blue lettering on a silver background, and a 9-digit serial number on the back. This mark is the most important means to distinguish the authenticity of "foreign food".

Kneel down! A fraction of the cost is not enough! A 9-yuan bag of German Yun milk powder reappeared in China‏

What the hell, cute! The 7AB grade reduction standard for Australian business immigration will not be implemented on July 1‏