If nothing happens, A shares will have a daily limit of XNUMX shares today! You must know this‏

Over the weekend, the management released a number of major positives one after another. After the major positives are released, how will the market react on Monday (July 7)?

"That's something about Hong Kong stocks," said Gelong, the head of the company: If there is no accident, A-shares will have a daily limit of XNUMX shares on Monday.

If nothing goes wrong, Monday's A-shares should see a boom in the XNUMX-share daily limit.

There is no doubt that we have just been lucky enough to pass a financial crisis. No matter what happened in the previous two weeks, it is not important anymore. Before the crisis became uncontrollable, the government made a decisive move. China, the big ship that needed to stop leaking everywhere, successfully sailed away from the center of the storm, and continued the nation’s dream-seeking journey with difficulty but tenacity.There will still be wind and rain in the future, but the risk of capsizing the ship is gone.

On the evening of July 7th, the supervisory authorities once again offered a "rescue market" strategy, and the listing of new stocks was postponed across the board. According to Xinhuanet, 4 companies that have obtained IPO approval issued an announcement on the evening of the 28th, deciding to postpone subsequent issuance work, and refunding the subscription funds that have started the subscription process. Details are as follows:

These 28 announcements all stated that due to the large market volatility, out of prudent consideration, the issuer has suspended subsequent issuance work. The originally disclosed issuance schedule will be adjusted.

[Interpretation] What impact will it have on A shares?

Li Daxiao, chief economist of Yingda Securities: The suspension of issuance has been confirmed, which is very conducive to market stability. The management still adopted the proposal to adjust the pace of issuance. This is one of the most important conditions for bailout.

Li Lifeng, Chief Strategy Analyst of China National Securities Co., Ltd.: The suspension of IPO has greatly eased the pressure on the capital demand side of the secondary market; on the other hand, it also encourages medium and long-term funds to enter the market, and advocates securities companies to subscribe for ETF funds with free funds. "Blood transfusion" at the capital supply side of the secondary market.

Economist Song Qinghui: After the current market plunged continuously, the buying power of the market is seriously insufficient, and the continuous issuance of new shares has made the ischemia very serious. The suspension of IPO issuance has a great positive effect on the rebound of the market. The continuous daily limit of stocks is certain.

Good fortune two: 21 brokerage companies will enter the market before 1200 o'clock on Monday, with 11 billion yuan entering the market, aiming at 4500

[Interpretation] What is the strength of the 21 securities companies that have joined hands to protect the disk?

According to the data currently available, these 21 securities companies are the most influential companies in the securities industry. The first is that the scale of the industry accounts for more than 60%, and the net assets exceed 8000 billion yuan; the second is that the scale of self-operated stocks accounts for more than 80%, and there is more room for future holdings.

Yang Delong, chief strategist of China Southern Fund, said that although 1200 billion is not as large as the market's one-day trading volume, it has a clear demonstration effect on the market and can guide everyone to buy the bottom. The market margin balance is now close to three trillion yuan. These funds are all waiting for the market to bottom out. The market is not short of money, but lacks confidence. The government is currently helping investors rebuild their confidence.

Good for three: 25 fund said it will open the pre-term purchase fund subscription

According to the China Fund Industry Association, 25 public fund companies held a meeting today, and the participating companies initiated and actively implemented:

1. Open the subscription of the pre-term purchase fund to provide investors with more choices.

2. Grasp market opportunities, speed up the application and issuance of partial equity funds, and complete the opening of new funds in accordance with the provisions of the fund contract.

3. The chairman and general manager of the participating fund companies promised to actively subscribe to partial equity funds of the company and hold them for at least one year.

[Interpretation] What is the impact?

According to Xinhuanet, some analysts say that many stocks have shown investment value, providing a rare investment opportunity for hundreds of billions of new public funds.

Market outlook: Will A shares rise retaliatoryly on Monday? 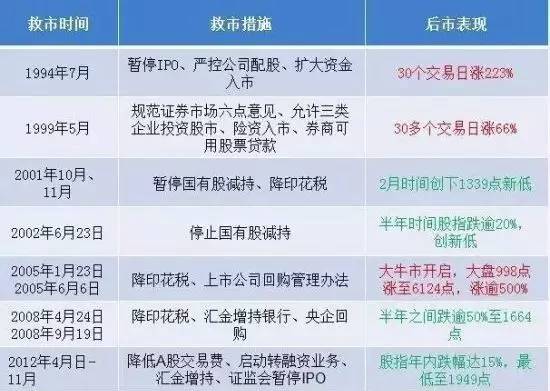 Shen Zhengyang of Northeast Securities said that a series of policies over the weekend were major positives. Regarding the stock market statement next Monday, Shen Zhengyang said, "Retaliation growth is expected."

First, the entire management began to realize that the capital market had fallen to the point where it had to be faced and dealt with. In other words, this is not a problem with the stock itself;

Second, we believe that the purpose of these measures is to stabilize the entire capital market, at least to remove the current chain of leverage and liquidation, and then continue to coerce more selling and passive sell-down orders and close positions, thereby allowing capital The market's current panic-down situation is broken.

They are always out of stock, and they are always selling like crazy-Australia's health care products are full of old and new brands! ‏