Qiang Dong Liu Wan is hi! As soon as the Jingdong Australia Pavilion opened, it falsely claimed that it was an Australian pharmacy flagship store

Editor: JD Mall recently took a historic step, that is, JD has expanded its business empire to Australia. On June 6th, just in Melbourne, JD.com held the launching ceremony of the JD Global Purchase Australia Investment Promotion Conference and "Australia Pavilion". "Australia Pavilion" will bring pure Australian food, nutrition and health products, outdoor sports and other products to domestic consumers. The Australian goods purchased will reach consumers within two days. Liu Qiangdong said confidently that Australia has a vast land and abundant resources and good product quality, but lacks consumers. JD.com provides Australia with a market that is 29 times larger than the domestic market. However, the editor has a question here: Can consumers in this 70 times larger market really buy Australian products of the same quality as Australian consumers? After all, many consumers in the big market of China have bought fake goods from JD.com. While questioning, a piece of news questioned the credibility of JD.com. JD.com was reported to have fraudulently used the reputation of Chemist Warehouse, Australia's largest pharmacy chain, to sell products online. I just entered the Australian market and staged such a play, and it is still a product that goes deep into consumers' lives. It seems that consumers in China should be cautious about JD’s overseas products. So, what is the specific cause and process of the incident?

Yesterday, some netizens complained that Liu Qiangdong’s Jingdong MallFraudulent useChemist Warehouse, a famous chain pharmacy in Australia, sells Australian products. Below is a screenshot of a netizen: 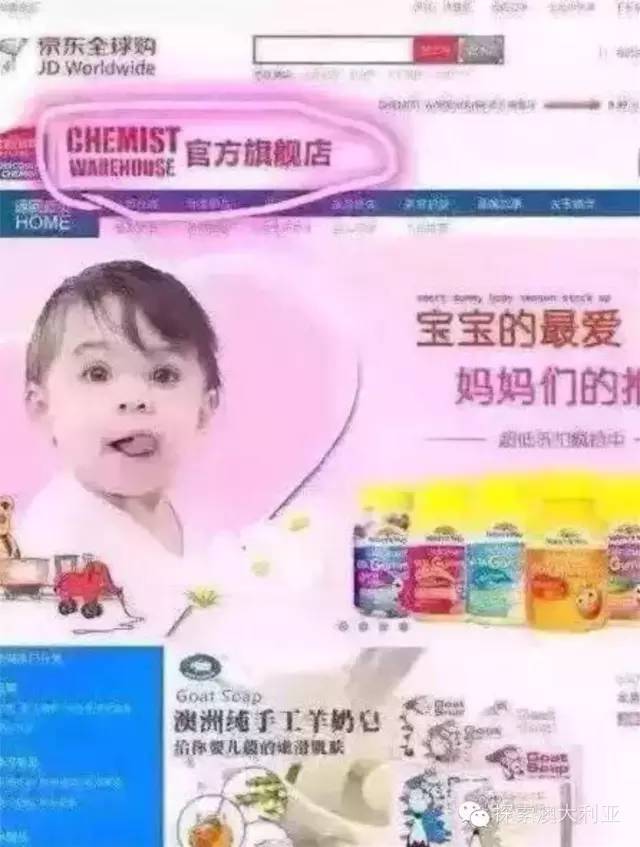 PS:Although the picture has been forwarded many times and the quality is very low, but the upper left corner of the picture can still be clearly seenBelow the JD Global Shopping icon, there are the Chemist Warehouse icon and words and the eye-catching Chinese text: "Official Flagship Store".

If I saw it for the first time, I really thought it was a strong combination of a large domestic e-commerce company and an Australian chain pharmacy, but the following text made people feel strange. 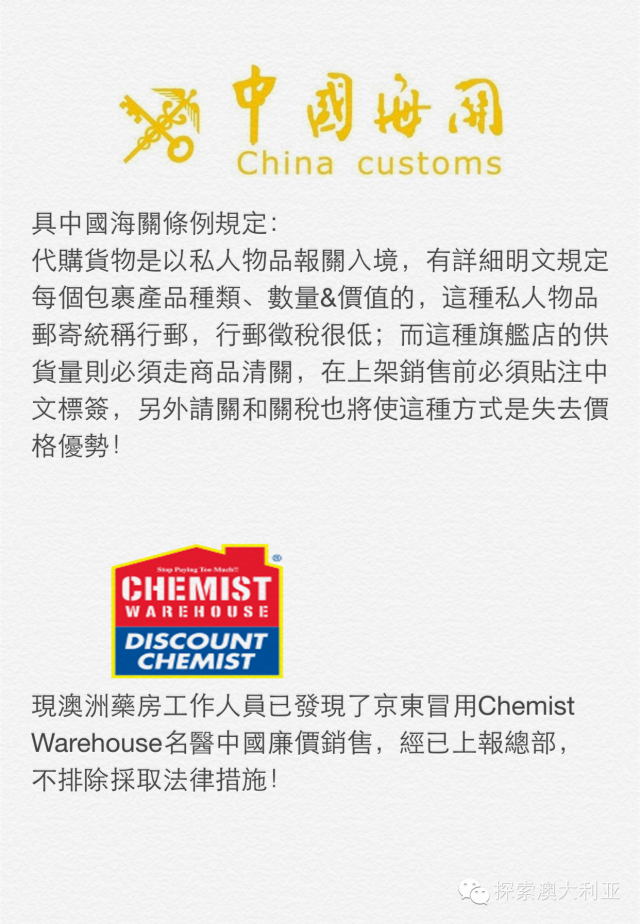 Interpreting from the above text alone, it has been confirmed by Chemist Warehouse that it is a counterfeit shop and the trademark has been removed.

① Lie about the flagship store of Chemist Warehouse

Chemist Warehouse is the largest chain pharmacy in Australia. Moreover, all hot-selling products are frequently out of stock. Locals may have to go to the pharmacy every day for ten days and a half to buy the product. Even if you are lucky, the purchase is limited to 3 pieces per person.

Australia is vast and sparsely populated, and production costs are high...

But after all, Australia is sparsely populated and production is low, so it is an impossible task to meet the needs of the 13 billion people of the celestial dynasty. In order to ensure the local demand in Australia, the purchase restriction method has been adopted since last year, soJD.com wants to sign a supply agreement with Chemist Warehouse.

② Renamed as the official flagship store of "Australian Pharmacy"

There is indeed no word Chemist Warehouse, the existing wording is "Australian Pharmacy Official Flagship Store". 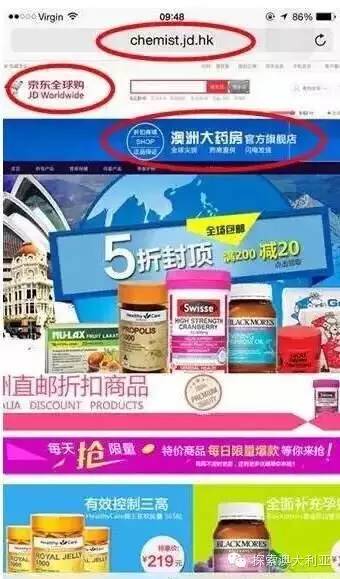 There is no "Australian Pharmacy" at all in Australia

I was confused when I saw "Australia Pharmacy Official Flagship Store". Could there be another pharmacy in Australia with a name similar to "Australia Chemist" but I can only suspect that I am ignorant, but after searching on the website, I got the result. There is no pharmacy with this name at all. . Does Jingdong Mall cooperate with the fabricated pharmacy?

③The bullshit is Swisse's flagship store in China. After the lie was exploded by T, the Swisse Logo was no longer found on the website

Consulted with Swisse, a well-known Australian health care product manufacturer, and the answer was: "Currently, Swisse does not authorize any physical stores or online stores in China." 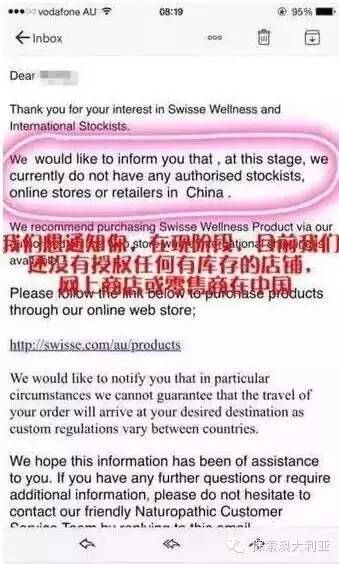 The above is the official response of swisse 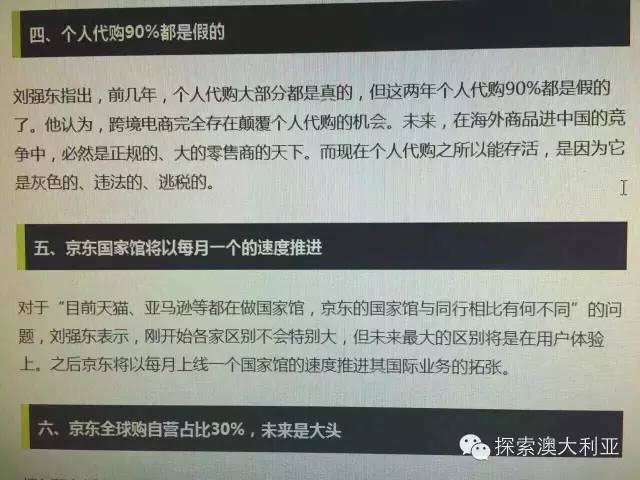 Why is it 90% instead of 90.2%? How did you calculate this number? I usually pass by the pharmacy or go to the supermarket to buy things, and countless compatriots of men, women and children every day buy goods and deliver goods that happen to belong to the 10% you left in Germany? I'm so lucky, they should thank you.

Many major e-commerce platforms need two basic things to succeed: reputation and price. You can beat many people with price. Why use lies to quickly build credibility? Again, if you use lies to fight your competitors, you can use lies to deceive consumers.

In order to cover up and make up for a lie, more lies are often needed. The flagship store of a non-existent Australian pharmacy is too childish. The Swisse manufacturer also declared that it was not authorized. Where did your goods come from? Is your supplier fabricated out of thin air? 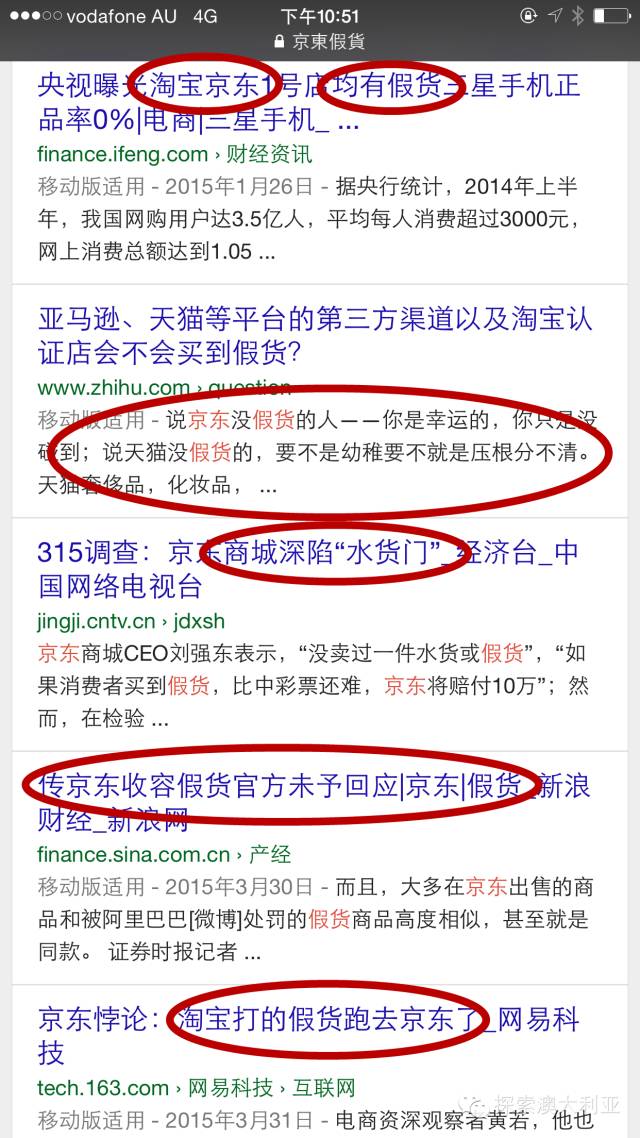 Normal market competition is a good thing, and vicious competition is unsustainable. If you use lies to make unfounded accusations, it is even more detrimental to market development. Otherwise, even e-commerce companies worth tens of billions of dollars are nothing more than large-scale market vendors. .

I was a little excited when I wrote this article. The words may be too radical, but I don't want to modify it. After all, it is my true thoughts, because I value fairness very much.

Therefore, I hope that any e-commerce company will provide consumers with genuine products at reasonable prices on the premise of fairness and justice. This is for the benefit of domestic compatriots who are living in social problems and ultimately achieve a win-win situation.

Appendix: In fact, as early as 2011, JD.com was suspected of selling counterfeit cosmetics. The KIEHL'S brand has claimed that it is not directly licensed to JD.com. During the June store celebration promotion in 2013, Jingdong Mall received product quality complaints from consumers. And a group of consumers who bought Yan's products sold by JD.com spontaneously set up a QQ group called "Jingdong Keyan's fake rights protection". At the peak, the number of this group reached more than 6 people. Moreover, JD.com has a poor and negative attitude towards the matter. The customer service has always countered the complaints of consumers and unanimously emphasized that what they sell is genuine. It was later verified by Keyan that the brand was only sold at counters and never authorized on JD.com.

In addition to counterfeit cosmetics, consumers have also bought secondhand electronic goods on JD.com. For example, refurbished iPods and second-hand hard drives. However, fortunately, the consumer's own efforts proved that it was possible to return the product. However, this in itself is a very laborious task for consumers. Do consumers have to spend a lot of time every time to verify the authenticity of their purchased products? More importantly, JD.com has not improved product quality and after-sales service. How can consumers' trust in products and consumer rights be protected?

Article reprinted from Discover Australia, reported by the editor of "Chinatown"

Attention, those who travel to Australia! The Chinese came to Australia without insurance, and fell out of 60 medical expenses.‏