Is this the coolest job in the world? Take a look at the father of 2 children, living on Lego building large models of Ferraris, cruise ships and opera houses.

The exhibition has kicked off during the student holiday and will last until July 7.

Imagine the profession of building Lego for a living. Unfortunately, most people don't even know that there is such a job in the world.

Ryan McNaught, from Melbourne, turned his dream into reality. The father of 2 children is one of only 12 Lego-certified professionals in the world, building spectacular large-scale models for mall showrooms, exhibition halls and event centers every day. (The specific information of the exhibition is at the end of the news!)

The exhibition, titled "Bricklayer's Medical Examination", will display the complete works of Ryan McNaught, including 60 original works. Each piece has a unique back story, drawing and brief description.

The red Ferrari has a special place in the hearts of Lego architect Ryan McNaught, because it is a replica of the 1986 classic model of Philisbrough. "In 2010, I bought Lego for my children like every good dad. I used to do IT. I designed a remote control system for the iPad to connect with Lego," Mr. McNaught told reporters. This is a Lego Kangaroo, and all his complete works will be exhibited in Sydney Town Hall until July 7. One of many famous works created by Mr. McNaught-hot air balloon.

These works are entirely built with Lego bricks. Mr. McNaught is also known as the Lego bricklayer. Some of his finest works will be based on local vehicles.

"I am very excited to launch the "Bricklayer's Medical Examination" in Sydney! I am very happy to put my works together for people to admire. This is the last chance to see the exhibition in Australia, and families who like Lego should not miss it! "He says.

"We received a very good response at the Melbourne Exhibition Hall. I am very excited to share my creativity with fans. I also have surprises for children (and older children) to interact with each other, so everyone can participate in creating building blocks and enjoy creation together Fun. It must be very fun!"

Despite changing his company job to Lego Studio, the model creator said his biggest concern is that a large number of 8-year-old kids want to grab jobs with him.

The stunning Lego Roman Arena will also be exhibited at this event. 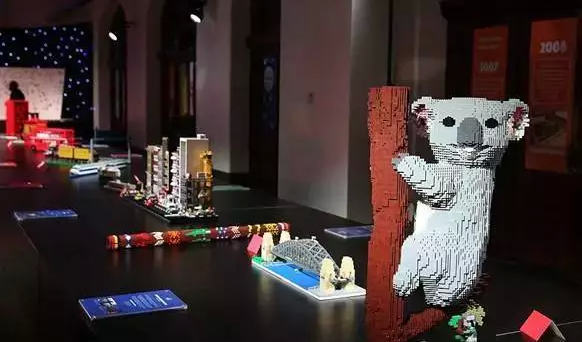 A representative animal of Australia, a koala climbing a tree, is also constructed entirely of Lego bricks.

A city model built by Lego. A Lego-built boat is on display in Sydney Town Hall until July 7. This is the best time for family trips during student holidays.

The "Love Boat" built by Lego will also be exhibited at "Bricklayer's Medical Examination".

The back of the Sydney Opera House An office building built by Lego is on display in the "Bricklayer's Experience". More than 5 million pieces of Lego bricks are in the world's top exhibition hall in Sydney Town Hall. Friends who are interested, can look at the following detailed information↓↓↓

Article reproduced from Impressions of Sydney

The Victorian government has also worked hard! Allocate huge sums of money and adjust the structure, just to build a multicultural and harmonious society