Stunned! 300 inmates in Australian prison broke out into a big riot, police have controlled the periphery of the prison...‏

Major Australian media reported on the spot on the evening of June 6, news about a large-scale riot in Ravenhall Prison in Melbourne's west, with 30 prisoners participating! 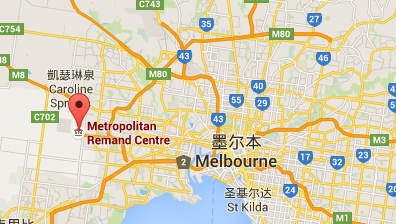 The prison is located in Melbourne's West End The officer entered the Rabenhall detention center at 3:20 pm. Three hours ago, the prison staff had been evacuated due to the riot prisoners carrying weapons. The prison riot occurred before the smoking ban, but unconfirmed reports indicate that the riot may have been planned for a long time. The Australian riot police arrived at the scene and worked with the Victoria Police Department to control the situation. At this stage, all staff members have had no casualties, and the police have occupied the periphery of the prison. The authorities have blocked the road and established a three-mile exclusion zone around the prison. The vehicles used by prisoners in the riots, including a tractor, drove around the prison. After the staff were evacuated, the police and police dog teams arrived outside the prison. An unmanned helicopter flew in the thick smoke above the prison, and firefighters and paramedics were on standby outside.

An eyewitness said that the police stationed in the safest area like this was ridiculous. Another witness said that there were 14 fire trucks at the scene, and about 200 employees had been evacuated. Lawyers, law enforcement officers, and civilians who were working in the prison at that time were quickly evacuated. This detention center is very large, with 723 beds. According to sources, the cafeteria gradually stopped serving cigarettes a week ago. This led to a tense situation in the prison, and the inmates and staff who smoked became increasingly irritable.

From tomorrow, tobacco will be banned from 14 prison facilities in the country. Several similar cases have occurred this year, in which guards in two prisons were attacked and hospitalized. It is often seen that prisoners secretly hide smoking supplies in the garden, and smoking prisoners bully their non-smokers, adding to their cooperation in buying cigarettes.

Prison inmates began to riot after learning about the smoking ban in February. In August 2, there was a similar riot. A prisoner destroyed a prison facility worth 2012 thousand Australian dollars and attempted to escape, but was finally controlled by police officers with tear gas. Then, a group of riotous prisoners spent two hours destroying the prison’s expensive security equipment with stones and causing three prison guards to be injured by the stones.

Statistics show that in Victoria's 14 prisons, more than 8% of prisoners smoke. Therefore, after the government implements a ban on smoking in prisons, it is bound to seriously affect the vital interests of smokers and prisoners.

As of the press time, the riots were still in progress, and the police had just surrounded the perimeter of the prison. It is not yet known whether there will be prisoners rioting away late at night. The police also urged the surrounding residents to stay at home and not to be within three miles of the prison.