Poke the center nest! After I went abroad, I realized that my Chinese mother was very tall...‏

Studying abroad parties from all over the world held an international spit conference, the conclusion of this conference isMotherland, my mother, you will always be my favorite mother!

The train is at one speed.

Street sweepers in London are generally lazy. Fruits that fall from the trees in autumn can rot on the street for weeks without being cleaned.

The London Underground has no signal, no free wifi, no air conditioning, and the combination of peak hours and summer will kill you.

The withdrawal seems to be 2000 pounds, or you still have to make an appointment, but the machine only allows you to withdraw 300 pounds a day? What does the bank mean? You are short of money!!!

Every day I open newspapers, TV, etc. It will always be London, London, and London. You can only find local news in the corner of the newspaper.

Whenever there are large-scale outdoor activities, in order to solve the toilet problem, many temporary public toilets will be set up. But there is a kind of urinal for men, which is open and unobstructed. It means that all passers-by (both men and women) around you can see you clearly at your convenience... How long has it been for the bank card? More than a month.

The French bakery does not close on Sundays and closes on Mondays.

France had an appointment with someone at 8 o'clock, and that person usually showed up at 8:15.

The uncles and aunts of the French SNCF and the bus company go on strike if there is nothing to do.

In France, apart from puffed foods such as potato chips, biscuits, chocolate, and cashews, there is basically no choice.

It's still bright at 9 o'clock in the summer in France. If you want to drink a can of Coke, the street shops and supermarkets are already closed.

No matter the city center or the small road, there will always be unexpected and unidentified garbage appearing! Liquor bottle residue is the head! It turns out that the subway in New York is as crowded as in Beijing.

The popcorn sold in the cinema is salty.

There are too few buses.

I have to apply for public wifi in the university.

Ebay is really bad, but Amazon and so on are not good.

The efficiency is low and the cost is extremely high. It is common to see an emergency bill that is knocked at 2k dollars.

Vegetables and fruits are basically quick-frozen because even the fresh taste is not flattering.

Generally speaking, the law and order are not very good. There are many crime rate data. In the middle of the night in the United States, I basically dare not leave my community casually. . .

During the time I lived at the University of Michigan, most of the dozen or so boys in the same building as me smoked marijuana and often organized underground parties. To repair a car and have a haircut, you have to do it yourself, and the labor costs are too expensive.

Foreigners have cars. It is still difficult to stop a car on the road. It is the right way to call it honestly.

Most shops are closed at 8 o'clock, which makes it inconvenient for me to leave work after 7 o'clock every day!

Hair cutting is very expensive. Generally, it is cut at a small shop opened by a Turk for 8-9 Euros. . . So many of the students here help each other to cut their own, either flat or bald.

Not to mention that a bus fare is at least ten yuan, the same German high-speed rail ICE, both in terms of comfort and cost, is killed by the domestic high-speed rail! Even the Germans themselves can't stand it! There are many buses that disappear on weekends.

Example: To give a real example, a female friend of mine found that the cover was broken after ooxx with her boyfriend one night, and called me (I am a doctor) overnight. I had no choice. The pharmacy did not open at night, so I had to ask her to go to the pharmacy the next day. However, when I arrived at the pharmacy the next day, I found that even the emergency contraceptive pill was required for the doctor’s prescription. Then I ran to the hospital but was told that there was no private person. The doctor’s referral form was not shown. My friend died in a hurry at the time. Later, I finally explained the situation to the doctor before prescribing the medicine and then replenishing the referral form before agreeing.

Buying emergency contraceptives in Tianchao is as convenient as buying vc effervescent tablets! 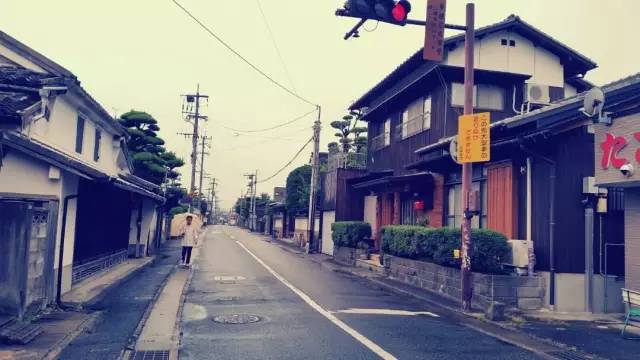 There is a fee for depositing money in a convenience store.

In addition to beer and Japanese sake, you must add ice and water to everything you drink.

Winter in Tokyo is not a fuel-efficient lamp, and it has caught up with the heavy snow that has not happened in 45 years.

The limited population density leads to basic large supermarkets to walk 15 minutes+ or ride a bicycle.

The idea that the same taste is good is deeply rooted. Any vegetable can be deep-fried into tempura...it tastes crunchy and crunchy! One taste!

Many ATMs are open for eight hours, and they are closed after school. If it is open XNUMX hours a day, a handling fee will be charged outside of normal working hours.

Local brands do not have a waistline. Except for some beauties that make people shine, other people also wear uniforms. . .

How good the motherland’s mother is, let’s count it~

KTV on the tall

All kinds of zero food

The bakery is open every day

There is a 24-hour convenience store

Only China's logistics can be called logistics!

The supermarket store is open on weekends

Due to copyright reasons, this video is only available in mainland China

Domestic tourism can do 365 places every day in 365 days.

The speed of urban construction and infrastructure construction, as well as the appearance of the city

There is no need to make an appointment in advance for a series of things like going to the bank to find a customer manager, school to find a secretary, etc.

I saw the WeChat advertisement on TV. The high-end atmosphere was high-end, and it was still broadcast during prime time! Then I told them, wechat...made in china!!!

A few words from netizens poke my heart:

The phrase "It's so dirty, so messy, so lively" in the Chinese Communist Party contains so much nostalgia and love. In my eyes, those messes are no longer disgusting, but a kind of relaxed self-denial and tolerance, just like loving a couple. I dislike the other side, like you and me, soberly aware of her shortcomings, but no longer feel resentful about it. The focus in my eyes is no longer her shortcomings, but the liveliness and comfort that I really attach to~

Article reproduced from "The Truth"