On June 6 this year, Guo Zhenxi, the former director of CCTV’s financial channel, was filed for investigation by the procuratorial organ for alleged bribery. As a host who is highly valued by Guo Zhenxi, Rui Chenggang and Li Yong, deputy director of CCTV Finance Channel, and a producer were taken away by the prosecution on July 1. Recently, some insiders broke the news again. "Wang Guoxiang", a real-name certified associate researcher of the Academy of Social Sciences on Weibo and an expert on the Middle East, military, and anti-terrorism issues, broke the news on Weibo that Rui Chenggang, a famous CCTV anchor who had lost contact for many days, is a spy and may face the death penalty. 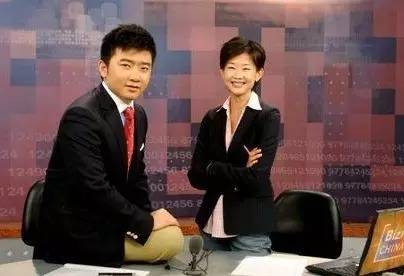 The famous CCTV anchor Rui Chenggang lost contact for many days. When everyone thought he was involved in the transfer of interests and was investigated, the real name of Weibo was certified as an associate researcher of the Academy of Social Sciences, and the expert on the Middle East, military, and counter-terrorism issues, "Wang Guoxiang", posted on Weibo Wrote:

"In the days of family reunion, how do people who are behind bars feel? Representative Rui, who may be facing the death penalty, you make so much money, and you are a spy, and your brain is broken. The world is fair, and there is always a reward for paying. No matter how powerful you are, don’t forget that you were raised by the Chinese people, and everything you have is given to you by this land. The right path in the world is vicissitudes of life!"

Facing questions from netizens, Wang Guoxiang stated that he "puts some fierce feeds every half a month for blog friends, has a good reputation, and has never faked goods." What is strange is that in the sensitive area of ​​Sina Weibo, the Weibo has received thousands of reposts and has not been deleted. 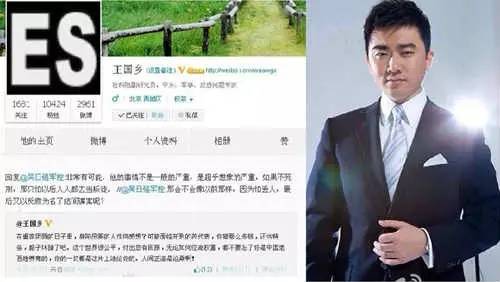 The real-name authentication user "Wang Guoxiang" on Weibo broke the news on the Mid-Autumn Festival that Rui Chenggang, a famous CCTV anchor who had lost contact for many days, is a spy and may face the death penalty.

In addition, Wang Guoxiang also claimed that the Rui Chenggang incident was not as serious as usual, it was beyond imagination. But he also agreed with netizens who said, "Because of fear of embarrassment, he ended the spy case in the name of anti-corruption." Rui Chenggang, born September 1977, 9, a member of the Communist Party of China, a host of CCTV programs, and a host of the "Global Information List" program of CCTV's financial channel. He used to be the anchor of the "Finance China" column of CCTV's English International Channel, and hosted the "China Investment Guide", "Global Outlook", "Financial News" and other columns.

In 1974, his father Huang Jiazuo named him "Chenggang", hoping that his son, like his literary image "Little Stone Pillar", would study diligently, practice hard, and work hard.

In the fall of 1994, 17-year-old Rui Chenggang was promoted to the third-year liberal arts class of Hefei No. XNUMX Middle School.

In high school, Rui Chenggang was the chairman of the Student Union of Hefei No. XNUMX Middle School.

In the autumn of 1995, Rui Chenggang began studying in the International Economics Class of the English Department of China Foreign Affairs University.

In 2001, Rui Chenggang became the youngest visiting researcher of the Institute of International Technology and Economics of the Development Research Center of the State Council. He has hosted and lectured on many major international and domestic business and economic summits, such as the "World Economic Forum Annual Conference" and "China Investment". After coming to the Economic Channel to work at the Forum, "China Business Summit," and "Canada-China Business Council Annual Meeting," they also had the honor to participate in the recording of "Chinese Youth Entrepreneurship Action" and "Olympics-China Year". 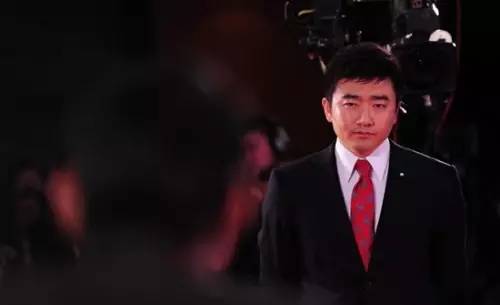 In 2001, he participated in the annual meeting of the World Economic Forum held in Davos, Switzerland. Rui Chenggang was nominated and awarded the title of "2001 Global Tomorrow Elite".

In 2002, at the first "U.S.-China Outstanding Youth Forum" initiated by the US-China Relations Committee, Rui Chenggang was elected as one of the first 24 "U.S.-China Outstanding Youths". He, Cao Gang and Hong Xing co-founded Pagosos, an office customs company, less than three years after joining CCTV. In the following 3 years, his share in this company reached 8% at the highest time and 36% at the lowest time.

From 2003 to 2004, while working on the English channel of CCTV-9, Rui Chenggang had concurrently held some jobs in the Economic Channel. He was also a writer for the "Beijing Youth Daily" special financial column and opened a personal column in the "Beijing Youth Daily" "Traveling with Lao Rui" records his interview experience with international business, political and cultural elites, as well as his own understanding and comments on various economic events and trends.

In 2010, the third year after the multinational company Edelman acquired Pagosos, Rui Chenggang withdrew all funds.

At the G2011 summit in 20, at the press conference of US President Barack Obama, he was already the second set of CCTV anchors and he stood up and said, "I want to ask a question on behalf of Asia." This move caused an uproar throughout the country.

In the summer of 2012, he returned to his hometown of Hefei with his new book "Between False and Real" and enjoyed the treatment of a superstar. Rui signed and sold 2000 new books in two hours, which made the BBC reporter Neal who came with him dumbfounded. That was the first time Rui Chenggang returned to his alma mater Hefei No. XNUMX Middle School after graduation, and it also made a sensation on the entire campus. In Hefei No. XNUMX Middle School, Rui Chenggang met with his middle school teacher and took a group photo.

On the afternoon of July 2014, 7, Li Yong, deputy director of CCTV Finance Channel, well-known host Rui Chenggang, and a producer were taken away by the prosecution.

The Shanghai stock index has a huge shock of 3 points in 600 days. What are you afraid of? ‏

Oysters? give away! Poached pork slices? give away! ...From Monday to Saturday, Toorak Pakistani cloth will be delivered in turn