Olympic swimmer Dawn Fraser was forced to apologize after clamoring that Australian tennis player Nick Kyrgios, who lost in Wimbledon yesterday, should "roll back to his parents' homeland".

Fraser made a controversial statement in an interview with Today TV this morning. She said Kyrgios’ performance on the court was “disgusting” and then said that both he and the German-born Bernard Tomic should “roll back to his parents’ home country. We They do not need to represent our country like this."

"They should set a good example for the younger generation in a great country like ours."

But she was forced to "apologize without reservation" after being criticized by the public this afternoon.

"I hope to apologize unreservedly for my speech this morning, which may have offended our fellow Australians, including Nick and his family."

"The video broadcast on TV is a fragment of an interview video that was not broadcast, but this does not tolerate my speech." She said in a statement.

"Australia has a rich sports heritage made up of people from different countries."

"My intention-this has not been accurately expressed-is purely from the perspective of sports, not to attack Nick's race."

"Nick represents Australia and I hope to see him set a good example for Australian tennis." 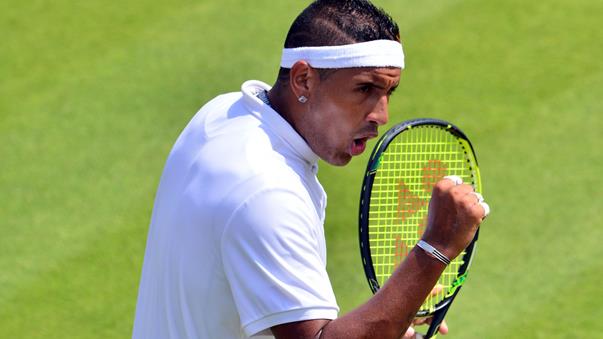 After hearing Fraser's earlier comments, Kyrgios quickly fought back, criticizing Fraser as a racist on Facebook.

Right! It's better to count money in Australian real estate than tears in the Chinese stock market‏

Wonders! The two-story balcony of the building collapsed when the meat was chopped in the home of Shenyang residents.‏