Australian media bite again! A large number of vacant houses are now ghost towns in Australia. Why must it be because of the Chinese? ‏

Australia's "Sunday Telegraph" recently published a strange article, "Buying 2 houses in Australia in two years but not renting them, the Chinese have made many communities in Australia silent", and once again detained the scapegoat to the Chinese.

I learned it when I was in college, and the media sometimes distort facts to attract viewers' attention. In fact, Australian media are not to be outdone in this regard, especially when it comes to reporting on Chinese home buyers. In fact, readers who pay a little attention to the news in this area will find that Chinese home buyers have already ascended to the throne of Australian overseas home buyers. The media will only report part of the data to guide readers' thinking. As for the part that readers don’t know, I’m afraid I can only think critically on my own. The purpose of this article is twofold, one is to introduce and analyze these online news about Chinese house buyers, and the other is to propose the motivation for writing this article.

News One:According to statistics, in the past two years, about 4000 new properties were bought by Chinese investors in Sydney and Melbourne, and many of them were vacant. Many Australian neighbors rarely see the faces of these buyers. It is estimated that in the next five years, more than 5 new houses will be bought by Chinese buyers and become vacant houses. This will lead to an increasingly lack of vitality in Australian communities. Some Australian neighbors feel that the rent for these houses can reach $10 per year, but these landlords seem not interested in the money. Many foreign buyers just wait for the value of their homes to appreciate, so rents become a fraction of their profits.

analysis:The news did not clearly indicate how many vacant houses there are in total. What is the so-called many? So assuming that what the Australian neighbor said is true, even if his neighbors are all vacant houses, this is only a single digit, right? How many Australian voices can an Australian neighbor represent? Perhaps he was the only one who caught up with the neighbors who had vacant houses, and this does not represent the whole. In the next five years, more than 10 new houses will be bought by Chinese buyers. This is just a speculation, not an inevitable phenomenon. 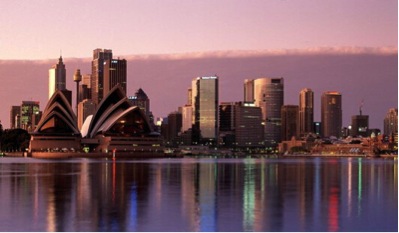 News two:As of May 2014, Chinese investors have invested more than A$5 billion in commercial and residential housing in Australia.

analysis:Not to mention whether the data is true or not, because whether it is true or not, it will not have much impact on the event itself. The important thing is that even though A$100 billion is a large number, it does not represent the large number of home purchases. Because the price of commercial housing is much higher than that of residential housing. The news did not clearly indicate the proportion of commercial housing and residential housing. Moreover, in 2013, Australia's GDP ranked 12th in the world, reaching US$1.56 trillion. The real estate industry contributes 11.5% of Australia's GDP. It can be said that it is not a small amount of income. With this calculation, the Chinese people's consumption power of 100 billion Australian dollars is less than 100% of the total value, and it is not enough, right? What's more, this XNUMX billion is a year? How about a few years?

I remember that when the "Chinatown" media interviewed Victoria's MP Lim Meifeng, it received information that subverted common sense from the MP. He said that Australian media like to point the finger at the Chinese community, which would lead to negative views of the Chinese people in the Australian public. In fact, for example, farms in Australia, the Chinese only bought 1%, and most of them were bought by Singaporeans, Americans, and Japanese. And why don’t the media report these facts, but only emphasize that the Chinese are buying out Australia? 1. Because the number of Chinese participating in politics in Australia is too small, they lack political status. 2. The number of Chinese in Australia's mainstream media is also small, which makes it easy for the media to target Chinese. As a Chinese media with attitude and pursuit of truth. When necessary, it is still an obligation to question the mainstream Australian media, expose the truth and reality to the audience, and provide the audience with objective information as much as possible, allowing the audience to judge by themselves.

Xdongkai can only live for 4 years to sell Australian products? Do you believe in the "brick house"? !

Who will win Melbourne VS Sydney? Please raise your hands if you support Mocun's win‏