Where is the best place in Australia? Tasmania is a favorite among international tourists‏

This increase means a 19% increase in consumption brought by 7 new tourists. Visitors mainly came from Mainland China and Hong Kong, with growth rates of 49% and 38% respectively.

Mr. Steve Old of The Tasmanian Hospitality Association welcomes this phenomenon, but it also means that there is more work to be done. "We obviously have spent our thoughts on China and other international tourist destinations, and I think our performance has become even better," he said.

"I think that achieving growth every year is the beginning of a long journey, so I will not set a ceiling for future development."

Mr. Matthew Groom, Minister of Development of Tasmania pointed out that the growth reflects the importance of Chinese President Xi Jinping’s visit to Tasmania in November last year. 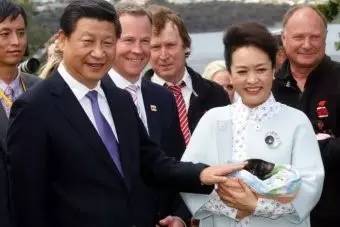 "The increase in the number of Chinese tourists visiting Tasmania is good news, and I think there are more room and opportunities for growth," he said.

"There is no doubt that Tasmania's reputation has been elevated to a new level."

The Tasmanian tourism industry has responded to the growth of Chinese tourists by providing more targeted information and hiring Chinese-speaking tour guides.

Last year, the largest share of the tourism market for the Port Arthur Historic Site was Chinese tourists. The Australian Tourism Research Bureau said that the national growth rate of international visitors is 9%, which is also the highest annual growth rate in history.

The estimated visitor spending amounts to A$325 billion, of which Chinese tourists spend 20%.