Who would dare to say that the Chinese are big house hoarders? Look at the history of these Australian chicks‏

Former pizza delivery guys, McDonald’s cashiers and musicians (now music teachers) together own 27 properties, worth more than XNUMX million yuan, revealing how they started to build their real estate empire through some low-paying jobs in Australia. In a city where less than one-fifth of twenty-year-olds have their own real estate, Tony Fleming stands out.At the age of 26, he proudly owns 10 properties, bringing him about 10 yuan in rental income every year.But considering that the cheapest property in Sydney is generally at least XNUMX yuan, the way he buys so many properties is really surprising. Tony Fleming was only 19 when he bought his first propertyAt the time, he was a pizza delivery guy with an hourly salary of only 10 yuan-without financial support from family and friends.He has been working in the same Domino pizza restaurant for 7 years now,Relying on rising housing prices and a very clever mind, I finally bought 9 other properties.

This Western Sydney native told us that he was able to challenge Sydney’s high property prices,It is entirely due to my own saving habits and the correct targeting of housing price growth areas.Fleming said: "I only buy areas that I think are undervalued but will rise immediately.After the value-added of my property, I take out the value-added part to buy more properties. "

His success even stunned himself.After buying a car loan, his debt was considerable, but only 18 months later he bought his first property.It all stems from a conversation he had with a successful real estate investor. That exchange inspired him to quickly pay off his car loan and start saving money to pay the down payment of the property.

"I planned to become a real estate agent after grade 12, but I eventually changed my mind.I realized that property investment would be a better career,So I began to invest a lot of working time to accumulate the funds I needed as soon as possible. "

At that time he lived with his parents and started delivering pizza 7 days a week.So he spent little and no time to spend money, and paid off his car loan in one year.A few months later, before his 20th birthday, he used his savings and first home ownership subsidies to purchase a decayed 3-bedroom townhouse (TOWNHOUSE).He put all the remaining savings into the renovation of the property and asked friends to help rent out the remaining rooms to reduce the cost of the mortgage. "I picked up a bargain on the house price, and then the appreciation doubled after renovation." Mr. Fleming said, after which he took out the asset appreciation and bought the second and third properties 10 months later.He later used the same strategy to purchase other properties:Renovate to increase the value and then use his bank on-lending to purchase the next property with the increased net asset value.

"The strategy is still applicable today. I encourage those who have problems with housing in Sydney and hope that they will maintain a positive attitude. Work out your budget and buy one that you can afford, even if it is in the outer suburbs of Sydney, but If now is not the best time to buy, remember that it is definitely the best time to save." 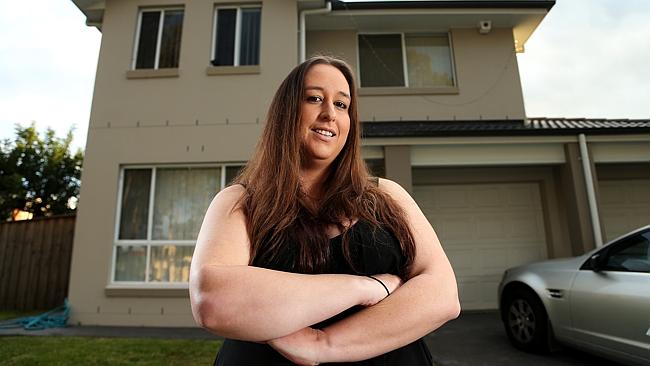 Although as a native of Western Sydney, she has already sold a house,The annual rental income of her property still reaches A$85,000.She said her success was attributed to the first property she bought in the only area she could afford.

She and her lover JOHN THOMAS decided to buy an investment house and save money when they were 16 years old, and they bought it after they reached the age of 18 and were eligible to apply for a mortgage.She said: "We have the Australian dream from the beginning." They left school to realize their Australian dream. Mr. THOMAS was an apprentice as a boiler repairer, and she worked full-time at McDonald's. Both of them live with their parents, which helps them save money faster. Their first property was purchased for 195,000 yuan.They immediately renovated the house to increase its value, and then took a loan to buy a former public housing, and then renovated the property.

Ms McGlashan repeated this step and owned three other properties in NSW and Queensland on her 22nd birthday. Renae McGlashan，在购入第一处房产的3年后拥有了4处房产Renae McGlashan owns 5 properties XNUMX years after purchasing the first property

Musician Lloyd Edge, 40, bought his first property as a freelance music teacher in 2003 and now owns a $650 million12 properties——But he thinks his first mortgage is a miracle. He said: "I was 29 years old and wanted to buy a one-bedroom apartment, but because I am not a full-time employee, the bank refused to take the loan." Finally, he increased the down payment to XNUMX% but was still a bit ashamed.

After implementing strict savings for 5 years, Mr. Edge bought a townhouse in 2008, a detached house in 2009, and his current house in 2011.The rental rate of return for his first two properties reached 2%, which means it is enough to pay off the loan expenses. 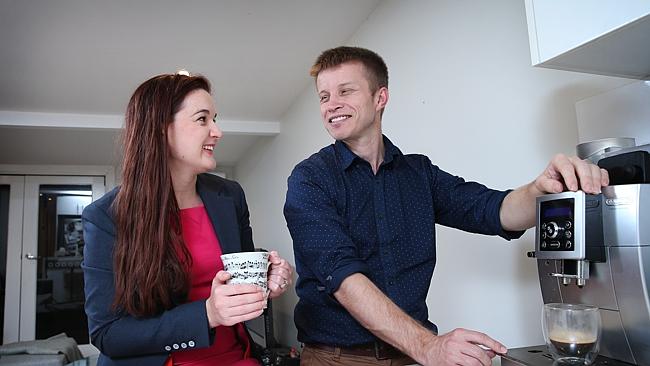 His real estate empire grew rapidly with the prosperity of Sydney real estate in 2012, making his net worth soar to buy more properties.In the next 3 years, he bought 7 properties.

There is applause here! Australia's most popular local travel route champions among Chinese are newly released‏