Love while walking! Is a great travel guide around Melbourne a cool word?

Melbourne is known as "Australia's cultural capital" and is also the country's cultural, commercial, educational, entertainment, sports and tourism center[10]. Melbourne leads Australia in fashion culture fields such as apparel, art, music, television production, film and dance, and even has a certain influence in this field globally. Melbourne once hosted the 1956 Summer Olympics and the 2006 Commonwealth Games.

Look atAround Melbourne, What are the attractions that can be played! 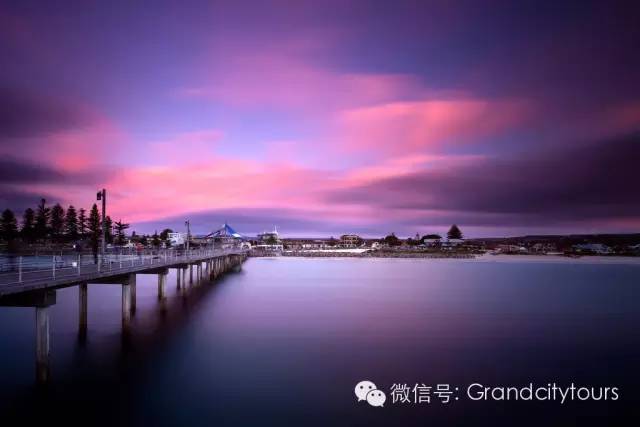 [Itinerary Introduction] A 4-day bus itinerary from Melbourne to South Australia. First pass through Coral, and then pass the end of the Great Ocean Road-Warrnambool-Mount Gambier-Blue Lake, Kingston, German Village, Victor Port, Adelaide. We will stop near Adelaide and watch the Barossa Valley. We will return to our warm home from Adelaide on the last day. 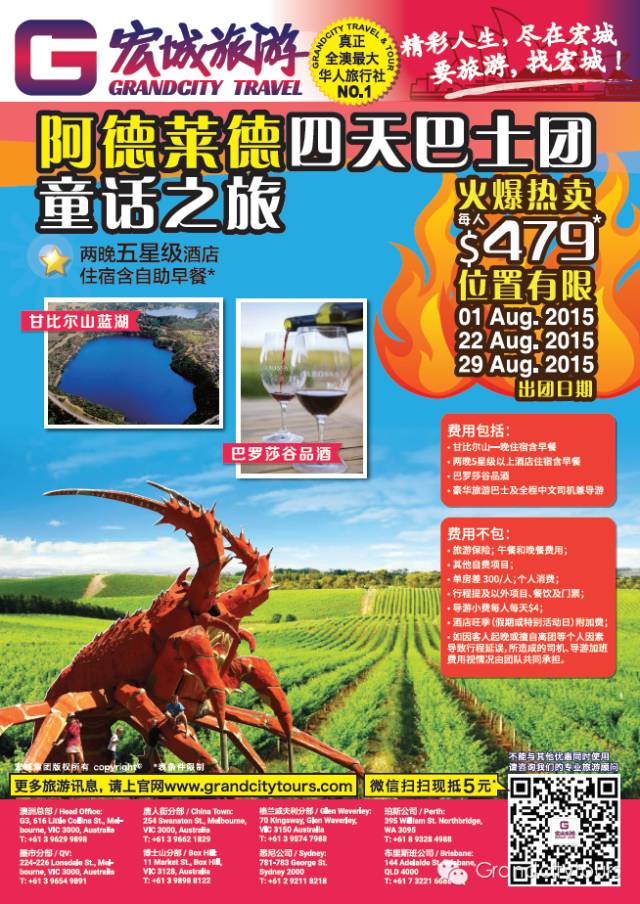 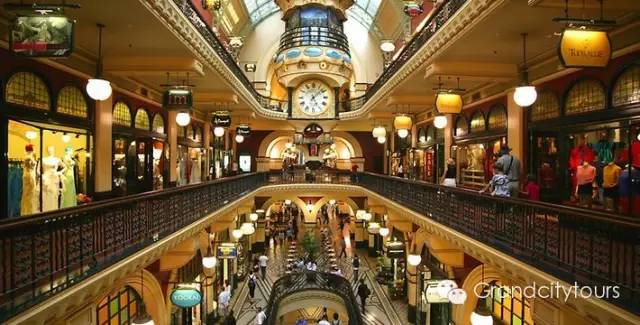 [Itinerary introduction] Enjoy "the most luxurious route, the best quality service, and the best price"-I believe it is the most direct and final request of every customer. In order to realize the dreams of our dear customers, since 1997, our company has designed the tour route of "Sydney Canberra Nantian Temple 4-day Value Luxury Tour" for customers. This tour route with more than ten years of history has always been me The company focuses on creating gold products. The whole journey is 4 stars or above hotel accommodation and rich breakfast, accompanied by Hongcheng gold medal tour guide, adult tour fee only starts at $285. Such high-quality services and favorable prices have always attracted friends from all over the world to join our Sydney tour group, and at the same time, our Sydney tour group has become the number one tourist group in Melbourne. Depart every Saturday, and there are overtime groups on holidays, so you can regain the motivation to travel after a week of fatigue! 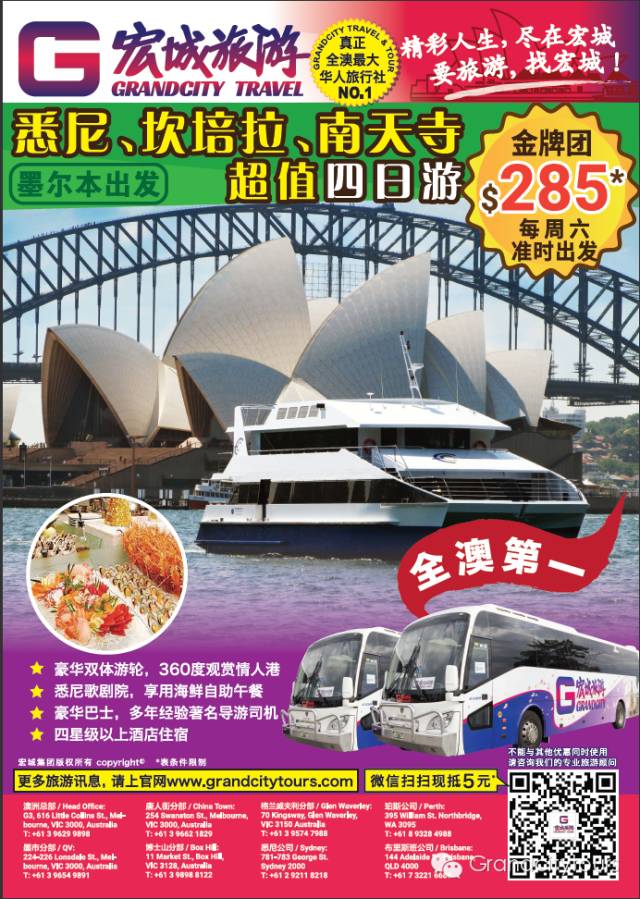 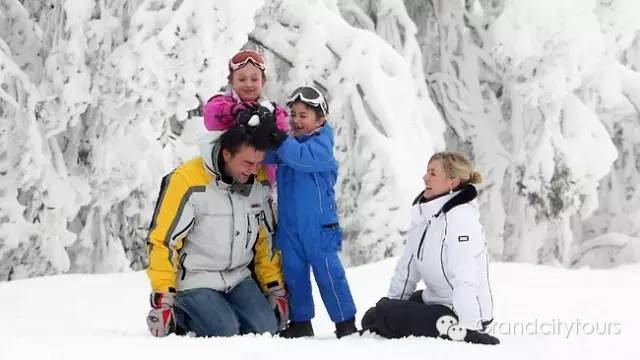 [Introduction] The hot spring trip will first pass the BrightonBeach Rainbow Lodge, which is one of the places that many travelers must name when they come to Melbourne! The Peninsula Hot Springs in the Mornington Peninsula integrates natural hot mineral springs and spas.Hot spring water comes from deep in the ground and flows into more than 25 pools, baths and experience centers.The bathhouse is based on the natural environment and has many gardens, bathing valleys, cave pools, walking massage pools, lakeside pools, sauna baths, cold pools, hot bath massage, family bathing areas and so on.The last stop of the IELTS Maze & Lavender Gardens (AshcombeMaze & Lavender Gardens) is a "not to be missed" attraction on the Mornington Peninsula.Explore the unique lavender maze, the Lavender Display Gardens and lavender drying rooms that bloom all year round.Admire the world's first Circular Rose Maze (Circular Rose Maze).

[Itinerary introduction] Depart from the city center at 8:30 in the morning and pass by Gumbuya Park. You can not only see the cute wombats, but also have the opportunity to visit the emu, the largest native bird in Australia. The biggest feature of the itinerary is to visit the only snail farm in Australia that is still operating and can provide the service of selected and cooked snails and taste the delicious French snails. 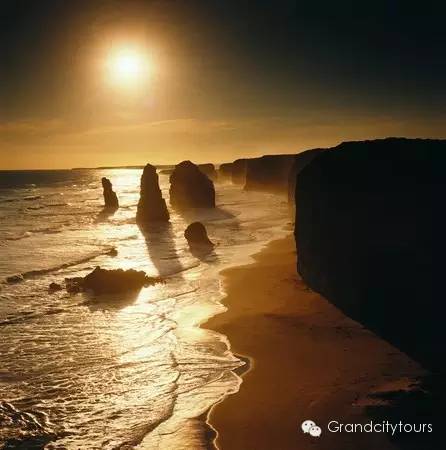 [Introduction to the itinerary] The Great Ocean Road, which winds between the turbulent waves of the South Pacific and the rolling hills of Victoria, is the most spectacular seaside road in the world. It is the "Treasure of the Town and State" of Victoria and a must to visit Australia. Of the landscape. It is surrounded by mountains and sea, and outlines the outline of Australia's south coast along the coastline. Among the many coastal roads, the Great Ocean Road is the most rugged, most beautiful, and most magnificent fantasy road. 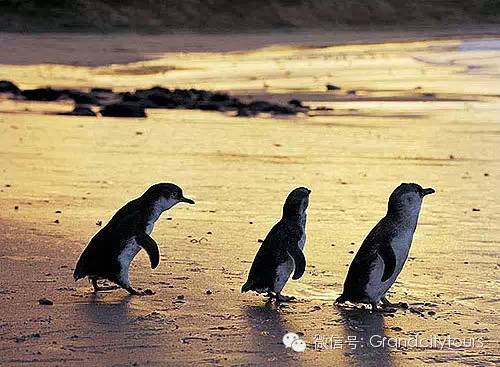 【One Day Tour to Penguin Island】

【Itinerary】Go to the famous tourist attraction Penguin Island to watch the spectacular spectacle of fairy penguin homing. Along the way, enjoy the charming suburban scenery of Melbourne. First arrive at the safari park. Visitors can get a peculiar experience of close contact with Australian animals, including hand-feeding kangaroos, emu, visiting the recently extinct animals, Tasmanian devil dog and cute koala, and taking pictures. . On the way to the Pannys Chocolate Factory, there is a chocolate "art gallery" with famous paintings, giant chocolate blocks weighing one ton, deafening chocolate waterfalls, making chocolate art by yourself, and all customers will receive a piece of chocolate when entering the factory (tickets are self-care ). Then stop in the leisure town of Cowes, where you can enjoy the beautiful view of the beach. Looking at the sea lion rock from a distance, if you are lucky, you can also see sea lions lazily lying on the rock to rest and play. In the evening, we will arrive at Phillip Island in the southeast of Melbourne. [Itinerary introduction] We will set off to Danning Nong Mountain to enjoy the beautiful mountain scenery and have the opportunity to feed the parrots by hand. Next, we will take the Puffing Billy Steam Train. The retro little train has a long history. The original Puffing Billy Railway was built in the early 20th century. It was mainly used to develop transportation in remote areas, but was used in 1975. Officially changed to a sightseeing train, the 29-kilometer railway has become one of the most popular tourist attractions in Victoria. Finally, we will go to the Yarra Valley Winery for wine tasting, and go to the highest viewpoint on the top of Melbourne's hill for a panoramic view. 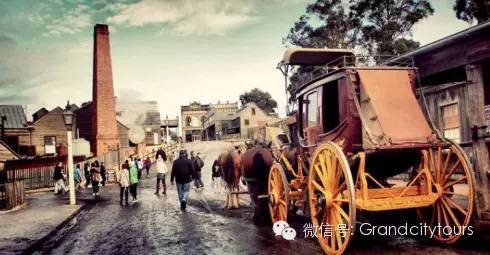 【Gold Mine One Day Tour】

[Introduction] Time freezes at a certain moment in the gold rush of the 19th century. You seem to be in a Western Hollywood movie and come to a treasure hunt full of hopes, dreams and surprises. In the old days, the state of Victoria emerged as a gold rush. Ballarat, 112 kilometers from Melbourne, is the best historical witness. After the current gold rush city of Sovereign Hill was restored in the 1970s, 160 staff members were working here wearing the clothes of the year, giving you a sense of a world away.

Are you still waiting for Mori? ?

Pick up the phone and book now: 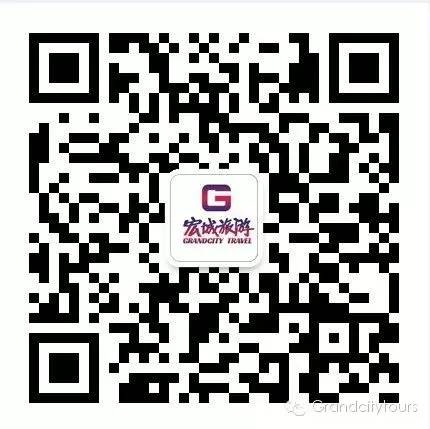 See you or leave 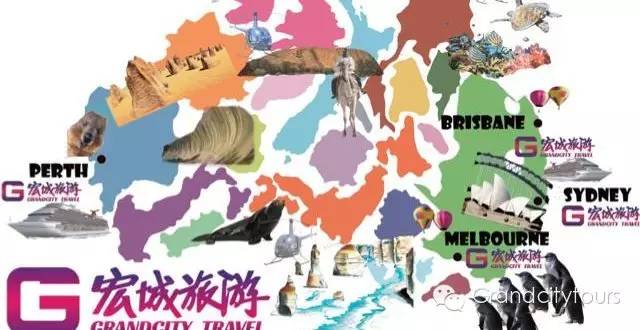 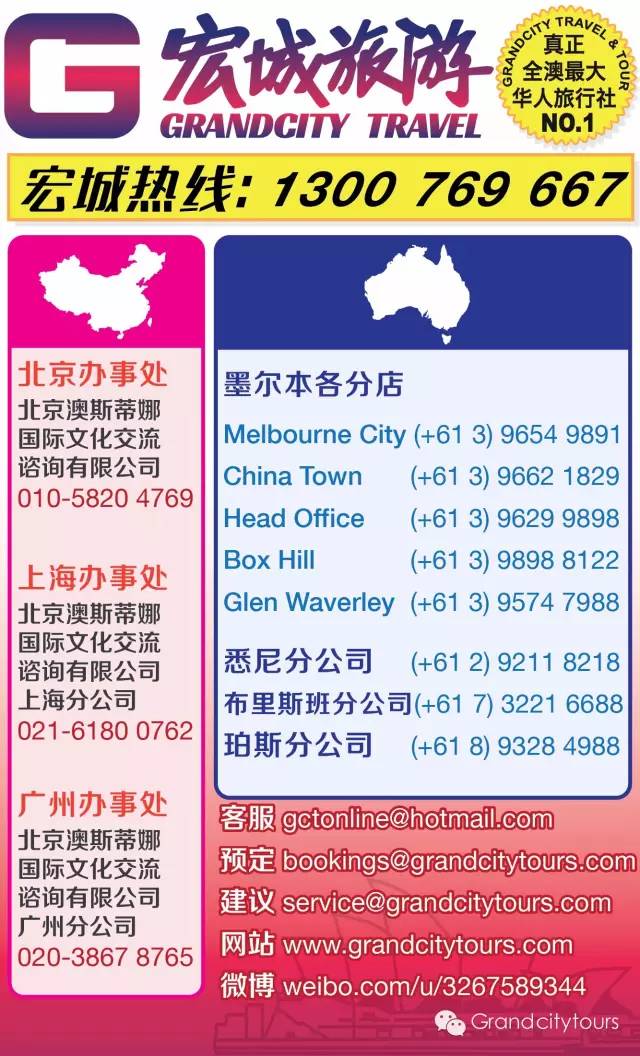 Didn't you buy these stuff when you went to Australia? That's like an empty trip