Don't blame the old editor for the title party. If you don't write it like this, would you come in? Hehe. Bingxue's smart girlfriend Mei can lose everything, but her husband is impossible to lose. But this trip to London is indeed very interesting and realistic. The editor originally planned to travel to London on his own in the future. After reading Mr. Mei’s travel notes, at least these scenic spots in London are already familiar, and I will focus on visiting other places in the future. Money is limited, so the province saves it. Walk up and watch Mr. May’s London tour with his husband...

Today is the fifth day of coming to the UK and the last day of visiting London (starting tomorrow, I will leave London for a self-driving tour and will not return to London, but will directly return the car at Heathrow Airport on June 6 and return to Shanghai), today Must complete the Tower of London and Tower Bridge, Buckingham Palace, Green Park, Hyde Park, Kensington Park, Oxford Street, Kings Cross Railway Station tour. Zhou Mei left early in the morning. There was a meeting at school in the morning. I jokingly told LG that it would not take long for Zhou Mei to call. As expected, after a while, LG received Zhou Mei’s call. I was too familiar with it before. After Zhou Mei left, I consciously left some more time to wait for her to call, because it is very likely that she forgot to bring her key, wallet, mobile phone, or a certain file. Today, I made a phone call to confirm whether the things she forgot to bring are at home, and hope that I will find time in the morning to go to the Chinese consulate to help her get her passport. On the train, I discussed with LG. In order to save time, we split up. I have been to the Tower and Bridge in London before, so I won’t go there. I will help Zhou Mei first. LG will get off the London bridge train station. Go to London bridge to find him afterwards. LG immediately expressed disapproval (as if it would be lost soon

): "You are gone, how can I communicate with others when I am dumb?" I said: "I will teach you a few common sentences for asking directions. Don't follow a stranger (laughs)" and teach him to recognize coins. There is a charge for anti-stingle British toilets. Anyway, LG agreed with my plan. When I arrived at the London bridge, watching him get out of the car, I started to conceive a poignant love story.

: A loving couple separated in London. From now on, they are on each side, looking for each other. Later the host got rich and found the hostess, and said to her: I only have you in my heart, and my money is your money. I am happy. , The conductor woke me up: the terminal is here

The Chinese Consulate is leavingSt. Paul's CathedralNot far away, because I was worried about LG, I hurriedly got Zhou Mei's passport in three steps in two steps and quickly returned to London bridge train station.

As soon as I got out of the subway, I contacted LG. Fortunately, he did not lose him. He told me that because he was worried that I could not be found, his range of activities was basically near the London bridge train station. The Tower Bridge had been photographed horizontally and vertically. N many photos, SLR and mobile phones took turns, and finally I took a selfie in Qiaotou, playing alone is called a happy one. I asked: "You didn't go to the Tower of London across the bridge?" LG replied: "Walked on the bridge for a while, then returned, worried that I might be lost." I was really laughing.

. I said that I can’t fight with me in the next trip. 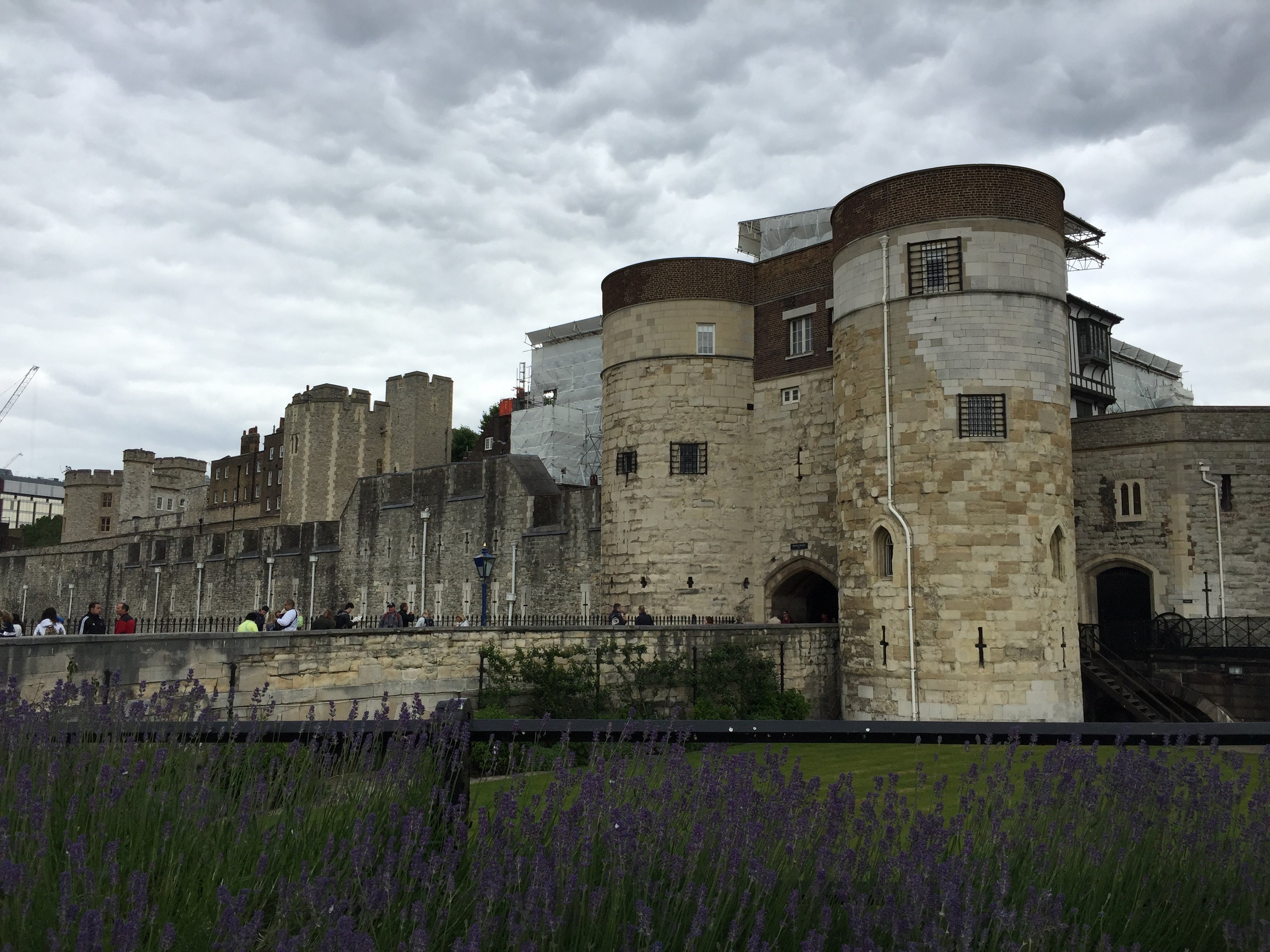 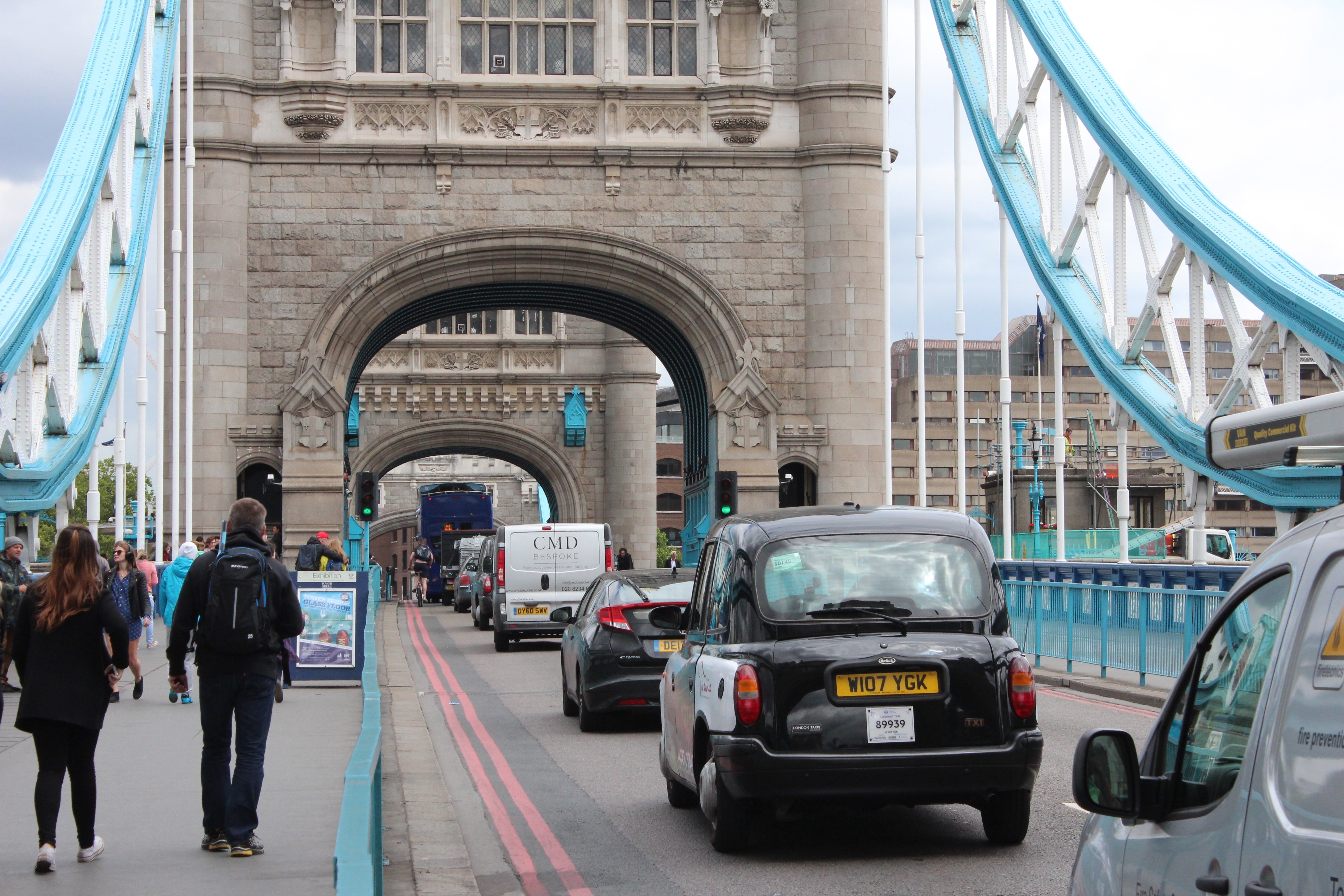 Leaving the Tower of London, we turned left, crossed a block and boarded the No. 15 double-decker bus.Trafalgar SquareGet off the bus, pass through the Royal Navy Arch, and you will see the famous Mohr Boulevard and the majestic Buckingham Palace. 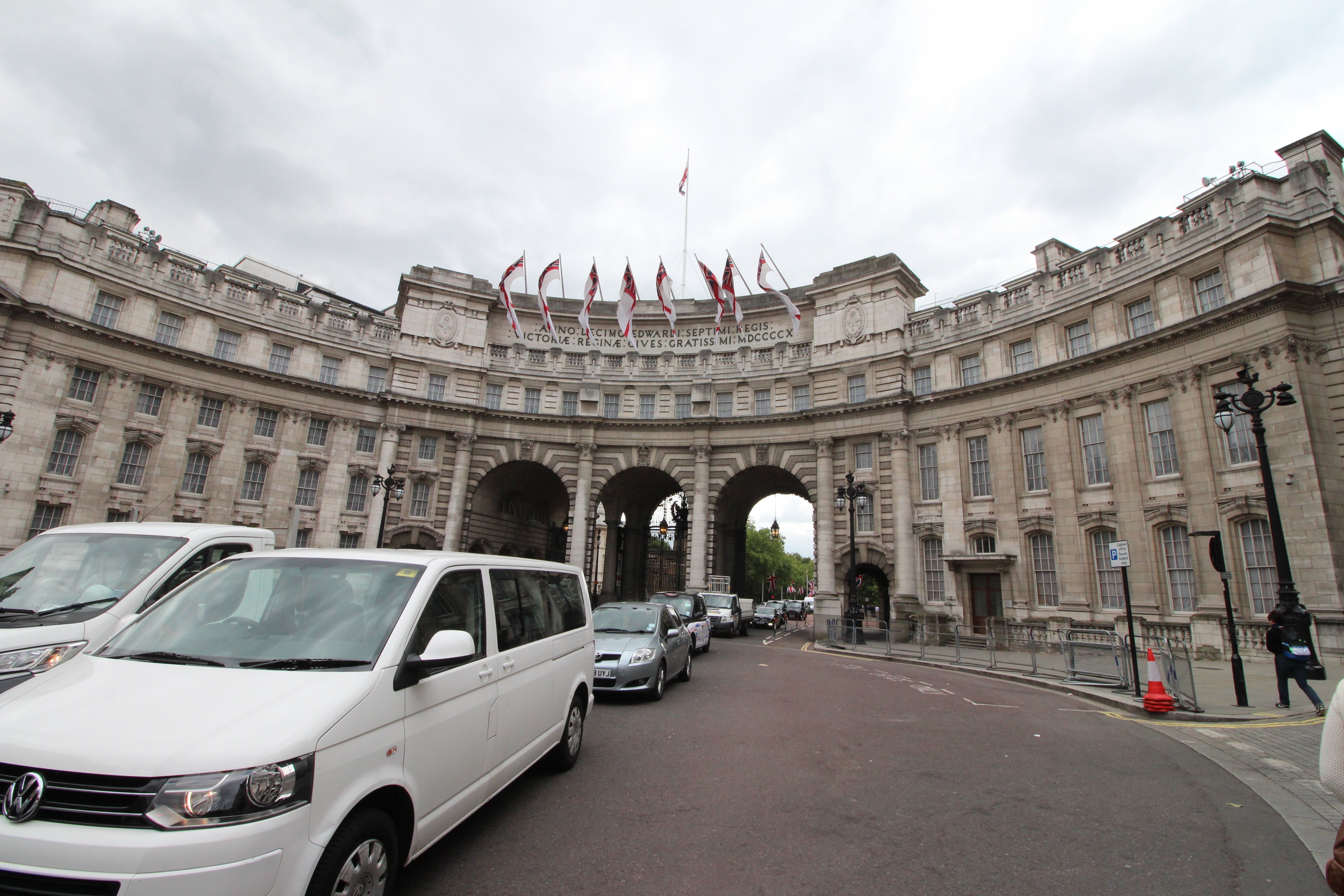 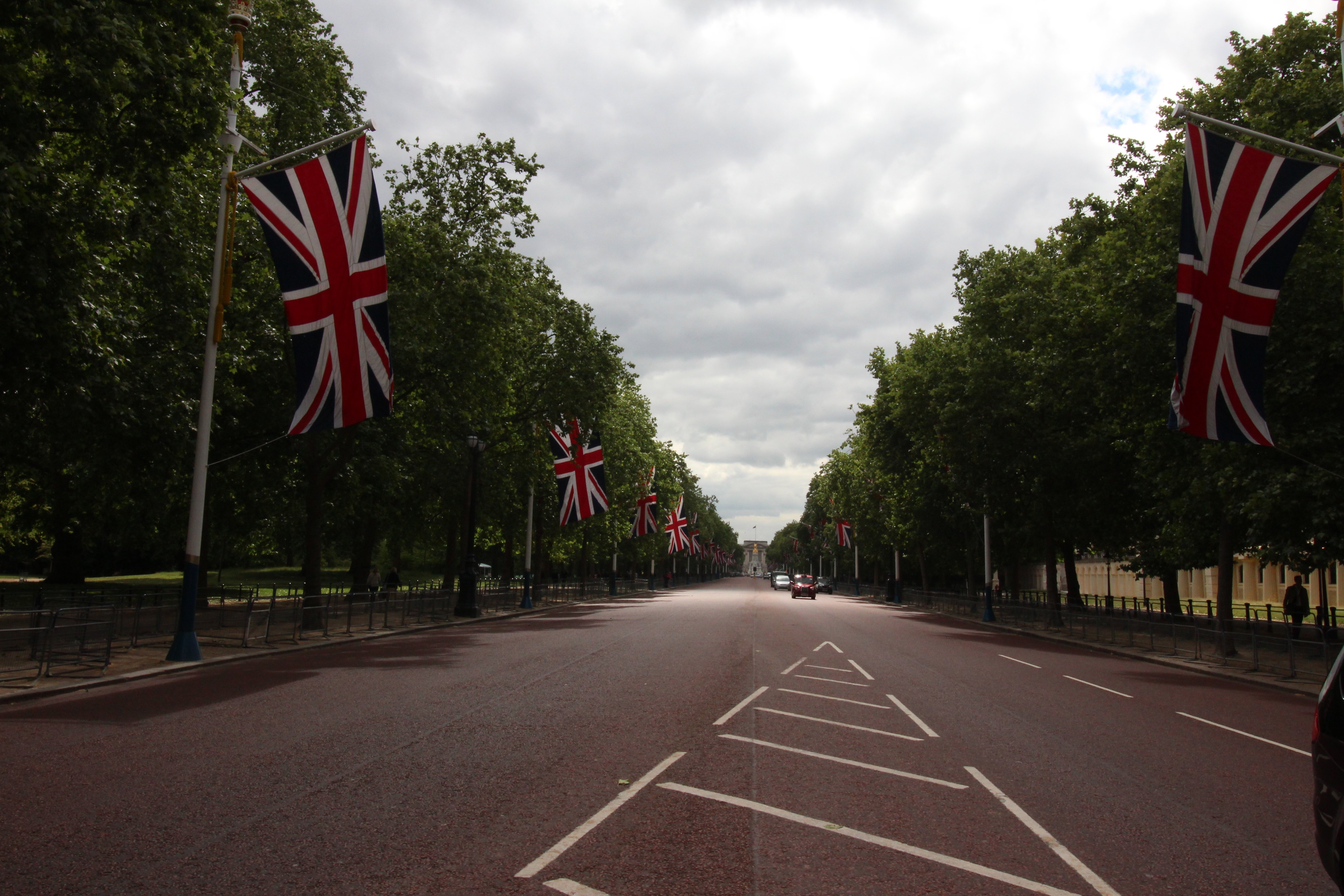 Buckingham Palace is the place where the king's office and residence. Almost everyone who comes to London will wait for the changing of the guard at 11 o'clock here (I haven't seen it once). For more details, please go to Baidu. 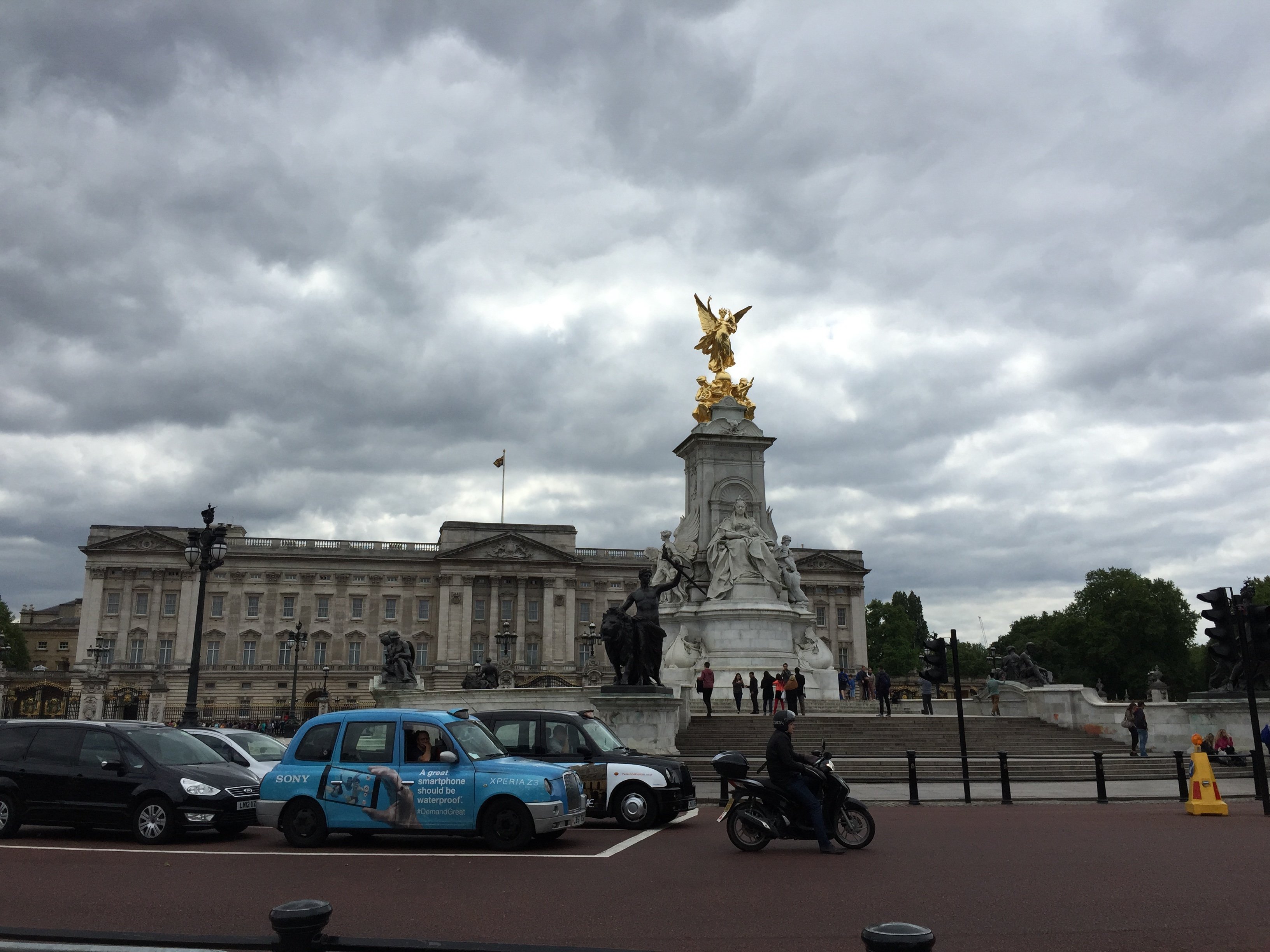 On the left front of Buckingham Palace is Green Park. Although Hyde Park and Kensington Park are closely connected, we have no idea that after walking through these three parks, they are basically half disabled. (Visitors, please note that walking in the three parks is basically self-abuse).

Seeing my LG's professionalism and dedication, I was thinking that he basically maintained this posture throughout the trip. I am really worried about whether his hands can be put down after returning to China.

This is Green Park, the Royal Garden of England. There are poetic oil paintings walking among the towering trees and green grass. It invites you to come closer, come closer... 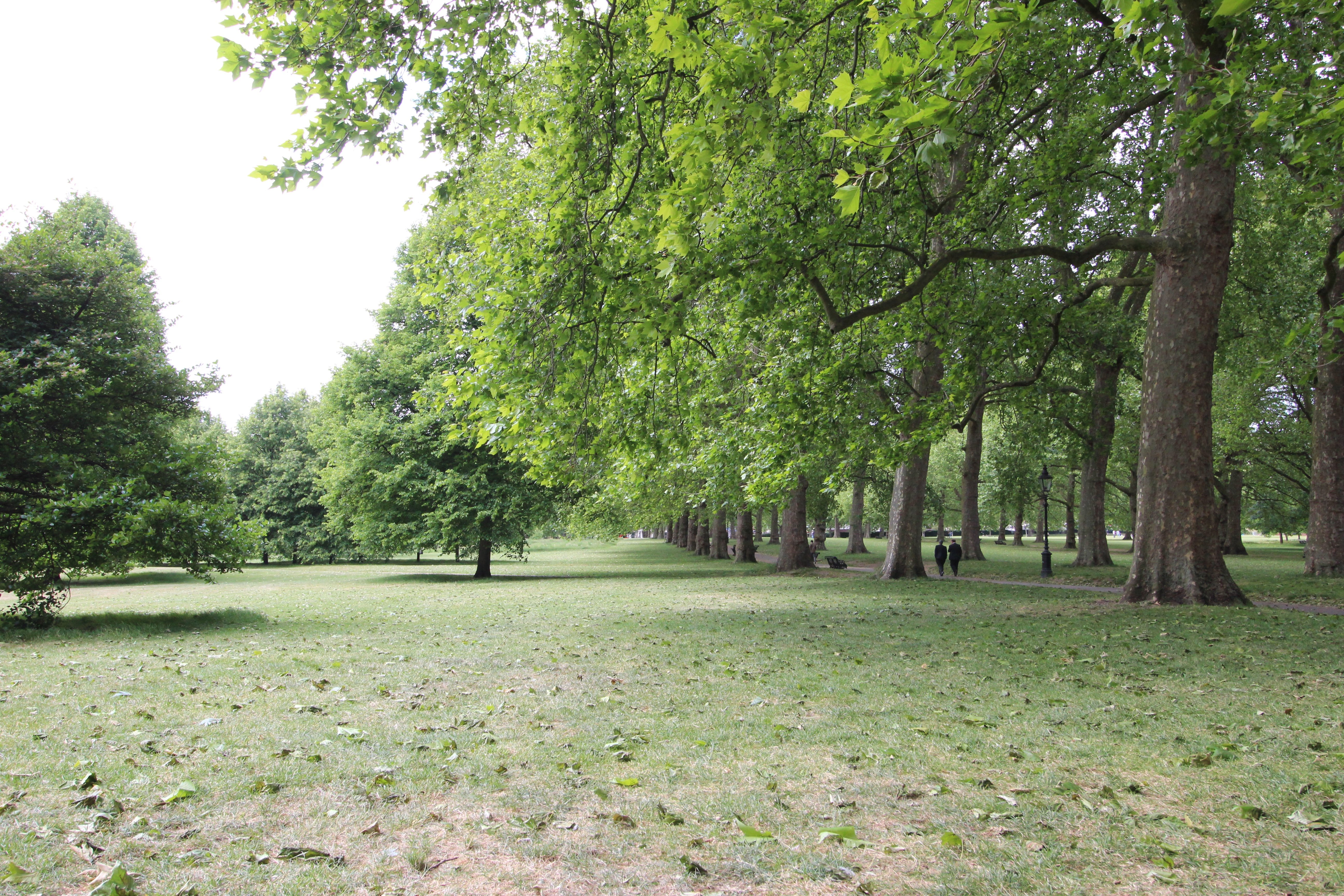 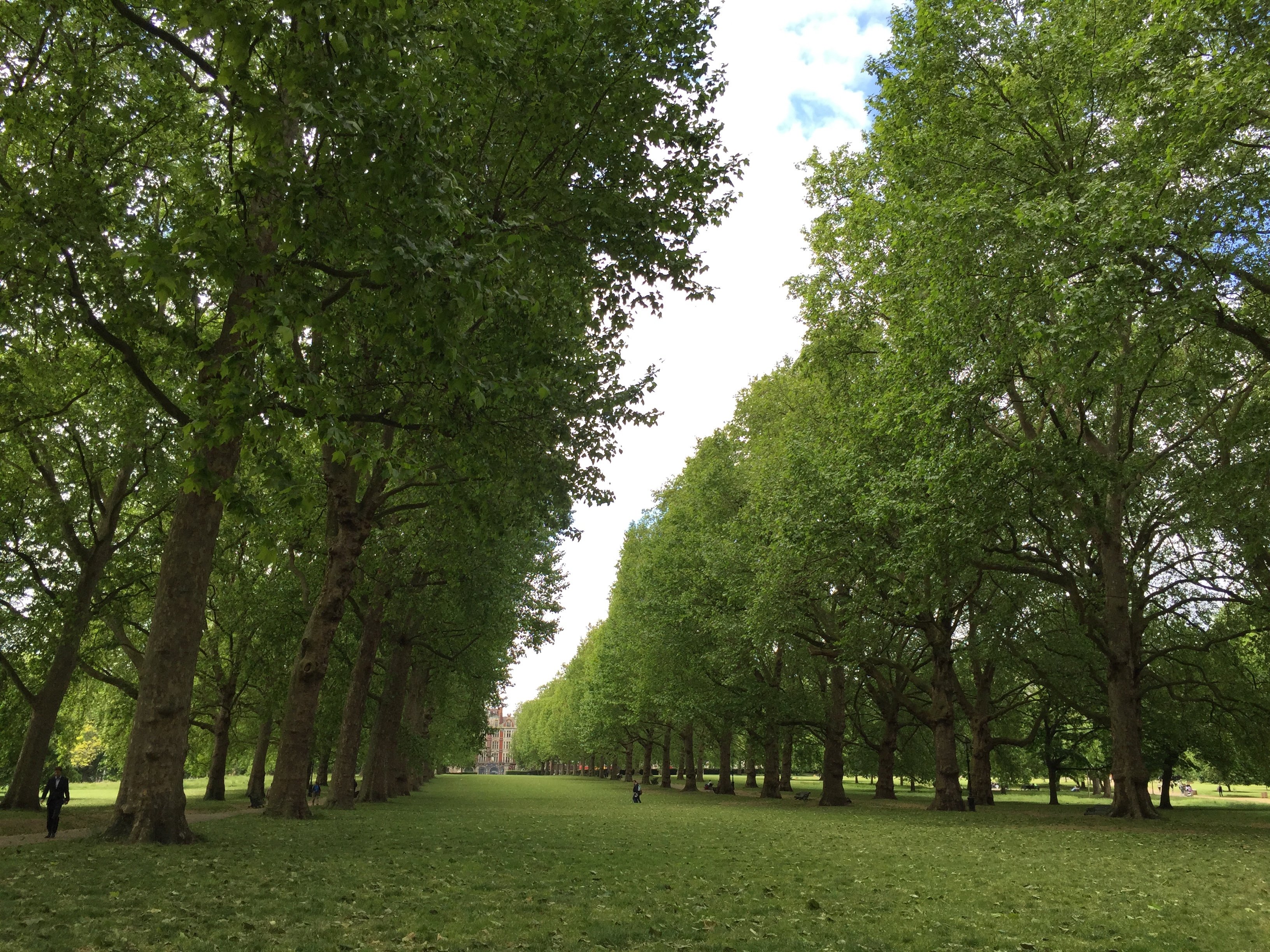 The following is Hyde Park. There are royal post roads and bicycle paths, as well as the famous lecture corner. The wild ducks on the river are basically not overlooked. You just get close to it, let alone go away, and you are lazy to raise your eyelids. The river, Trees, wild ducks, pigeons, and even tourists are integrated, allowing people to fully appreciate the beauty of harmony! 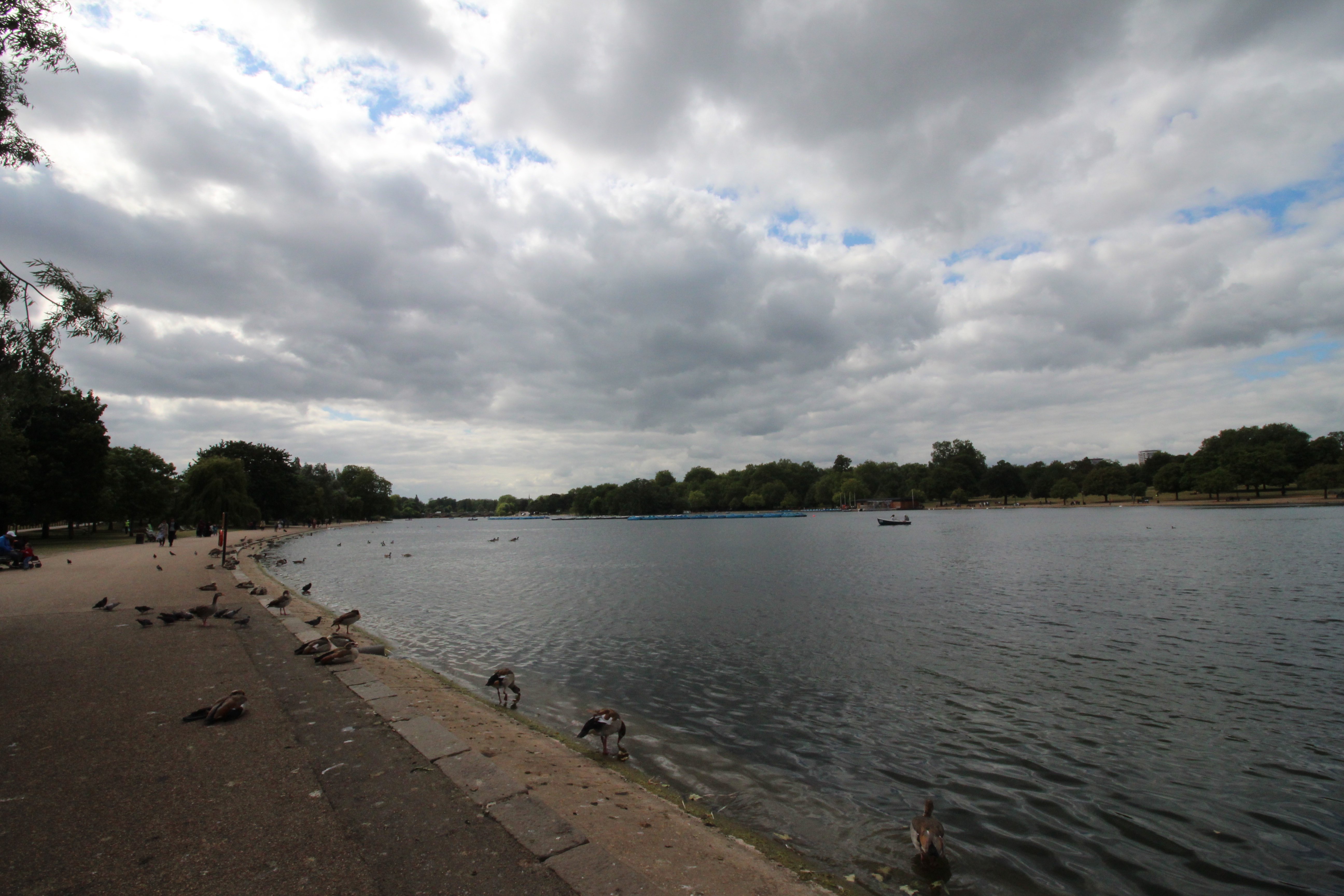 Out of Hyde Park is Kensington Gardens, where Princess Diana livedKensington PalaceJust sit here. After walking through the three parks from Buckingham Palace, I think I’m already a female man. To reward myself, we ordered an English afternoon tea and dessert in the gift shop in Kensington Palace, which looked delicate Taste, in fact, I was so tired that I wanted to lie on the ground like a dog, and the straight waist was almost unable to support. 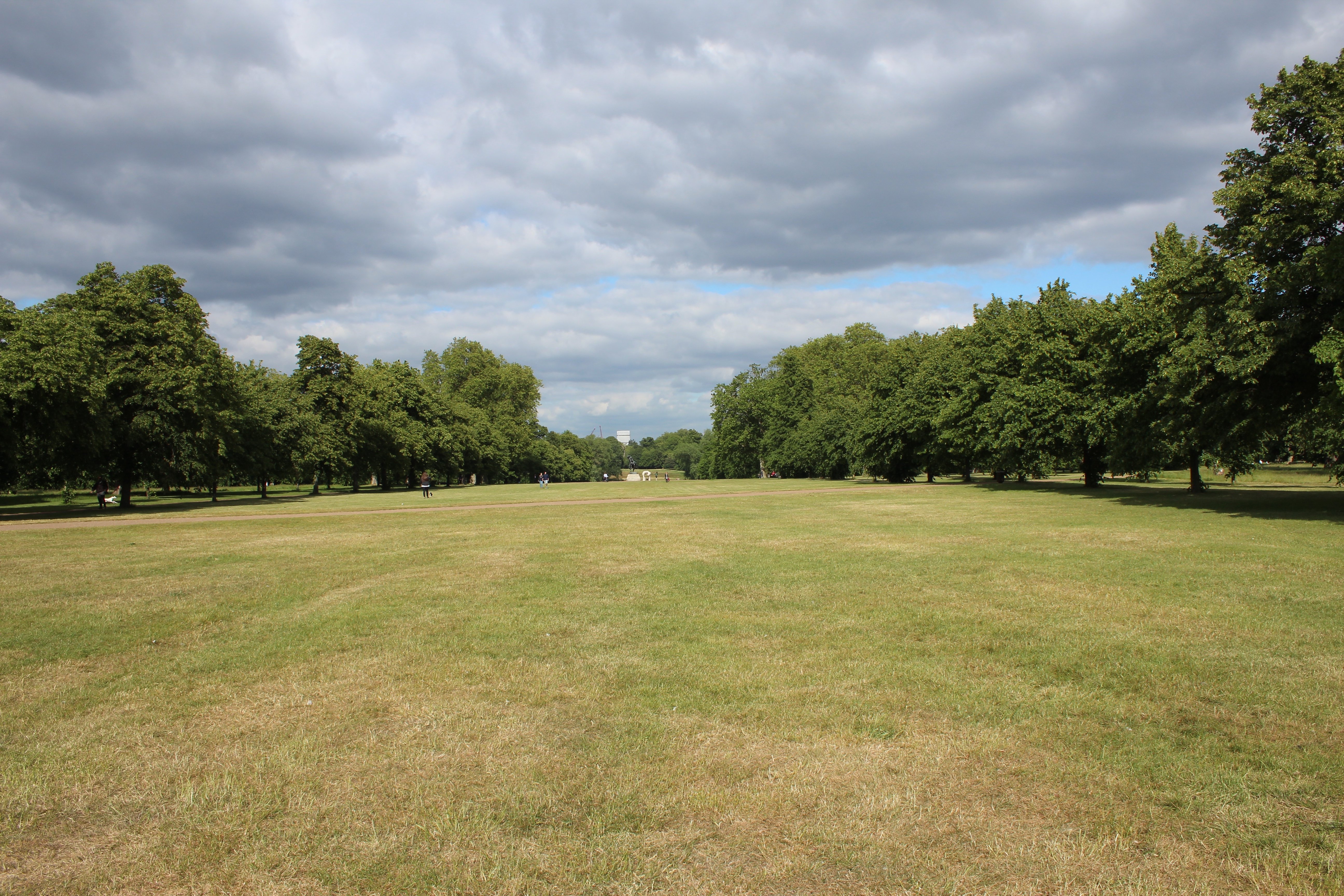 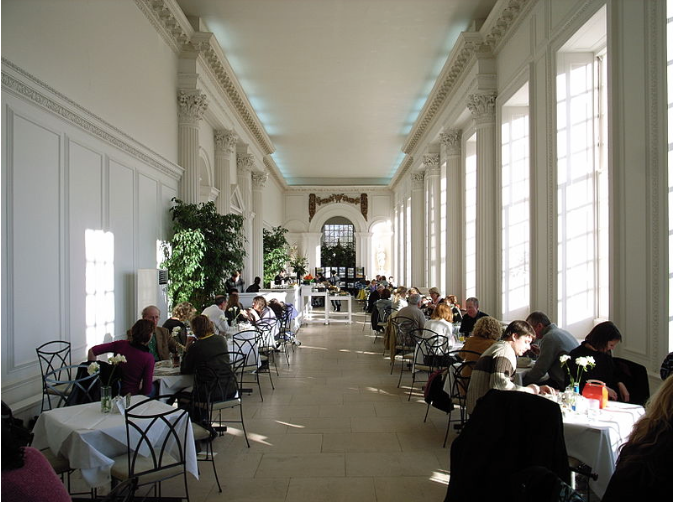 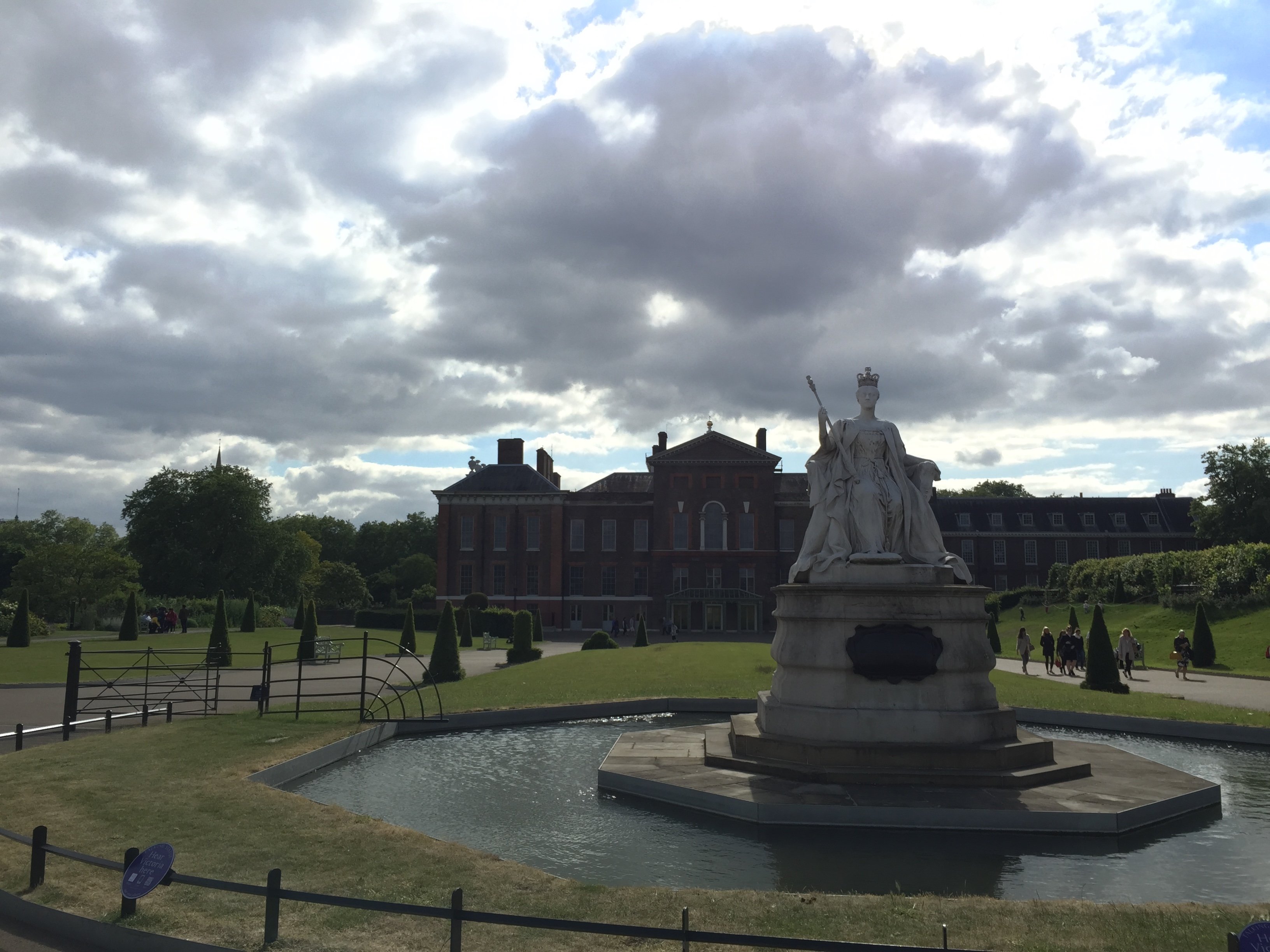 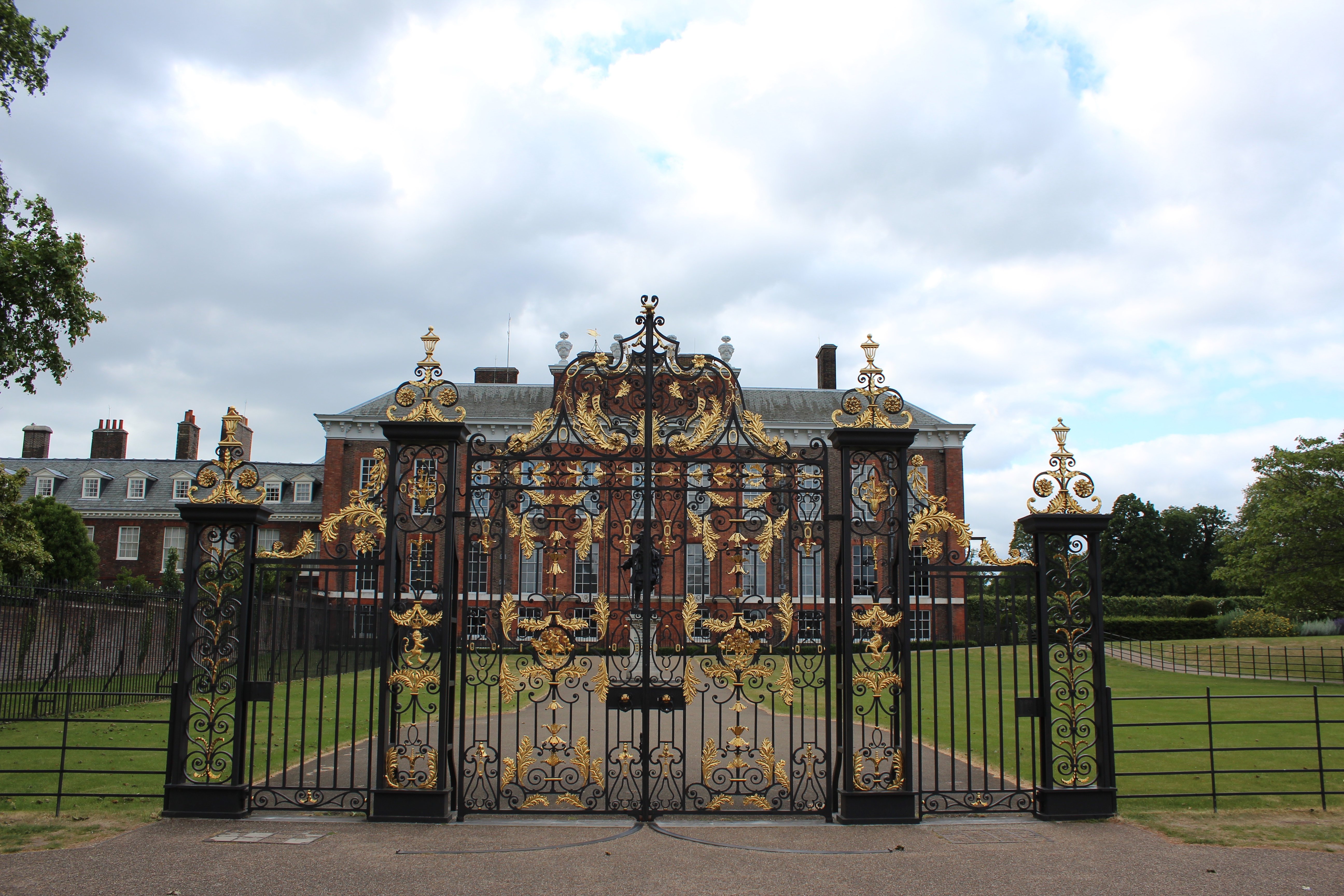 Dragging our weary bodies, we took the car to Oxford Street again, and we couldn’t walk anymore. Finally, we gave up the idea of ​​shopping and took a double-decker bus directly to King’s Cross Railway Station in order to see Harry Potter. Three quarters of the 9 platform on the right. 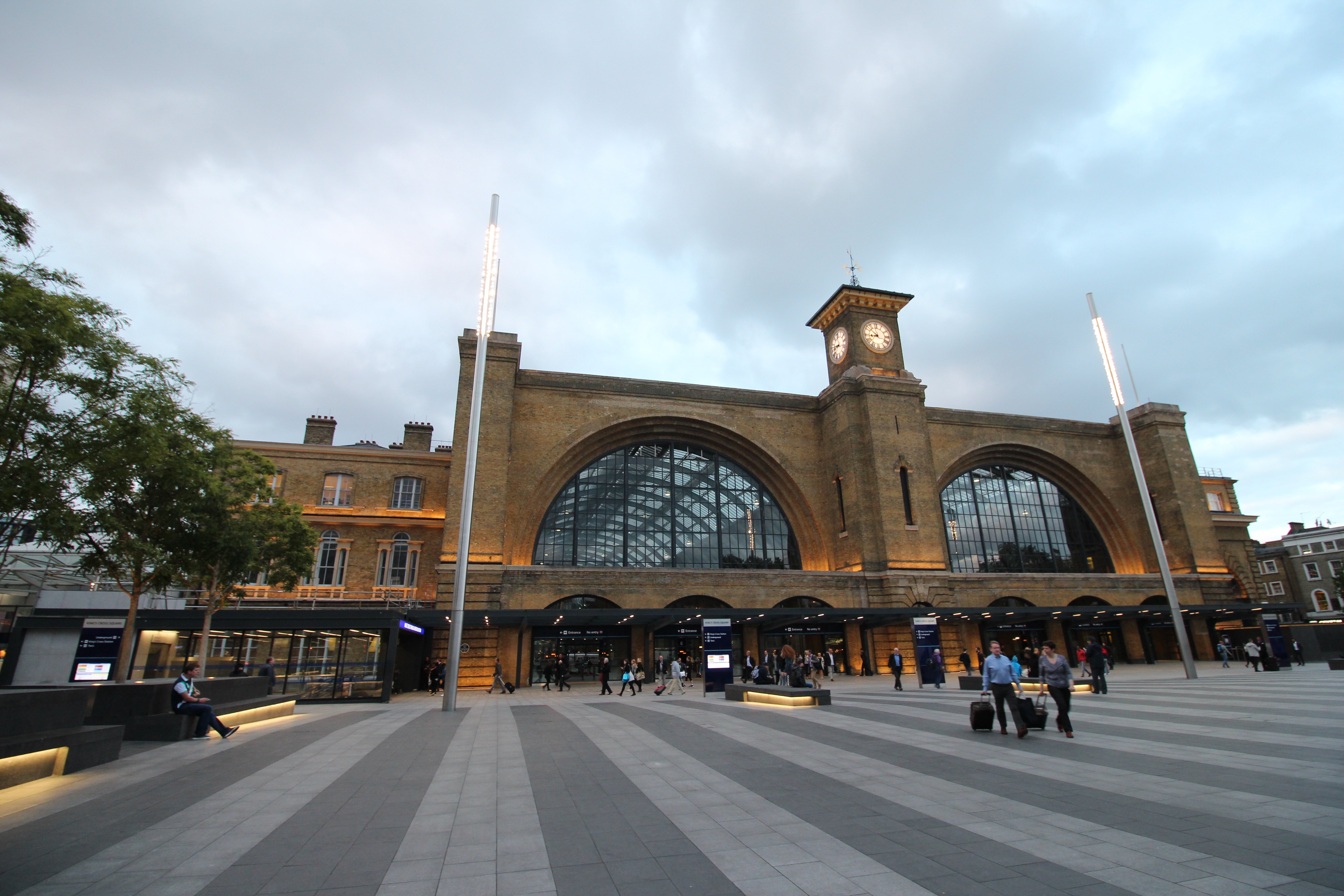 When I entered the train station, I was about to inquire. As soon as I started talking about Harry Potter, the staff pointed out skillfully. I saw many people queuing to take pictures. I guess I found it. 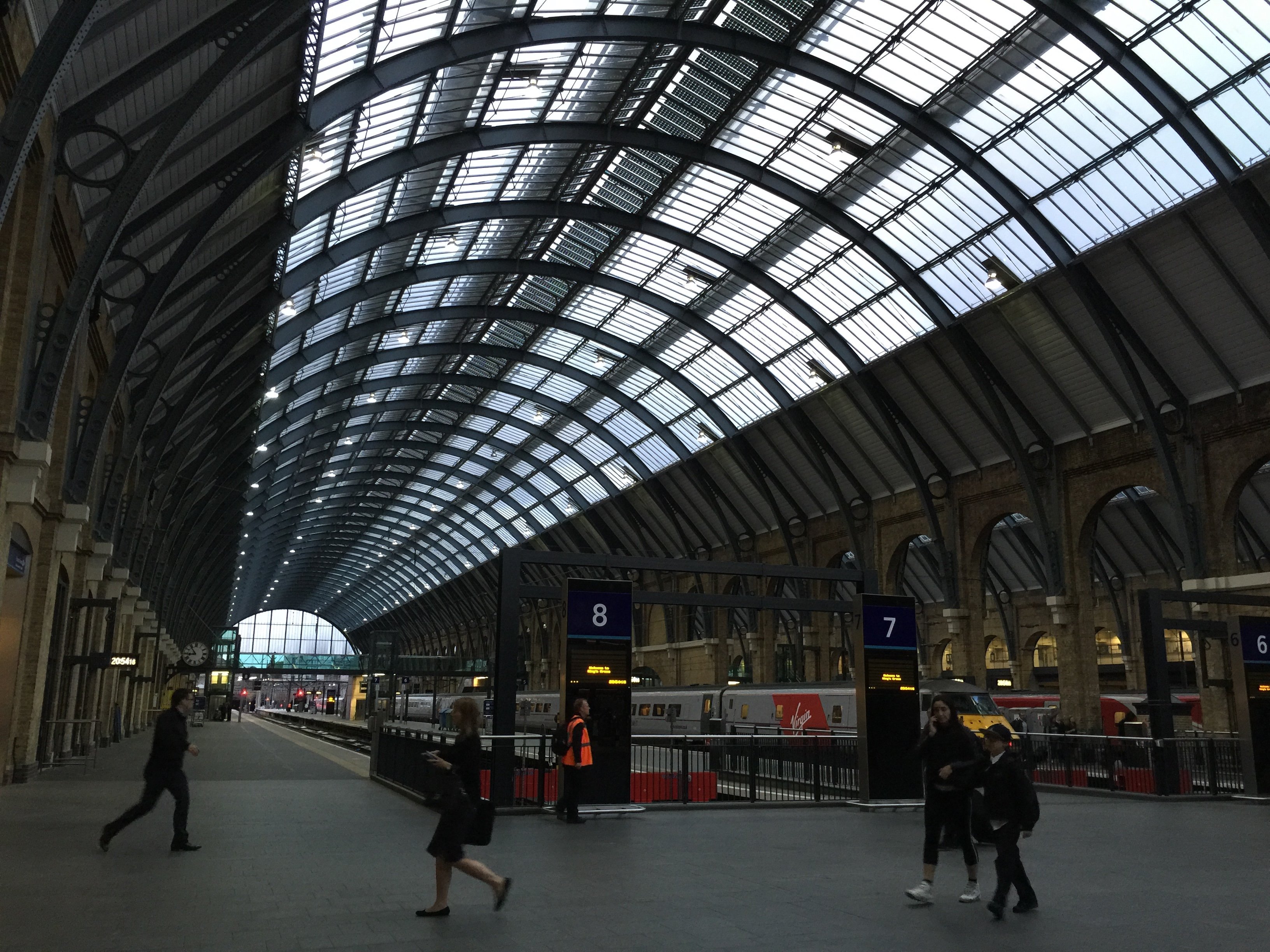 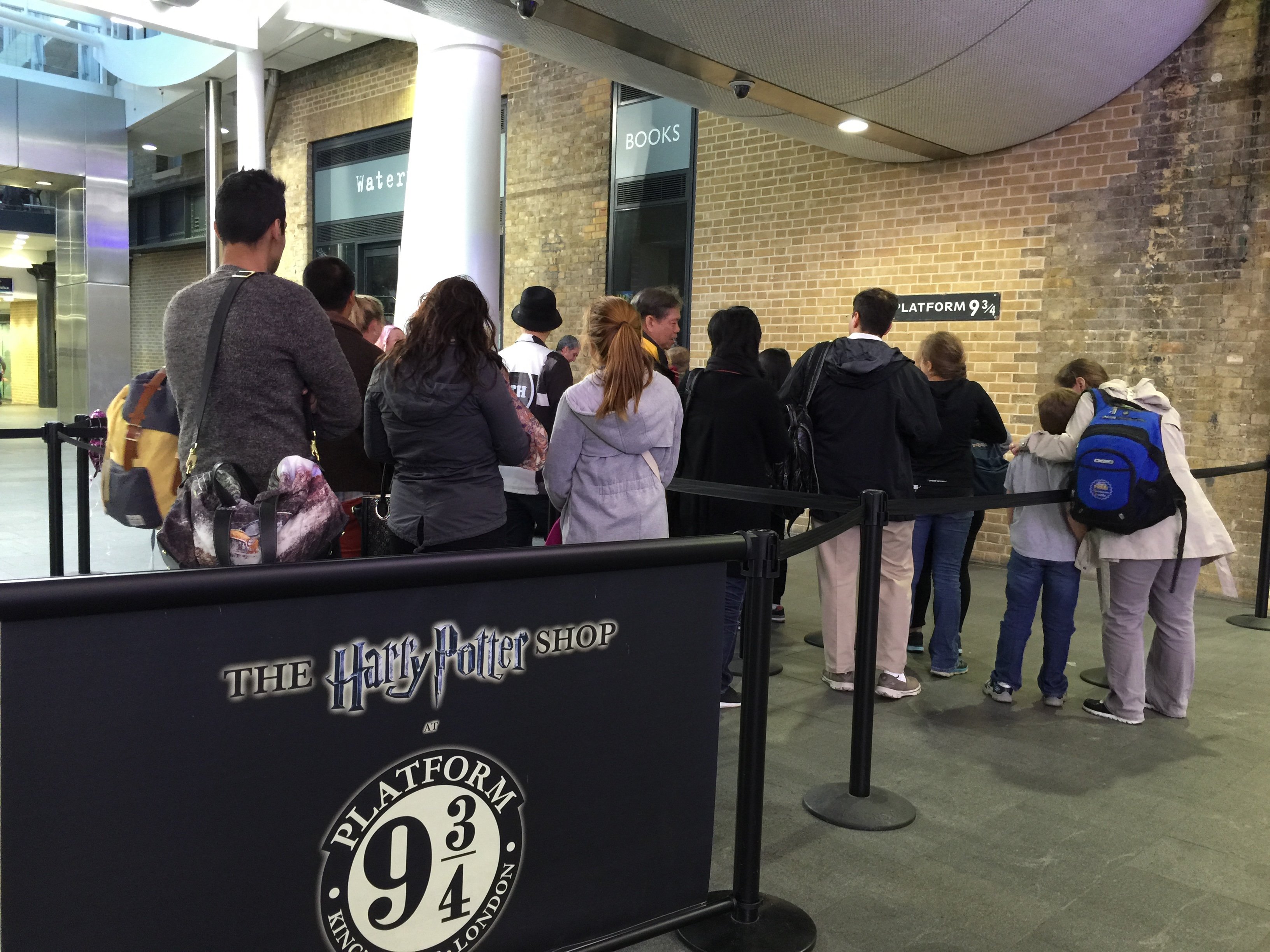 Stepping into the crowd queuing to take pictures, I saw a family of three. Mom and Dad also participated in the performance in order to take pictures with their son. They all wore scarves. They wanted to accompany his son into the 9th right three-quarter booth. It was cute and innocent. 'S smile affects everyone around

Everyone who comes to take a photo must have such an action, that is, the scarf floats up, the feet are off the ground, and the staff cooperates by the side. While shouting the commands 1, 2, 3 to jump, while throwing the scarf in the air, then A group of people helped to capture the photo. Here I have to take a moment. Except for the girl in the picture below that I helped to capture, neither her parents nor the staff in charge of taking photos captured her jumping up. The girl’s mother took this photo directly to my mobile phone, and then the whole family shared it happily. The touching scene made me tears almost coming out. 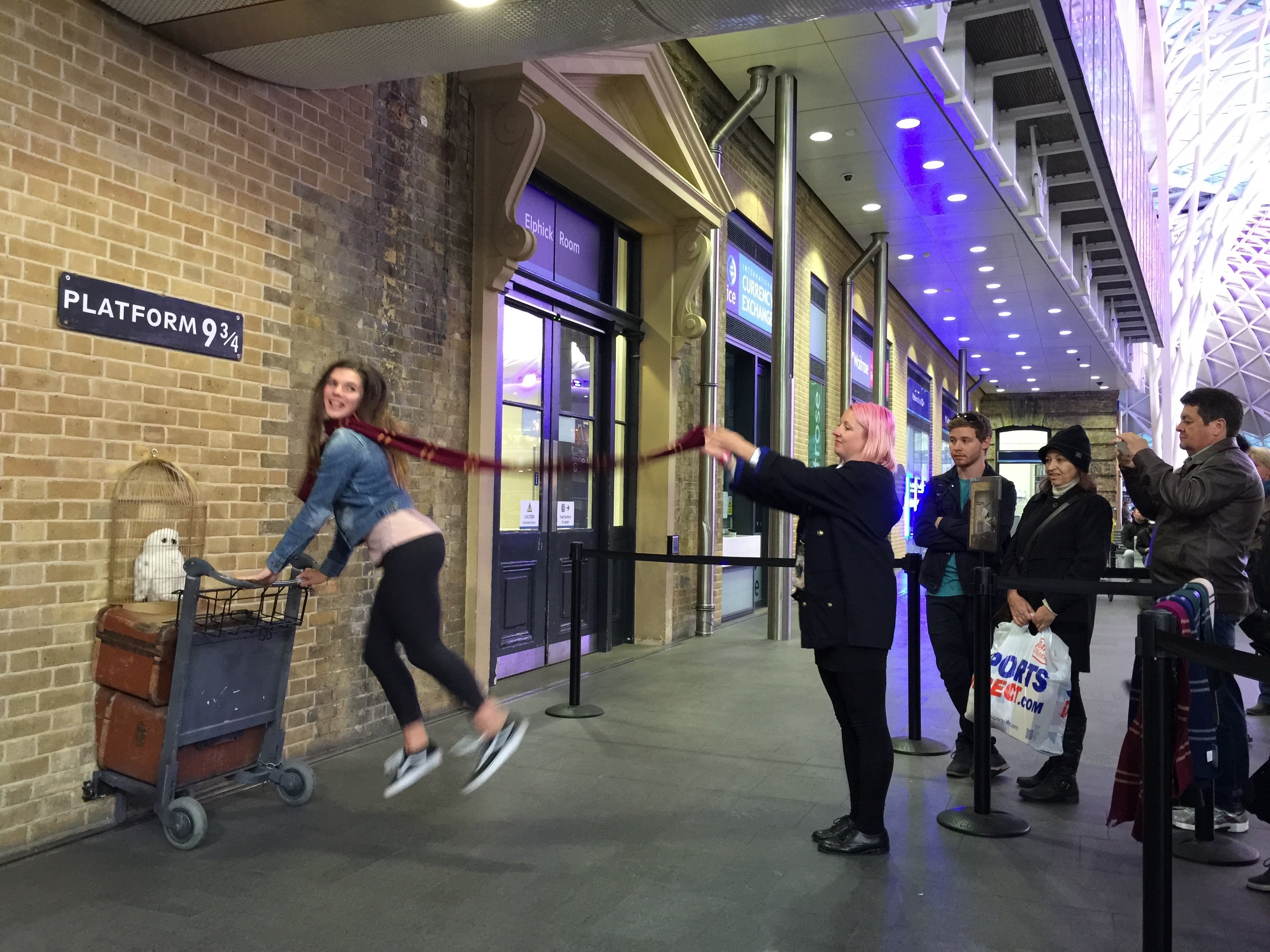 King’s Cross Station is next door to St Pancras International Station (St Pancras International).EurostarAt the terminal station in the UK (to the European continent), this is the most magnificent and unique railway station I have seen in London. It is well worth watching. After a day’s fatigue, I am really worried about whether the self-driving tour tomorrow will be affected. This is simply the rhythm of life.

To sum up: No. 15 and No. 23 double-decker buses can basically link up all the important attractions in central London. Don't be afraid to ride backwards, because the interval between each stop is very short. When you go up to the roof, you can also enjoy London. Great view for mobileObservation deck(Remember to buy the Daytravel ticket, so you can take the subway and bus at will). The story is not over, to be continued... 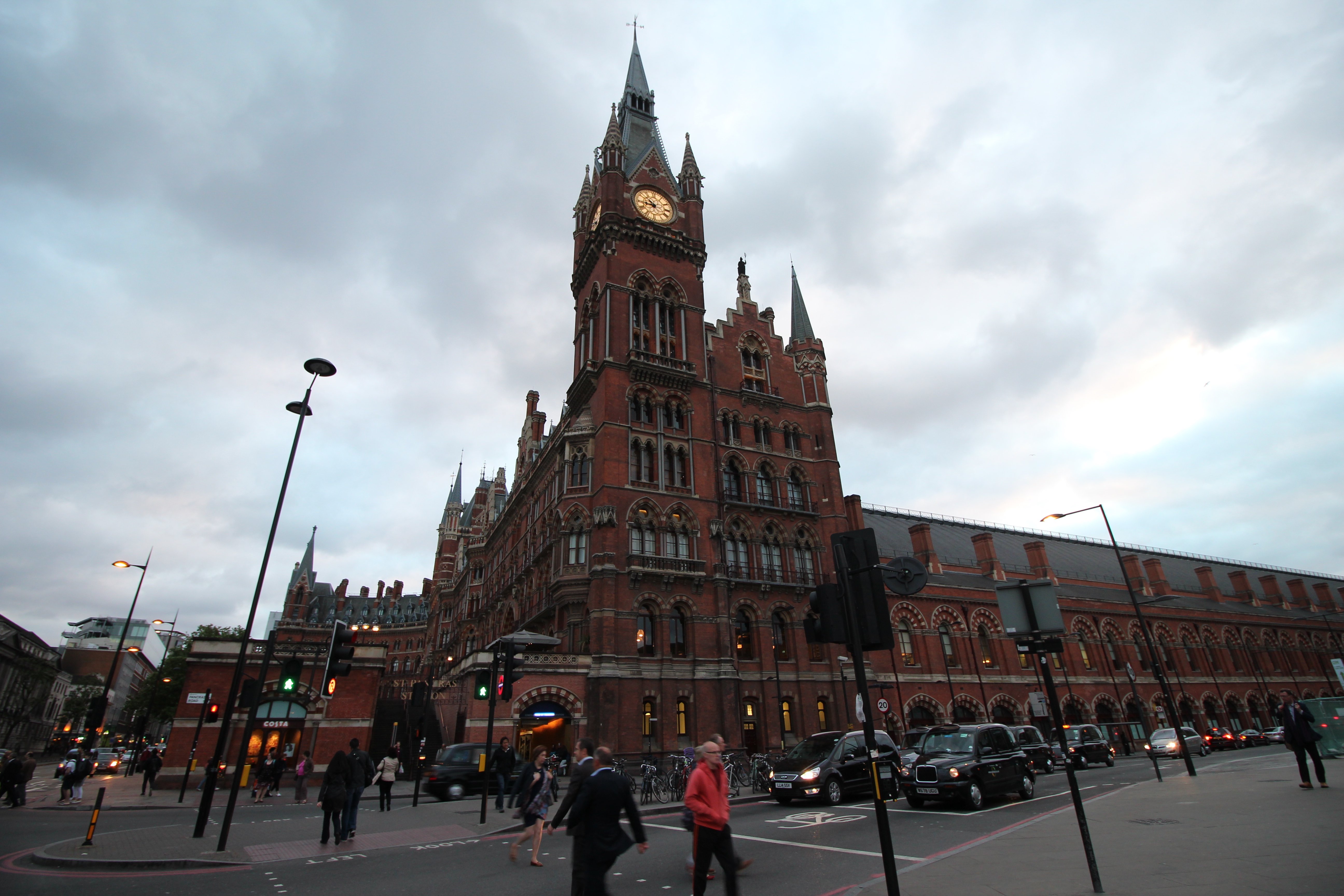 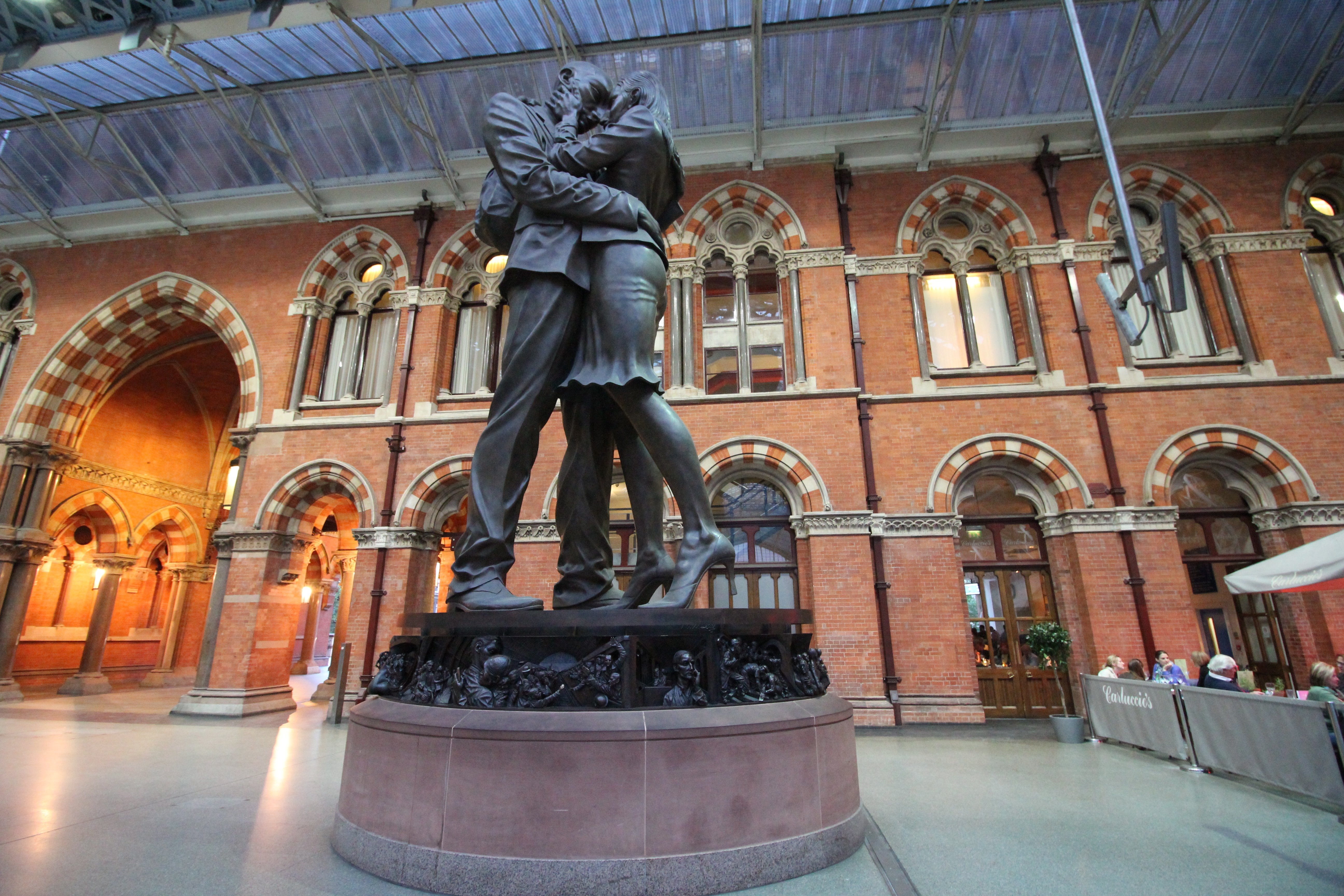 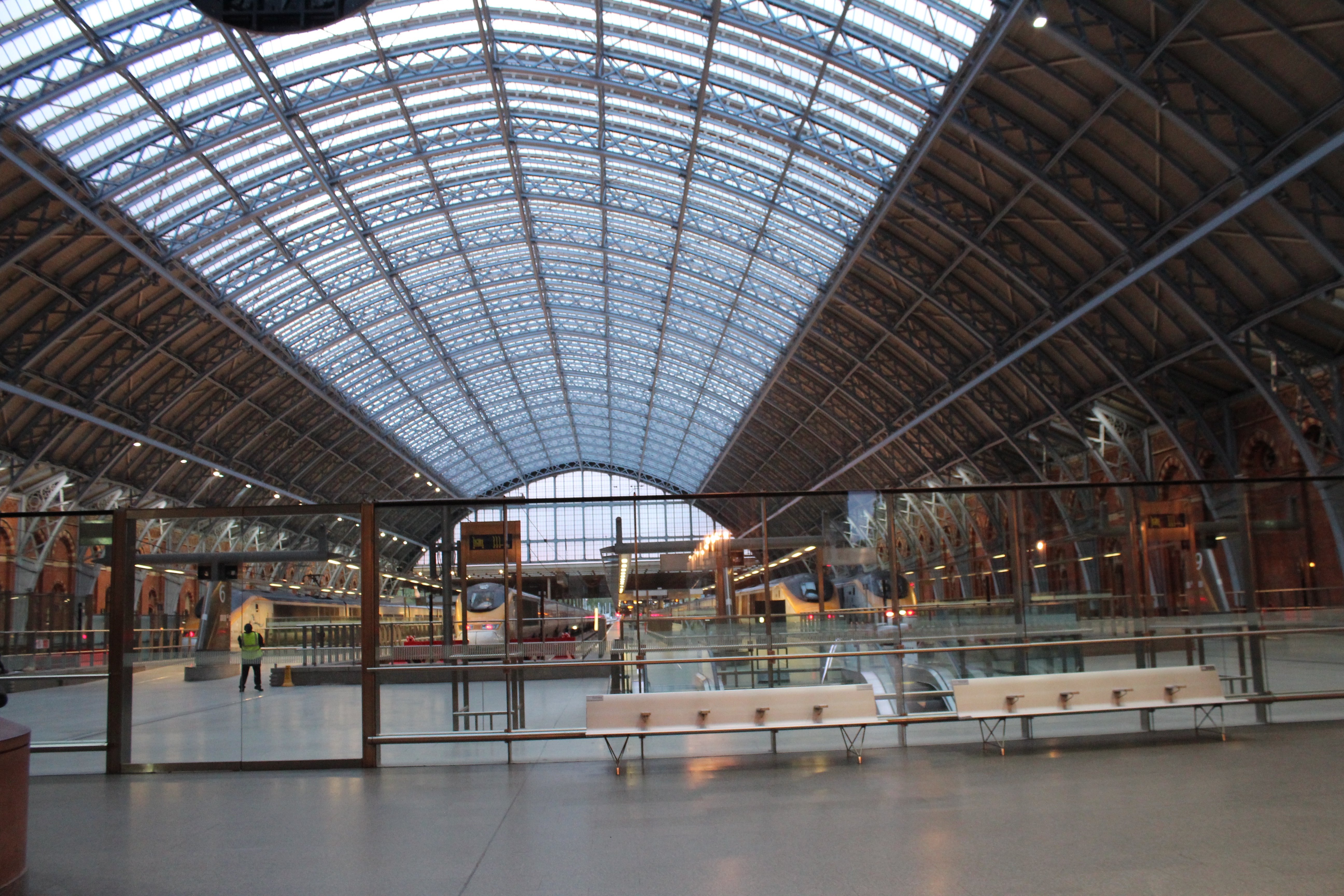 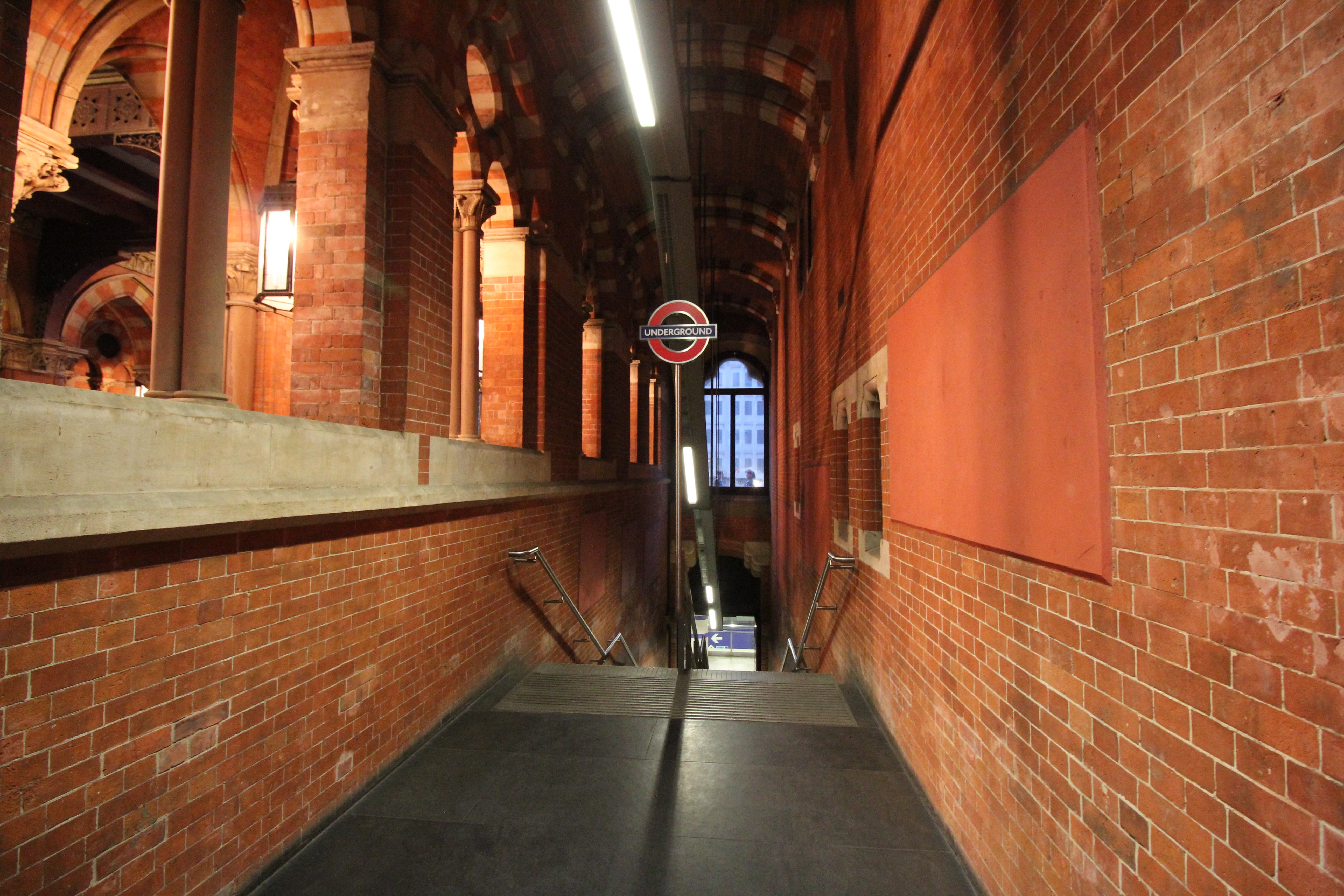 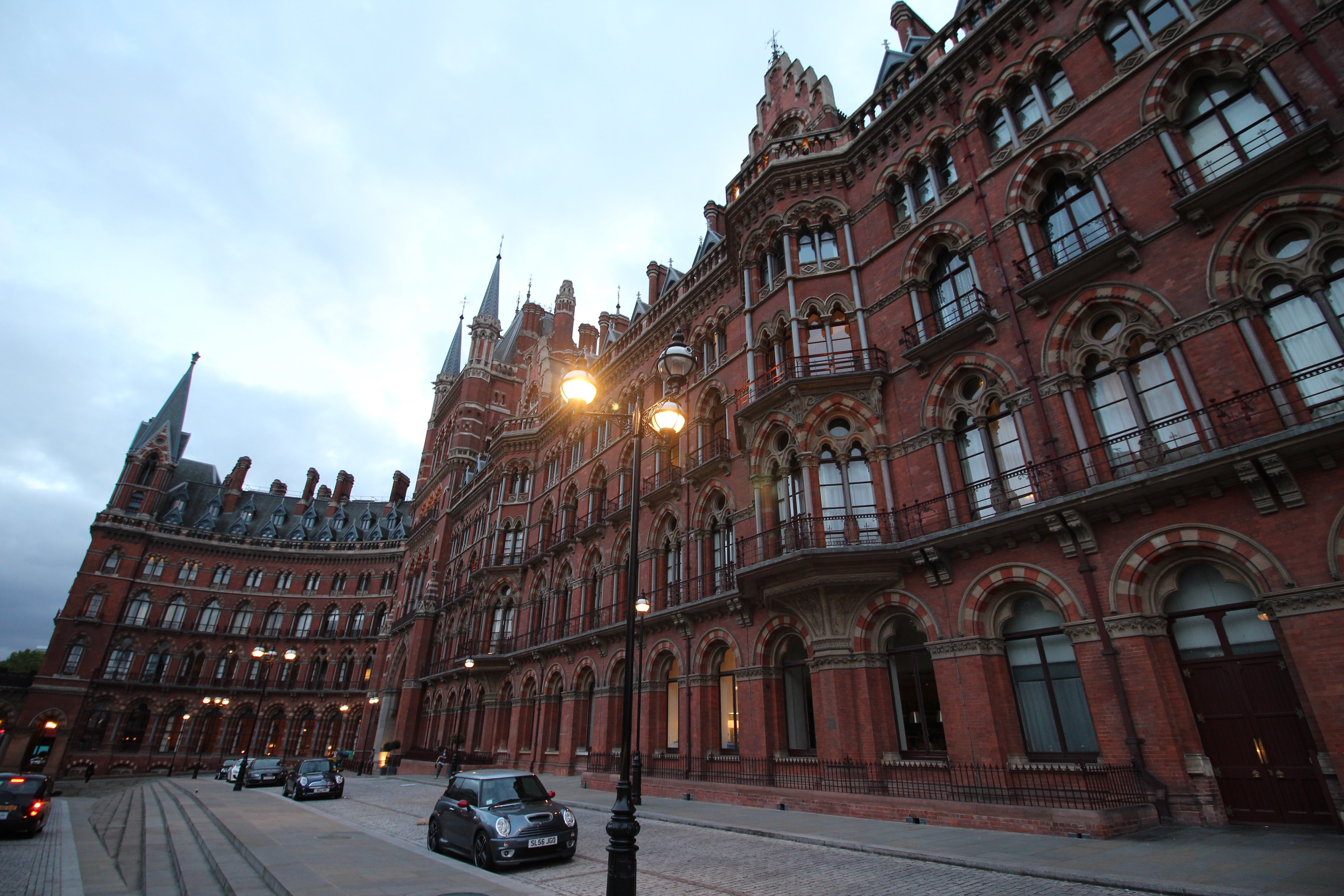 wait for me! go together! Tasmania’s Must-Visit Destinations You Don’t Know‏

Cool! Did you make a mistake? The special round-trip air ticket from Australia is only $270? Let's grab it! ‏

Where local Australians know about 12 fascinating attractions around Sydney‏

Melbourne's dreamy pink lake has become pink again, it is near the city center, hurry up and see! It's gone after a while

Attention everyone: Melbourne will be transformed during the New Year! Have you prepared everything in advance?