God! The Australian government has made a new move! Deposit is taxable! Profits from overseas house sales must be confiscated 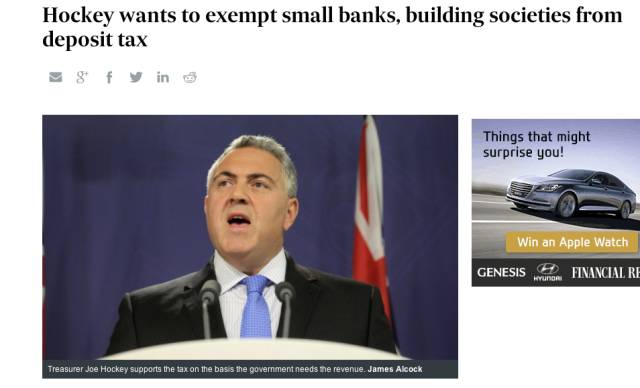 The Finance Minister said that the money was used by the government to guarantee people’s deposits in banks, and the tax on deposits received would be placed in a fund called "financial stability" and used to protect depositors from possible bank failures. The negative impact brought about, grandly converted the idea of ​​filling the treasury into "good for serving the people."

Tax revenue has been included in the government budget on January 2016, 1, and 1% of the deposits come from the four major banks. This will bring a big blow to the big four banks, but small banks and credit unions can be exempted from deposit tax. 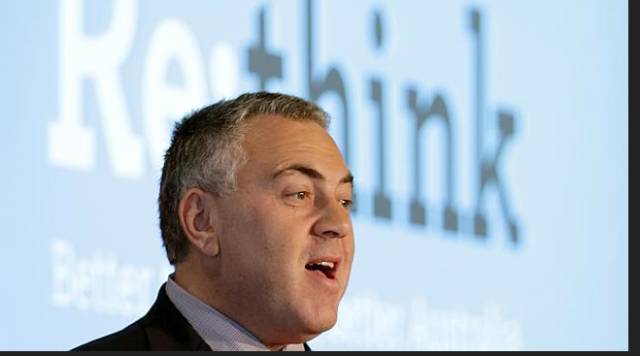 Hockey insisted that the government needs this deposit tax. However, with regard to the deposit tax plan, the main worry is that this plan may cause some internal conflicts and contradictions.

ABA CEO Munchenberg said that the four major banks are likely to transfer their increased costs due to deposit taxes to customers. Munchenberg also stated that it is unfair to allow customers to bear this cost and spend money on the tax plan. Munchenberg added that this plan would be detrimental to small borrowers because they tend to have higher deposits.

Munchberg emphasized that regardless of whether the deposit tax is ultimately targeted at the Big Four banks or all banks must follow, the ABA will always oppose this tax plan.

What is puzzling is that Hockey did not immediately support it when the deposit tax was first proposed. And now, why would he strongly support this previously not optimistic plan? In any case, the Labor Party will make the final decision on deposit tax, hoping that the final decision can take into account the voices from the banks.

Mr. Hockey will submit the deposit tax proposal to the Cabinet next week.

As soon as I finished talking about paying deposit tax, the finance minister still felt that the replenishment amount was not enough, and he hit overseas investors with a smashing blow: If an overseas person sells a house, the profit must be paid back to the government! !

Recently, several foreign investors have been asked to sell six properties in cities including Sydney, Brisbane and Perth. The government is also investigating another 6 cases involving foreigners in illegal property purchases, most of which involve Chinese buyers. 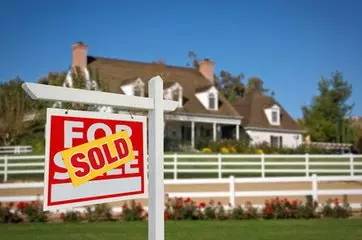 According to current regulations, the illegal purchase of second-hand houses will face a fine of up to 12.75 Australian dollars or three years in prison. They will also be fined 25% of the purchase price.

The government’s current policy is very clear: Overseas investors can only buy new houses when buying houses in Australia, while overseas people with Australian visas can buy second-hand houses, but they cannot sublet or resell them. They must sell them when they leave the country and cannot profit from it.

This means that Chinese citizens who have obtained temporary visas for Australia have completely shattered the plan of "reliance on housing for education" held by Chinese students. Not only cannot be rented out to others, but it must also be bought to others with zero profit. If profits are generated from the sale, they can only be turned over to the Australian government.

Many illegal homebuyers are likely to be introduced by acquaintances or intermediary agencies, and under the premise of violating the above regulations, they bought Australian real estate or obtained illegal benefits. In this way, once the relevant government departments find out, overseas buyers will face huge fines and severe penalties.

You think too much! Can Australia travel visa and student visa enter New Zealand? Just look at it and you'll find out

Need a reason to immigrate to Australia? See if these are enough‏