This is a major event in the sports world. This is the first time that a Chinese has won the world championship in this event.

This is also a major event for Chinese women. Xiaoxianrou has conquered the swimming lanes and also conquered the women's Weibo and circle of friends.

Women said one after another that they can rely on face, but they rely on strength.

In fact, they really don't care about Xiaoxianrou's competition strength. The height of 1 meters, strong chest, six-pack abs, mermaid line, and good skin are the strengths.

In other words, there are a lot of small fresh meat in the swimming world, far more than the weightlifting world. Is there any fresh-keeping secret in the middle of this gap?

The 22-year-old Ning Zetao became popular when he was not wearing clothes.

When the men focused on the breakthrough represented by the gold medal of the world swimming XNUMXm championship, which is comparable to the gold medal of Liu Xiang's Athens Olympics, young women and girls all turned on the nympho mode.

In addition to swiping the pictures, they also left comments on Ning Zetao's Weibo.

The reason for the madness is that Xiao Xianrou is too handsome.

When interviewed after the game, Ning Zetao, who was born in 1993, had a youthful look on his face, already brightening the eyes of blind female audiences.

With a height of 1 meters, six pack abs, and a perfect body like a PS, I couldn't help but shoot up and down in the interview after the game. I had to give the photographer a thumbs up.

Some people say that Ning Zetao has a righteous baby face, 1 meters tall with a sexy dog ​​waist, and combined with strength, it is fully in line with all the characteristics of a male god.

What is a dog's waist? In fact, men move from the ribs to the hips, and their waists shrink quickly, forming sexy lines. Because this line is similar to the waist curve of a dog, it is named "Gonggong Waist".

This is not the first time that Ning Zetao, who has a dog-like waist, has caused a nationwide nympho trend.

In the 2014 Incheon Asian Games, Ning Zetao won four gold medals. Especially in the men's 4×100 medley relay competition, Ning Zetao, who swam the last shot, was 25 meters behind, chasing and achieving a big reversal, and finally beat the Japanese team to win the gold medal.

His outstanding performance has also attracted the appreciation of beautiful exotic athletes. The South Korean goddess of rhythmic gymnastics, Sun Yan, once said in the show that "I admire Ning Zetao very much".

However, the attitude of netizens is clear, "Ning Zetao, you can't marry a foreign girl!"

At least currently, Ning Zetao is unlikely to marry a foreign girl because he is a soldier. Ning Zetao, 22, became popular all over the country overnight

Why is the swimming world rich in small fresh meat? 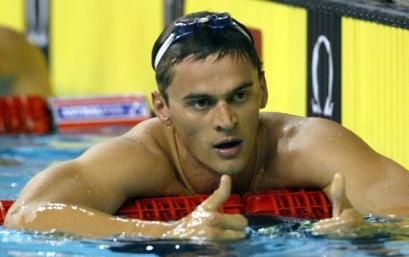 In fact, in the men’s swimming world, apart from Ning Zetao, Sun Yang, who won the 400-meter and 800-meter freestyle consecutively before, and the 200-meter medley bronze medallist Wang Shun, breaststroke player Li Xiang, and backstroke player Xu Jiayu, are all white. Good tall and tall.

In addition to the Chinese team, the world swimming has also played long-legged male gods such as Popov, Hoganband, and Thorpe, which fascinated a female audience.

Why are swimmers so stylish?

Of course, you have to have a nice face first, and you have to rely on your parents. Ning Zetao said: "My appearance was only given by my parents, so I am very grateful to my parents for giving me such a good skin."

Although the upper body is longer than the lower body is not in line with the general aesthetics, the swimmers themselves are tall, such as Sun Yang 1 meters, Ning Zetao 98 meters, and Wang Shun 1 meters.

With this base, even if the lower body is shorter than the upper body, it is still longer than ordinary people like you and me. In addition to the height and long arms, all of them are models.

In addition, when swimming, a person’s arms and legs are kicked or crossed, and even the muscles of the whole body such as neck, chest, back, waist, buttocks are involved in coordinated movement, and the whole body is quite symmetrical.

Furthermore, the resistance of water is more than 800 times greater than that of air, which can increase the intensity of exercise. But this intensity is different from equipment training on land, it is very soft. The intensity of training is easy to control within the aerobic domain, and it will not grow very hard muscles, which can make the lines of the whole body smooth and beautiful.

At the same time, the flow of water also has a good massage effect on the skin, making the skin more elastic and shiny. In addition, athletes train in the indoor swimming pool all year round, avoiding the wind and sun.

Under various external conditions, coupled with diligent training with small fresh meat, the eight-pack abs is naturally not a problem.

No wonder that when the awards were presented last night, some female audience members could not help shouting in front of the TV, "Why do they wear a jacket to receive the award?"

Xiao Xianrou actually likes to be called a bun 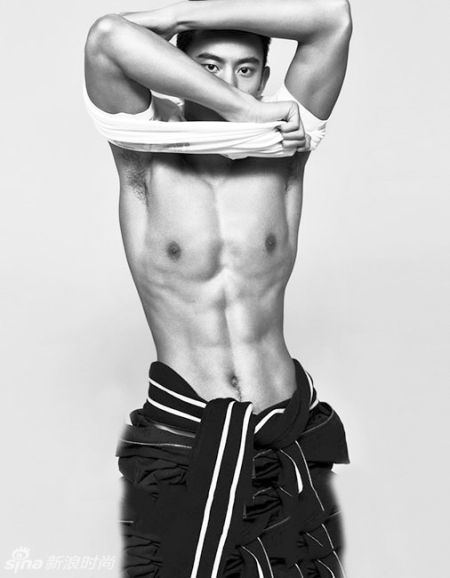 Last year, at the awards ceremony for the 2014 sports figures, Ning Zetao said in an interview: "At first I did not accept the nickname of Xiaoxianrou, but after a long time I accepted it. After all, everyone loves me. Personally. I like the nickname of the bun the most because I have a round face when I was young."

Before Ning Zetao shot an advertising poster for a high-end fashion brand, netizens left messages: "This is too high-end!" and "The overbearing president has a sense of sight!"

However, since the 2014 Incheon Asian Games became famous, Ning Zetao has maintained a humble attitude, bowing to the audience every time after swimming ashore.

At the pre-match press conference of the Beijing Short Swimming World Cup, Ning Zetao used "brother and sister" to greet the media reporters, which once caused a lot of laughter at the press conference.

After winning the championship last night, many netizens have already called Ning Zetao the "male god".

However, Ning Zetao said before, “I don’t want to be a male god. I hope I can be a role model and deliver positive energy to everyone.”

Because a large number of girls on Weibo started to screen with "Ning Zetao Girlfriend" and took selfies, and there were also a group of female fans who were going to be Mrs. Ning to snap a horse.

But there is only one small fresh meat, we have already taught the secrets of preservation, girlfriends and wives, immediately use it to make the man next to you a small fresh meat.

Who said Australia has fallen out of favor? The total number of international tourists in Australia exceeds 700 million for the first time! Chinese customers are most willing to spend money‏

The world's most livable is made like this! I am a Virgo, I am Melbourne! ‏