Go up! Why does the average life expectancy of Hong Kong people who live in snail lives are the highest in the world? ‏

Why do Hong Kong people under great pressure have the highest life expectancy in the world? "Hong Kong women of the same age look at least 10 years younger than women in the Mainland."

Speaking of the secret of longevity of Hong Kong people, an efficient and low-cost public medical system is a solid guarantee for public health. The high level of Hong Kong doctors and high income allow Hong Kong people to experience good medical practices, the world’s most advanced medical equipment and hardware facilities The medical experience is guaranteed, the drug introduction system synchronized with the world allows Hong Kong residents to use the world's most advanced drugs, the rich and comprehensive Hong Kong medical insurance plan reduces the burden of serious illnesses, and Hong Kong’s unique dietary regimen is also indispensable. 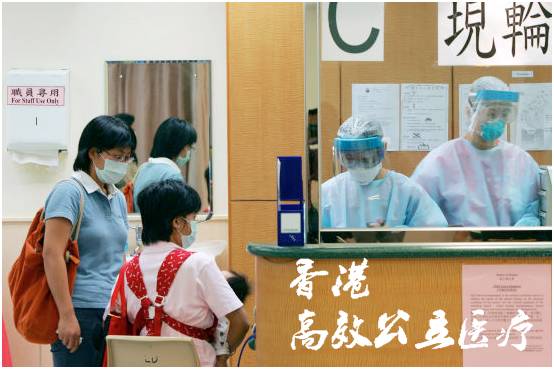 Under these conditions, it is a miracle that Hong Kong people have the highest life expectancy in the world. Among them, Hong Kong's public medical system is undoubtedly the most important thing to remember.

How much does it cost to stay in a public hospital if Hong Kong people get seriously ill? The answer is 100 Hong Kong dollars per day. All meals, hospitalization, medication, and surgical expenses are included, even for large-scale malignant tumor surgeries and cardiovascular and cerebrovascular surgeries. If the patient has financial difficulties, even the 100 yuan can be reduced. In terms of daily health care, most of the expenses for routine child health care, student health care, medical examinations for the elderly, treatment of chronic diseases, and vaccination in the public medical system are free.

The editor had suffered from thrush when he first arrived in Hong Kong. When he first discovered it, he went to a private family doctor for treatment. The consultation fee and a bottle of medicine cost HK$340. As he has not recovered, the editor then went to the pharmacy to buy the same medicine to continue taking it at a cost of 80 Hong Kong dollars per bottle. In the last routine physical examination, I went to a public hospital for medical treatment. The doctor prescribed 4 bottles of the same syrup with one prescription, and the cost was zero.

Hong Kong follows the British-style universal health service system. On the one hand, the Department of Health adheres to the mission of "not tolerating failure to obtain adequate medical services due to financial difficulties", and on the other hand, it does not charge higher income people more. Therefore, medical care has always been the mainstay of government expenditure. The 2013-2014 budget shows that the Hong Kong government’s medical expenditure is expected to be 537 trillion Hong Kong dollars, accounting for nearly 20% of the government’s current expenditure. This does not include long-term care for the elderly and the disabled (included in "welfare expenditures"). Statistics show that the government's subsidy to hospitals for every Hong Kong citizen is as high as HK$3190 per day. The 100 yuan paid by the patient only accounts for 3% of medical costs. 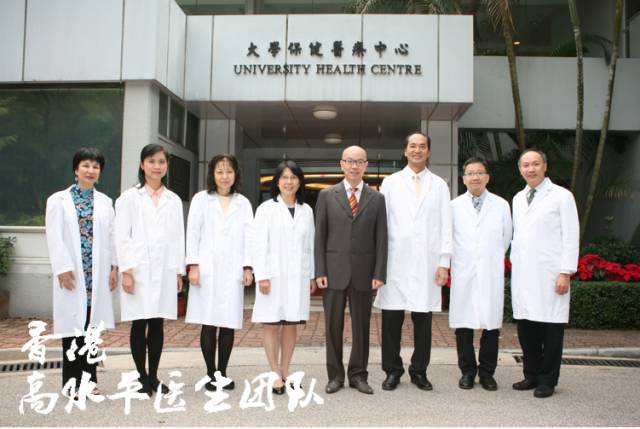 The most important thing about seeing a doctor is the doctor's medical skills, and the medical skills of doctors in Hong Kong are absolutely world-class. Doctors in Hong Kong are among the elite of society. Almost all practitioners in Hong Kong have a doctoral degree, and either graduated from a first-class local medical school (such as the University of Hong Kong and the Chinese University of Hong Kong), or have advanced studies in Commonwealth countries, and only the highest Only the top students can go to the medical school, and the study time of specialist doctors is more than ten years. Because it is taught in English, doctors in Hong Kong can learn about the world's most advanced medical resources and treatment methods in a timely and effective manner, and share case experience with doctors around the world, which greatly expands their vision.

Famous doctors in Hong Kong are often jokingly called "lunar people" or even "planet people", which means that their monthly or even weekly salary can be as high as one million (Cantonese commonly call one million Hong Kong dollars for "one ball"), and even nurses are highly paid in Hong Kong. The top salaries of medical staff correspond to Hong Kong's world-class medical standards. Such a medical system is undoubtedly a huge money-burning machine. However, what many people do not expect is that the medical expenses of ordinary citizens in Hong Kong are very low.

Hong Kong's doctor supervision system is complete and strict. Any small mistake may permanently disqualify doctors from practicing medicine. Even prescribing expensive medicines to patients will face up to seven years in prison. Doctors have high social status and income, and doctors dare not and have no motivation to make money from patients. This makes the environment for medical treatment pure. Doctors are only interested in the patient's disease and establish their own reputation, and there will be no intense conflicts between doctors and patients.

The most advanced medical equipment and hardware facilities

Hong Kong’s city is small and crowded, but it also has small benefits. For example, first aid is very efficient, 90% of ambulance calls can be reached within 12 minutes, and a large number of heart disease and severely injured people can be rescued within "prime time". Public places in Hong Kong, such as subway stations and shopping malls, are crowded with people. Coupled with equipment such as cardiopulmonary resuscitation devices, most of the sudden patients can get timely treatment.

Every time I see a doctor in Hong Kong, I feel like my brain opens up when I see what equipment the doctors use like surgical robots, stereo imaging B-ultrasound, etc. In the mainland, due to various unhealthy social phenomena such as intertwined benefits and rebates, the various equipment in hospitals are often not the most advanced. In Hong Kong, the social legal system is strict, and the government and all sectors of society's investment in medical care will be used on the blade, which has greatly promoted the progress of medical standards. 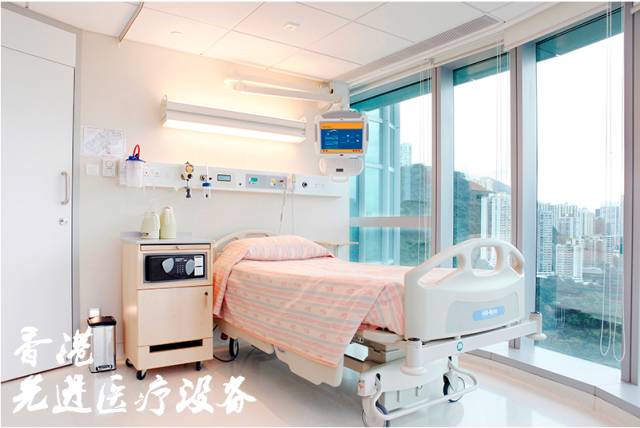 The introduction of medicines in Hong Kong is also in line with the world. The government will introduce the most advanced medicines in the world as soon as possible so that the people can take the best medicines. In the mainland, not only the introduction of new drugs is slow, but the control over the quality of domestically produced generic drugs is also weak. The same medicine bought in Hong Kong is much more effective than the one bought in China.

In Hong Kong, there has never been a patient delaying treatment because they cannot afford medicine. Government supervision is in place, the medical system is separated, and the circulation link is simple. With the goal of making the common people affordable and affordable, many medicines are much cheaper than in the mainland. Take the anti-tumor drug Herceptin (440mg/bottle) as an example. The price is RMB 24500 in China and HKD 18500 in Hong Kong. The difference is nearly XNUMX yuan. 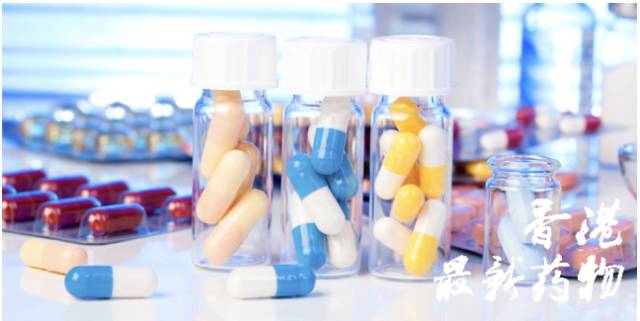 Take children’s life insurance and critical illness insurance as examples. The domestic insured amount can only be purchased at a maximum of 10 yuan (a medical examination is required for critical illnesses under the age of 40 or more than 30 for life insurance coverage), and the number of critical illnesses is about 50 If a serious illness occurs unfortunately, 30 yuan will not be enough to treat the disease in many cases. The meaning of insurance is to transfer our existing risks. What is the use of buying an insurance that can’t help us solve problems? There are no restrictions in this regard in Hong Kong. In terms of the types of serious diseases, there are generally about 10 types in China; in Hong Kong, there are generally more than 30 types, and there are additional 60 types of high-incidence diseases for children. In Hong Kong, under the age of 6, the insured amount is US$18 exempt from medical examination, and under the age of 25, the insured amount is under US$40. 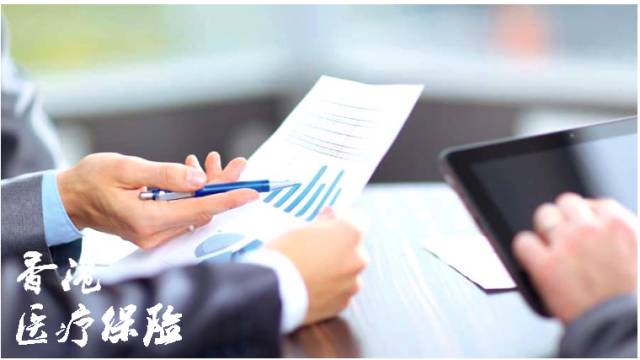 In addition to effective medical assistance, longevity is naturally inseparable from paying attention to health care. Although less than 5% of Hong Kong people have exercise habits under heavy work pressure, a healthy diet is the core of their health care. "Hong Kong women of the same age look at least 10 years younger than women in the Mainland." It is not surprising that Hong Kong people have the longest life expectancy in the world. She believes that compared with other regions, Hong Kong people are more willing to spend money to buy precious medicinal materials such as ginseng and ganoderma for their daily diet, so they can get more nutrition.

In Hong Kong, where China and the West are fused, health care is also contending. In addition to many people who like to use precious tonics such as ginseng, flower maw, bird's nest, and raw herbal materials to make soup, many western diet therapy also have a large number of followers. For example, "Buwei diet", which uses linseed oil, cottage cheese, and vegetarian food to nourish the body, is very popular, and successful cases are often seen in the media. Something big! Those who drive Toyota in Australia, be careful! Thousands of "fake airbags" have been mixed in....‏