Is it embarrassing to show off wealth? ! I went to Israel and finally understood why billionaires drive a broken car every day...‏

In the past two days, all Facebook boss Zuckerberg’s wife is finally pregnant! They are looking forward to the arrival of the little princess. Congratulations!

Every time they greet the attention of the public, there are indispensable comments, such as why Xiaozha wears the same clothes every day, why he is so rich and eats McDonald’s on the street, and why he drives a bad Japanese brand Toyota. , Why marry an ugly woman who looks like a mother... To be honest, I couldn't understand it two weeks ago.

In mid-July, I went to Israel. Investigation project plus tourism. The first time I went to this country, what I imagined in my mind was a place full of successful entrepreneurs, high-rise buildings, luxury cars everywhere, and rich people with famous brands.

When I arrived in Tel Aviv, I felt so lost. I felt like I went to the third world. It was even a bit like the second and third tier cities in China a few years ago. It was very shabby and very unplanned. All the cars on the street are not Korean Hyundai, if not Scout, the better ones are Japanese cars. No one was seen wearing designer clothes and carrying designer bags. (I stayed in Israel for a week and saw no more than 5 BMWs, no more than 10 Mercedes-Benzs, a few Land Rovers, and a Porsche. I didn't see a Ferrari, Lamborghini, or any sports car.) 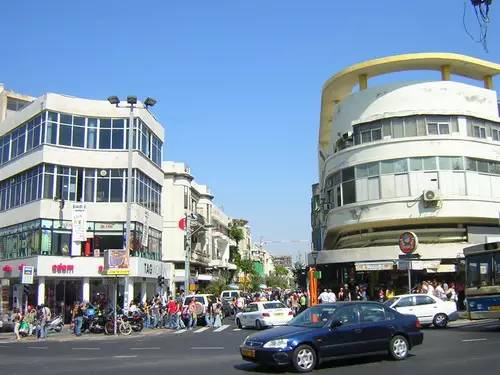 I met a very successful entrepreneur in Tel Aviv. He had already succeeded in starting a business in 2003 and sold the company for 7500 million US dollars. Later, he continued to start a business and was a member of the board of directors of many companies. Because I was interested in investing in his company, I came to Israel to do a field inspection.

He invited me to dinner. I was sitting in the bar outside the hotel while sipping a drink, thinking, what kind of car would a rich person drive to pick me up? Maybe this time I can see a luxury car in Israel.

Suddenly a taxi honked the horn, and my friend rolled down the window and called me to get in the car and take me to dinner. I was shocked. He said: It is difficult to park in Tel Aviv, so it is convenient not to drive. I refrained from asking: "Don't you have a driver?"

When we arrived at the restaurant, we ordered a very ordinary bottle of Israeli red wine and ordered two dishes to share. There is no luxury or waste.

In addition to talking about the company and their products, he also talked about his entrepreneurial experience. After successfully selling the business in 2003, he suddenly had 7500 million dollars and became a very young rich man. At this time he decided to study. In the years from 2003 to 2009, in addition to reading, he was reading, reading at least 6 hours a day, and got his PhD. Then he won the postdoc. Then he started his own business, and now it is the second company he founded after getting a postdoc in financing.

Talking and talking, we talked about his private life. Three years ago, his wife proposed to divorce him. He was very depressed. Six months ago, he met a 6-year-old woman with a 40-year-old child on a dating website. They fell in love. (I’m incredible to hear this. In China, does this kind of handsome man with gold need to go online to find love? And find a 2-year-old woman with children?)

However, his girlfriend lives in the northern city of Haifa, and he lives in Tel Aviv, making it difficult to communicate. I said, let her move in. He said, no, she needs her parents to help look after the baby. I said, can't you invite an aunt? You are so rich, you can afford to ask two!

What he said below made me think deeply. He said: Do you know, what we Jews advocate is frugalism. We think stinginess is a virtue. So if we are extravagant, wasteful, and show off our wealth, it will be embarrassing and will be looked down upon by everyone. If we hire a babysitter, our neighbors will think we are showing off or living a luxurious life. So we have to take care of our own children, not a nanny

I suddenly felt that Tel Aviv's shabbyness and tatters were understandable.

It is understandable that Zuckerberg does not wear famous brands, drives a very cheap car, and marries a woman who cannot be shown off. He is Jewish.

My friend said: I know I am very rich, and I will never spend my money. But I will not let my children be spoiled by money. I will donate most of the money to charity.

It seems that Zuckerberg is the same. Although his life is simple, he is not stingy at all for charity.

In fact, the Jewish culture is really good. Perhaps it is precisely because they do not pursue external things that they can focus more on creation, research, and learning! !

Although Israel is a small country, it is full of the latest technological inventions. Does it suddenly become very reasonable?

unbelievable! Didn't you bring a stove for barbecue? Don’t worry, we have a car.‏

My hometown in the northern hemisphere is scorching in summer. Look at Australia’s six essential sunscreens for summer‏