Since the WeChat official account opened to read, forward and like data last year, I have been following the changes in these data.My sample data mainly comes from two aspects: on the one hand, the account "professionalism" (zhuanyezhuyi1982) and the personal official account of several friends; on the other hand, I know how many people it follows through public reports or private channels. Media number & enterprise number.

In the "What kind of WeChat content is good to see the secret behind the cut? (1)In the article (the full text of the reply keyword "scissors" can be read), based on follow-up observations, I came to a conclusion that these data were later recognized by the industry:

The active open reading rate of WeChat users' public account push content is decreasing, and continues to decline over time.

The above data refers to the ordinary number under normal circumstances. Generally speaking, it refers to a relatively long statistical period. For example, a number with a high push frequency should be weighted and averaged at least in a period of one month; a number with a low push frequency should be weighted and averaged at a period of at least 20+ pushes. . Ordinary account refers to the subdivision of public account operators that do not belong to high-profile, public account operations, and are not long-term or practical services (such as traffic query, red envelope distribution), etc. These accounts should cover more than 1000% of the current 90 million WeChat official accounts that have been opened. 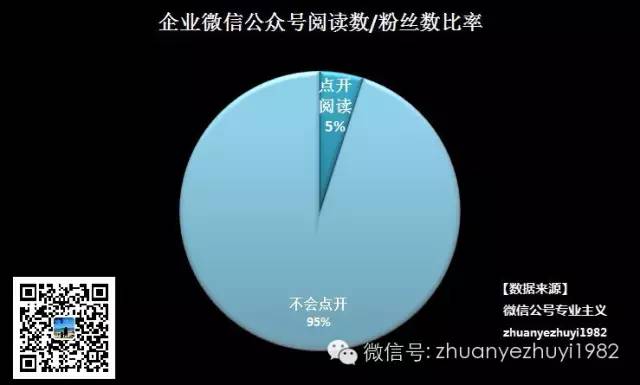 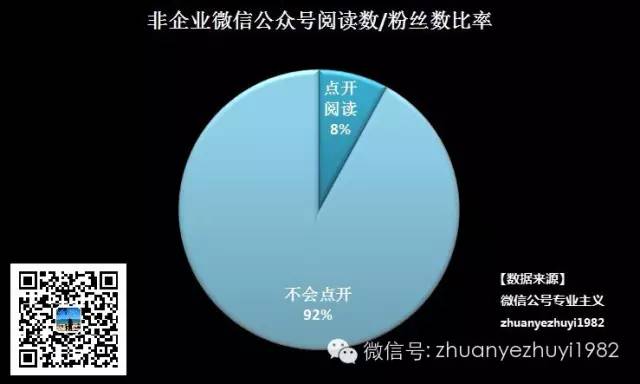 The well-known self-media person Qinglong Lao Thief recently posted an article "The Little Secret of One Hundred Thousand Likes +" (click the article to read the original text to view), pointing out that there are some loopholes in the WeChat public platform (we have contacted WeChat for official fixes), allowing WeChat articles Easily get fake likes.

Regarding the number of fans, reads, reposts & favorites, and likes of WeChat official accounts, it is actually an open secret in the industry. Most people who are deceived in the dark are testing the waters of new media but don’t know much about it. bosses.

There are three main types of people who spend money on fraud:

In reality, I often hear that some corporate WeChat public account operators are proud to be there, "Our account has more than 50 fans" and "how many new fans have been added since last time", but they pay attention to this account for half a month. It is found that the number of readings per month is less than 1 (the ratio of readings/fans is less than 2%), which can only explain two situations:A. Fans faked and bought a bunch of zombie fans; B. The average ratio was not reached, and the operators didn't care about their operations.

On a certain online shopping platform, although "According to relevant laws, regulations and policies, XXXXX related treasures cannot be displayed", some keywords related to "WeChat official account buying fans, buying reading volume, etc." have been blocked, but they have not been completely blocked. For example, I searched it and found "1046 baby items" (as shown below):

Randomly found three of the merchants to inquire about prices. The prices are related to the amount of purchase (large purchases, discounts), but the approximate prices for fraudulent WeChat official accounts are as follows.

That is,Only spend 600 yuan to get 10+ hot articles. In fact, WeChat officials have always been unrelenting in cracking down on this type of data fraud. If it is found that there is an official account who buys fans to obtain the qualification of opening Guangdiantong (opening requires at least 5 fans), it is basically a banning process.

I don't know the technology, and I don't know what bugs in the system are used to achieve fraud. However, judging from the transaction volume and evaluation of the online shopping platforms mentioned above, as of the time of this article, the possibility of fraud still exists, and the business volume is not small. 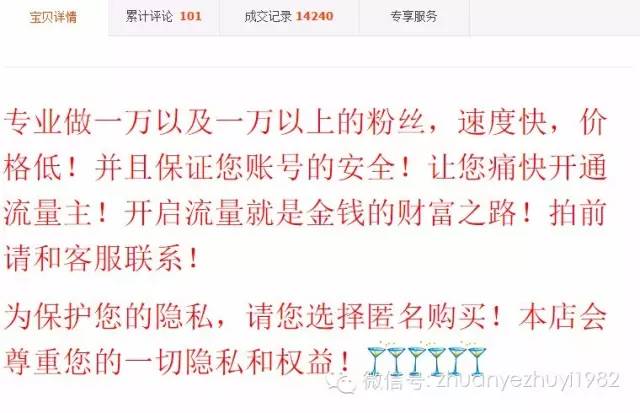 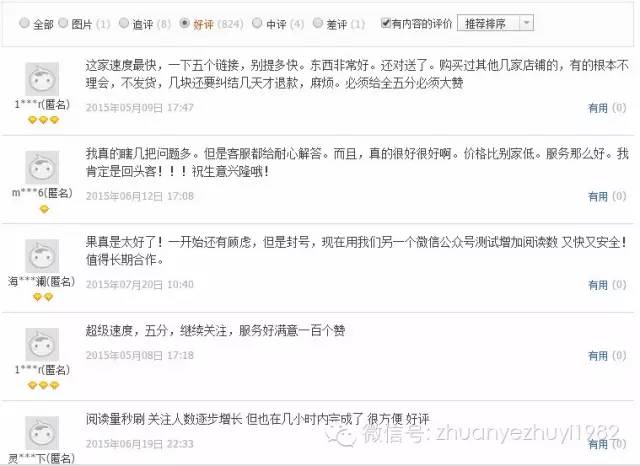 It’s especially important to note thatIn view of the fact that fraudulent acts are violations of regulations and "privacy protection", more transactions and repeated transactions may be conducted behind the scenes through non-online shopping platforms. I personally hope that WeChat officials can use technical means to plug these fraud loopholes.

Taking a step back, if fraud cannot be effectively curbed temporarily, is there a relatively simple way to prevent it?

The answer is yes.

The simplest way is a consensus that I reached after discussing with many media and new media colleagues: new media is only a channel, the core is still the content, and the form still serves the content;People with a background in media will be particularly aware of the rules of dissemination and content production. They may not be able to make popular and good content by themselves (but they must be able to produce content that is above the qualified line), but they can almost see the content at a glance Good or bad, before you push related content, you can rely on professionalism and media knowledge, basic perception and prediction of what kind of communication effect it will bring. There is no such ability, just like an oil seller, only familiar with it.

In other words, if a company is determined to make some movement and effects on new media (social media), rather than just fooling and dealing with the boss, hire a person with media background and relatively rich media experience as a consultant or Traders will avoid many detours and save a lot of costs. On the surface, the labor cost will be relatively high, but compared with the benefits that TA can bring to the enterprise, especially the ineffective expenditure saved, it can be regarded as a small expenditure.

The second best method of identification is to review the various ratios mentioned above to assess whether or not it is fraudulent.For example, if the number of followers of the company's WeChat official account is 50, the number of readings of an article reported reaches 31000, the number of likes is 150, and the number of reposts & favorites is 780.Then its several ratios are:

In view of the huge difference between the latter two ratios and the normal data, which is far beyond the explanation of the error, the data in this article can basically confirm the existence of fraud (cannot be 100% confirmed). In order to further confirm whether it is fraudulent, operators can provide WeChat public account background data analysis graphs to prove that, under normal circumstances, the reading trend of WeChat public account push content will show the following two trends: 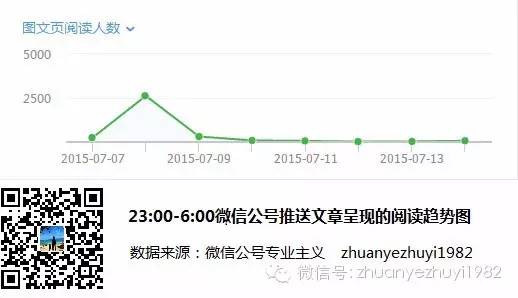 If fraudulent, very oftenSteep crest——Although some fraudulent businesses claim that they can slowly increase the number of readings, in fact, unless they can accurately predict the number of people reading independently in each time period, it will be difficult to form a curve that conforms to the spread trend; combined with the aforementioned various ratio problems, fraud It is necessary to interlock and calculate every link with absolute precision. Uncontrollability has been greatly enhanced, and the cost of fraud will also be greatly increased.

In other words, such fraud becomes uncontrollable and uneconomical.

The last way to prevent fraud is from the internal system design of the enterprise. MyselfIt is opposed to KPI assessment based solely on the relevant data of the WeChat official account, and it is also opposed to simply rewarding 10+ popular articles. Otherwise, after weighing the gains and losses and the cost of fraud, the company's official account operators may take risks to fool and deceive the boss..

If KPI assessment based on simple data is not used, what can be used to measure the performance of the company's self-media?

This is a problem that may be a headache for many companies. I will try again when I have the opportunity.

OMG! The source becomes a fan! Sales become a fan! Australian purchasing agent has many doubts‏

Xiaodai cried! This year is extremely cold and the cow is in a bad mood! Australian milk powder is out of stock! ‏