Absolutely true! There are demolitions in Australia! Chinese people should be careful about buying and building houses‏

The first choice of Chinese when buying a house must be a new house, because the impression has always been: newer = more valuable. However, sometimes houses in Australia are more valuable as they get older. The design and building materials of these old houses belong to the last century, and the history is difficult to copy, so they are sought after by many people. In addition, living in these distinctive old houses more reveals the owner's taste and superiority, and therefore sets high sales prices from time to time.

A recent construction copyright lawsuit in Queensland has sounded the alarm for the vast majority of Chinese people to buy and build houses.

According to the "Daily Mail" report, the Cairns High Court sentenced that a house in Port Douglas violated construction copyright laws. Construction copyright professor and lawyer Mark Williams said that the copyright owner was very smart and protected their house well.

It is reported that the illegal homeowners are John and Edith Breden, and they paid a local builder of $100 million to copy the 115 million mansion of veterinary neighbor Stephen Coles. The latter heard that someone had copied his own house and bought the copyright from the designer for $110. The case took two years, and the court finally concluded that the two houses were too similar, so the Bredens violated the law.

At present, the front of the Bredens house is full of scaffolding, and many places need to be demolished. In this case, the builders claimed that they only acted according to their own rules and did not violate the law. It is reported that the house of veterinarian Stephen Coles is extremely luxurious, with an 8-seat movie theater, a screen covering the entire wall, and a private tropical garden.

Dr. Williams explained that most copyright cases are divided into two categories: In the first category, the home construction project architect first creates his own design creation, and copies this creation to 200-300 houses, and then his design is stolen. The second category is "the best in the market" or "one-off ideas". Among them, "homeowners spend a lot of money on designing houses and buying out copyrights. They absolutely don't want their designs to be replaced by others on the same street." A copy of another house on one end."

Dr. Williams also said that the process of deciding on the originality of the design may be quite difficult, but the final judgment will come down to ordinary people looking at two side-by-side houses to decide whether the design is copied. However, this may not be a set of criteria for judgment. 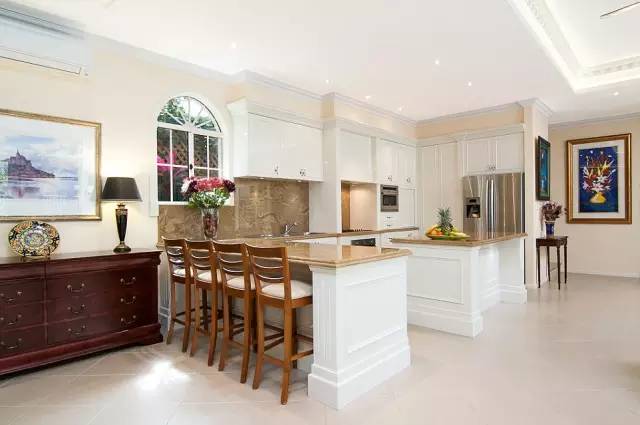 On August 8, Judge Jim Hunry issued a verdict in favor of Mr. Coles and ordered a large-scale visual reconstruction of the mansion.

In addition, with regard to buildings in the old age, Australia has a very sound system to identify, protect and conserve buildings with historical and cultural value, including private residences, and has different historical and cultural locations or registers (Heritage Listing). So when buying these old houses, you must check with the city council whether the property you intend to buy is on the register.

If the property is listed on the register, any future renovations, renovations, alterations or exterior paintings require permission. However, the city government generally pays more attention to the appearance of the front of the house, and the internal decoration, such as remodeling the bathroom, kitchen, and adding some modern facilities at the back of the house, will be easily approved. Generally, there is no need to apply for daily simple repairs, and the owners are not obliged to repair houses listed as historical relics.

Historical houses cannot be demolished and rebuilt, but owners do not need to apply if they want to sell or rent

Freshly baked! The highlights of the Shenzhen "Overseas Chinese Fair" are constantly coming, and the crowds are on the lookout! ! ‏